The Third Reconstruction and millions of other books are available for Amazon Kindle. Learn more 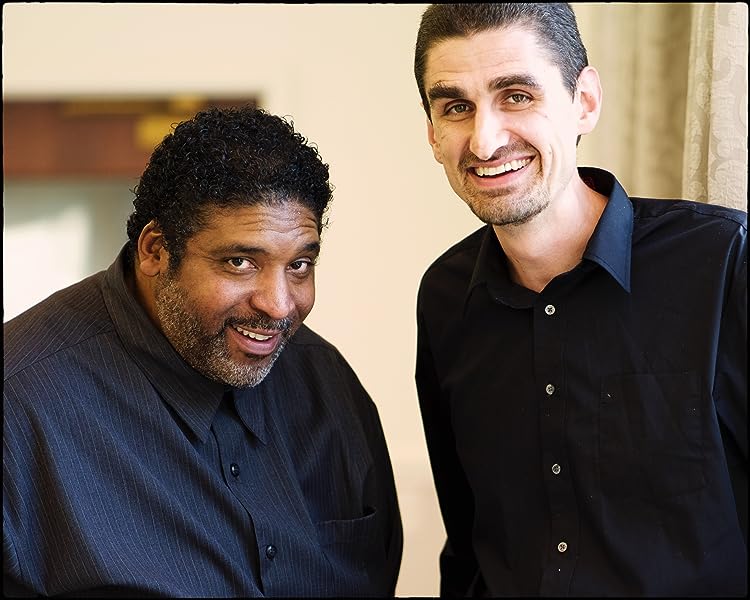 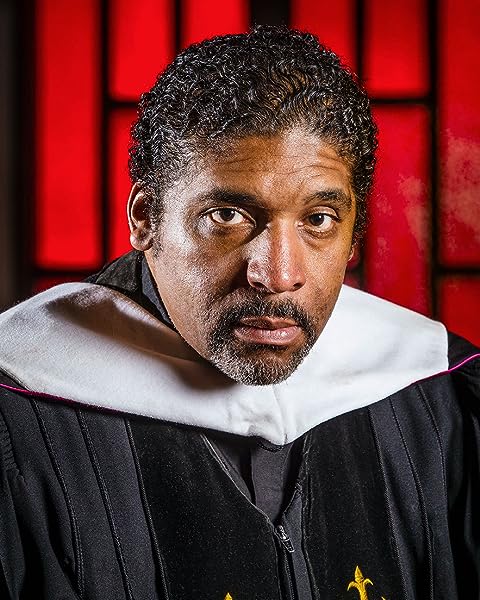 The Third Reconstruction: How a Moral Movement Is Overcoming the Politics of Division and Fear Paperback – October 18, 2016

“A battle-hardened pastor calls for a faith-based, grass-roots movement for social justice...It’s the religious component that makes his story particularly interesting. Fully aware of the suspicion Bible-speak arouses in modern progressive circles, the author still insists on viewing the justice struggle through a moral prism, one always backstopped by ‘a Higher Power.’...A heartfelt dose of old-time religion mixed with modern-day activism.”
—Kirkus Reviews

“William Barber is the closest person we have to Martin Luther King, Jr. in our midst. His life and witness is shot through with spiritual maturity, subversive memory, and personal integrity. This book lays bare his prophetic vision, historical analysis, and courageous praxis.”
—Cornel West, author of Black Prophetic Fire

“Reverend William Barber and his allies are at the forefront of a new movement for justice our nation’s children and families desperately need. This book presents a blueprint for moving forward together.”
—Marian Wright Edelman, Founder of the Children’s Defense Fund and author of The Measure of Our Success

“The Third Reconstruction could not have come at a more critical time. It is breathtakingly insightful and unapologetically honest. Rev. William Barber offers an irresistible invitation to explore history as a gateway to not just our future, but our present.”
—Jennifer R. Farmer, Advancement Project

“History doesn’t just happen. History is made. Right now in North Carolina there is a movement that’s making history, and it is spreading across the land. This book is the memoir of that movement. On these pages, revival and revolution are friends, Jesus and justice kiss, evangelism and liberation are inseparable partners. Far more than a book, this is a daring call to get into the streets and be a part of the history-making, as we interrupt the patterns of injustice and build a better world.”
—Shane Claiborne, activist and author of The Irresistible Revolution

“William J. Barber II is both a pastor and a prophet. The Third Reconstruction is a powerful account of a new movement in North Carolina that is teaching us four things: that ideological extremism which targets the most vulnerable is best countered by a moral movement and not a partisan one, that single issue agendas must flow into integrated visions for social justice and the common good, that multiracial movements are needed to build both racial and economic justice, and that the willingness to sacrifice outside of politics is the best way to change the inside of politics. Rev. Barber also shows us how “faith acts” can transform political actions. Barber’s unquenchable fire for justice shines through every page of this remarkable book. I strongly recommend The Third Reconstruction, which shows how a moral, multiracial, and sacrificial movement can change the future of our democracy.”
—Jim Wallis, author of The UnCommon Good, president of Sojourners, and editor-in-chief of Sojourners magazine

“Powerful and compelling, this personal and political history of North Carolina’s 21st century freedom movement will pull readers to their feet and send them to the streets. It’s an awe-inspiring chronicle that calls us to be the country we dream of becoming.”
—Dr. William H. Chafe, former president of the Organization of American Historians, and former Dean of the Faculty of Arts and Sciences at Duke University

“The Reverend William Barber knows what ails us and—what is rare in this day and age—he knows what to do about it. When ordinary people see past their differences and come together, there is nothing on earth that can stop them, not even the power of organized money.”
—Thomas Frank, author of Pity the Billionaire and What’s the Matter With Kansas?

The Reverend Dr. William J. Barber II is president of the North Carolina chapter of the NAACP, pastor at Greenleaf Christian Church in Goldsboro, North Carolina, and founder of Repairers of the Breach. He is the author of Forward Together: A Moral Message for the Nation.

Jonathan Wilson-Hartgrove is cofounder of the Rutba House for the formerly homeless and director of the School for Conversion. His books include Common Prayer: A Liturgy for Ordinary Radicals (with Shane Claiborne) and The New Monasticism.
Start reading The Third Reconstruction on your Kindle in under a minute.

4.8 out of 5 stars
4.8 out of 5
356 global ratings
How are ratings calculated?
To calculate the overall star rating and percentage breakdown by star, we don’t use a simple average. Instead, our system considers things like how recent a review is and if the reviewer bought the item on Amazon. It also analyzes reviews to verify trustworthiness.
Top reviews

JAN EDWARD GARRETT
5.0 out of 5 stars Powerful, prophetic, practical vision of a movement for the common good and social justice
Reviewed in the United States on October 10, 2016
Verified Purchase
This book by Rev. Dr. William J. Barber describes the movement he helped to launch that aims to revive the efforts of the post-Civil War Reconstruction and the Second Reconstruction that coincided with Civil Rights movement of the mid-20th century. Each of these movements involved active cooperation of blacks and non-elite whites on issues of justice of interest to all the cooperating groups. Each of them were largely reversed by a concerted effort that sought to reclaim the elites' former privileges under new descriptions. Rev. Barber, who grounds his approach in the prophetic books of the Bible and an astute analysis of the divisive strategy behind the New Jim Crow, advocates a fusion politics that aims to unite those working for civil rights, those working for workers rights, debtors rights, rights of sexual minorities, and environmental justice. This book describes months of work in the Moral Mondays movement in North Carolina, which involved nonviolent mass demonstrations at the state capital, and the extension of the movement to other states in the South and, more recently, to states outside the South. This vision and the practice that goes with it cuts across familiar divisions of left and right, liberal and conservative, male and female, Christian and non-Christian, theist and atheist, native citizen and recent immigrant. As one who has felt alienated from what often passes for Christianity in the United States, I welcome this book and the inclusive yet ultimately Biblical way of thinking and working for justice that it grows out of and aims to extend.
Read more
22 people found this helpful
Helpful
Report abuse

KB
5.0 out of 5 stars This is the book I most needed to read this month.
Reviewed in the United States on May 24, 2016
Verified Purchase
I have the same surname as the author and have often thought it would be cool if we were related since I so admire him. However,I am a blue-eyed Irishman from Upstate New York and Rev. Dr. Barber clearly is not. He mentions having some fair complexion kin with blue eyes who moved north and looked Irish, so maybe there's hope for me after all. Here my wished-for North Carolina cousin lays out the very mixed history of relations between black and white people in America and a narrative of three periods of reconstruction: post Civil War, the 1960s, and the current Moral Mondays movement. Consistently he dodges the easy us versus them approach and goes for an invitational approach. The book is encouraging, positive, affirming, and calls us to meaningful action.​
Read more
16 people found this helpful
Helpful
Report abuse

Shellie
5.0 out of 5 stars Good history of North Carolina politics
Reviewed in the United States on May 14, 2016
Verified Purchase
I saw Rev Barber on The Rachel Maddow Show ; I was greatly impressed by his determination to fight injustices through fusion politics. This book is must read for those who are concerned about the increase of legal oppression based on sexual, color, or political persuasion. Good history of North Carolina politics.
Read more
9 people found this helpful
Helpful
Report abuse

F. Orion Pozo
5.0 out of 5 stars Inspiring memoir of a movement
Reviewed in the United States on June 1, 2019
Verified Purchase
Reverent William Barber's memoir tells the story of how he started the Moral Monday movement in North Carolina and frames it as part of a much larger Third Reconstruction. Thus showing its roots in the original Reconstruction era following the Civil War and the Civil Rights Movement of the 1960s (which he calls the Second Reconstruction). He shows how those in power use Divide and Conquer strategies, and how Fusion Politics, the bringing together of many different Social Justice movements, is the key to forming a New Justice Movement that can speak Truth to Power. This is a very good book for people who want to know the story behind the Moral Mondays movement in North Carolina.
Read more
Helpful
Report abuse

Hillbilly Reader
5.0 out of 5 stars Metaphysics, Philosophy, Action combined.
Reviewed in the United States on August 3, 2018
Verified Purchase
"The Third Reconstruction: How a Moral Movement is Overcoming the Politics of Division and Fear" by William J. Barber. I purposely left off the honorifics he has earned. This book should be a guide to anyone purporting to be a Christian. It is equally applicable to persons of any religion where the underlying principle is love.

It is not too long (168 pages in hardback) and can easily be read in a few hours. But, it creates thought and contemplation that will last for a very long time.

As I have stated about the Dali Lama ~ the same applies to William Barber, "I do not agree with his metaphysics but and definitely a follower of his philosophy. As a librarian, my training and chosen occupation in early years, I would classify this book as an Autobiography.

This book transcends ~ his personal journey ~ his religion ~ his philosophy ~ his political actions. It is a book about forming ~ partnerships ~ coalitions ~relationships. It is about working together and healing the divisions that are dividing out country in so many directions.

I am ~ reading ~ highlighting ~ commenting on my Kindle edition. This is a book that I will return to for contemplation and quotations (of which I am fond) so am ordering a hardback edition.

Sue Van Slooten
5.0 out of 5 stars Five Stars
Reviewed in Canada on July 24, 2017
Verified Purchase
Excellent book details what people can really do when they unite to fight poverty and oppression.
Read more
One person found this helpful
Report abuse

Amazon Customer
5.0 out of 5 stars Well written with a lot of context
Reviewed in Germany on March 21, 2017
Verified Purchase
I chose 5 stars because this book does a great job at framing the American social justice movement relative to the past. It cuts across political lines and makes the case for the next social fight of the 21st century. I recommend it to all interested in politics, democrats or republicans.
Read more
Report abuse
See all reviews

Page 1 of 1 Start overPage 1 of 1
Previous page
Next page
Pages with related products. See and discover other items: social movements
Back to top
Get to Know Us
Make Money with Us
Amazon Payment Products
Let Us Help You
EnglishChoose a language for shopping. United StatesChoose a country/region for shopping.
© 1996-2021, Amazon.com, Inc. or its affiliates