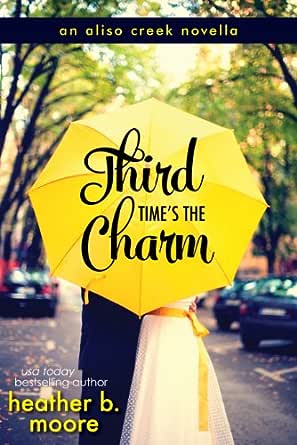 You've subscribed to Aliso Creek Series! We will preorder your items within 24 hours of when they become available. When new books are released, we'll charge your default payment method for the lowest price available during the pre-order period.
Update your device or payment method, cancel individual pre-orders or your subscription at
Your Memberships & Subscriptions
There was an error. We were unable to process your subscription due to an error. Please refresh and try again. 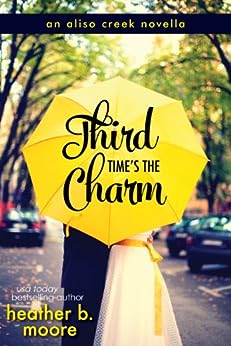 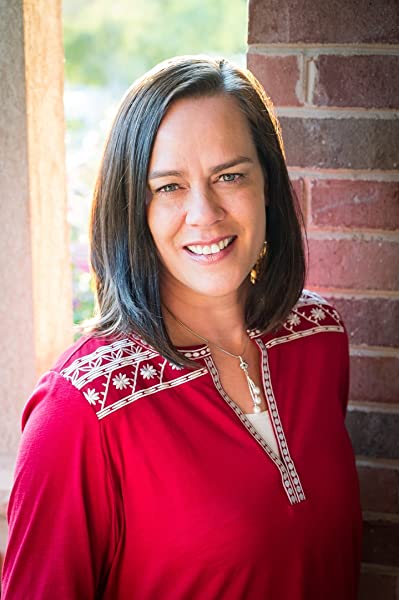 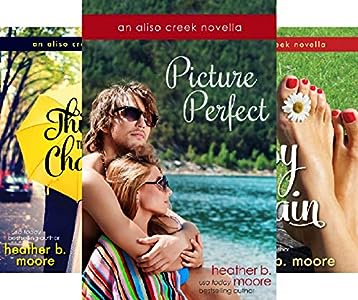 3.6 out of 5 stars
3.6 out of 5
46 global ratings
How are ratings calculated?
To calculate the overall star rating and percentage breakdown by star, we don’t use a simple average. Instead, our system considers things like how recent a review is and if the reviewer bought the item on Amazon. It also analyzes reviews to verify trustworthiness.
Top reviews

Amanda Clark
3.0 out of 5 stars Much too short but still a good read
Reviewed in the United States on October 20, 2017
Verified Purchase
Third Time's The Charm is a case-in-point illustration of why novellas sometimes crash and burn. It wasn't that the story wasn't sweet and cute...it's just that it was too short to accommodate the time frame between the main characters falling for each other.

The reason it worked for the first book in this novella series is, because those characters had a history from being high school friends that established their connection already. With this story you have two people who don't know each other so, it's not as believable that they could fall that fast within the time frame given. I liked the chemistry between Liz and Sloane and the built in drama with his ex but I felt like this one needed at least another two or three chapters just to give them a little more time to mesh. Not a bad read by any means and I did enjoy the book, it just needed a bit more time on the burner.
Read more
Helpful
Comment Report abuse

Lu Ann Staheli
5.0 out of 5 stars Absolutely delightful!
Reviewed in the United States on December 8, 2012
Verified Purchase
Liz, Gemma, Arie, Jess, and Drew have been best friends since creating "the Five" at Aliso Creek High School. But that was over ten years ago, and each is still trying to find that perfect someone . . . if perfect is even possible.

In fact, Liz Carlson will settle for a normal man. A normal man with a job, that is. Married twice, then divorced twice, Liz had her rose-colored glasses fall off and shatter on the ground a long time ago. Her main focus now is raising her six-year-old daughter and surviving long days at work on her feet as a hairdresser. When Sloane Branden answers her call for help, quite literally, Liz doesn't even give him a second glance. She has sworn off dating for as many years as it takes, and it seems that Sloane has done the same after his own tumultuous marriage. But when Liz realizes that Sloane defies every stereotypical deadbeat she has dated, she might just find room in her heart and discover the third time's the charm.

In this first novella of a planned series, Heather Moore introduces us to Liz, a woman who wants the same thing most of us do, a relationship that is based on the honest truth. But Liz has already been burned, not once, but twice, and is afraid to grow too near anyone again, especially in light of what another romance might mean to her relationship with her six-year-old daughter. Having sworn off men, of course the first thing that happens is that she meets the perfect guy--rich, handsome, and ready to come to her rescue. The only catch--he's got an ex-wife who seems to still be in love with him, and Liz knows the woman would get in the way, if there were a way to get in to. Determined to keep her own distance from Sloane, Liz finds herself drawn closer to him the more she tries to pull away. And that's where the fun begins.

An absolutely delightful and clean read that will satisfy romance fans, and leave them wanting more. As a matter of fact, although the novella came to the perfect conclusion, I'm hoping Moore will someday revisit this couple and answer some of the questions I still have about their future together, and what happens to the nasty, mean ex-wife!

(For the purist fans of Moore's genre historicals, know this novella is not what she writes for the Utah market, but nothing within it will prove more than mild to the general reader.)
Read more
One person found this helpful
Helpful
Comment Report abuse

Amazon Customer
3.0 out of 5 stars ummm
Reviewed in the United States on June 30, 2013
Verified Purchase
ummm, well, it started out with the main character deciding to swear off guys because she jumps into the relationships too quickly. So here comes a guy that really sends up some red flags, although handsome, but she jumps in. And that is the end of the book. Cute romance but no real change in the characters. left you wondering how this romance would turn out any different than her past ones.
Read more
5 people found this helpful
Helpful
Comment Report abuse

Diana Myers
4.0 out of 5 stars Third Time's the Charm
Reviewed in the United States on December 7, 2013
Verified Purchase
Diana H. Myers--- Though I liked The Daisy Chain better, I like Third Time's the Charm, too. The thing that bothered me a little was that for two people who'd sworn off relationships, they certainly moved fast into this one. There didn't seem to be enough hesitancy for me, especially since this was the third time for Liz. Other than that it was an enjoyable love story. I am now a fan of Heather B. Moore.
Read more
One person found this helpful
Helpful
Comment Report abuse

Amazon Customer
5.0 out of 5 stars A very Charming love story.
Reviewed in the United States on January 2, 2014
Verified Purchase
Heather is one of my favorite Authors. So I am always on the look out for a new book of hers to read. Being a Novella, it is short than her normal books but that's what a Novella is. :-) And I wasn't disappointed in the least. This love story is easy to get sucked into and makes you keep flipping the pages until the end. Third Time's the Charm is a must read for anyone who loves Heathers work. AND for anyone who hasn't read her books but enjoys a good love story!
Read more
One person found this helpful
Helpful
Comment Report abuse

Amazon Customer
4.0 out of 5 stars Wonderful!
Reviewed in the United States on December 30, 2013
Verified Purchase
For anyone that's given up hope of ever finding the right person, this story is a wonderful tale of hope. I love how the main character is convinced that she'll never find the right guy, and then low and behold... Who wouldn't want love to fall in their lap? Not that she doesn't have to work for it. In fact I fully expected an all out brawl near the end, but alas... this is a love story. :) Well done.
Read more
One person found this helpful
Helpful
Comment Report abuse

C.Stastny Books
5.0 out of 5 stars Great, clean romance!
Reviewed in the United States on December 19, 2013
Verified Purchase
This was a well written short novel about Liz, a two-time divorcee who doesn’t want anything to do with dating again. But when she meets Sloane, who has escaped his own tumultuous marriage, she might find that the third times the charm...if she can find the strength to let him into her heart. This clean romance was very enjoyable, as all Heather Moore’s books have proven to be. She is a gifted author.
Read more
One person found this helpful
Helpful
Comment Report abuse

KAC
5.0 out of 5 stars Love it!
Reviewed in the United States on July 28, 2018
Verified Purchase
Great characters and wonderful story. I was sad when I got to the end because I'd love to hear more of their story!
Read more
Helpful
Comment Report abuse
See all reviews