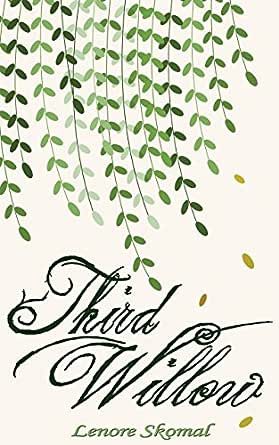 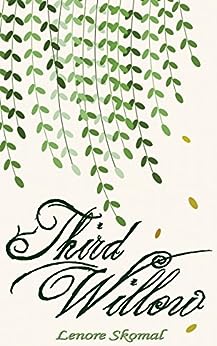 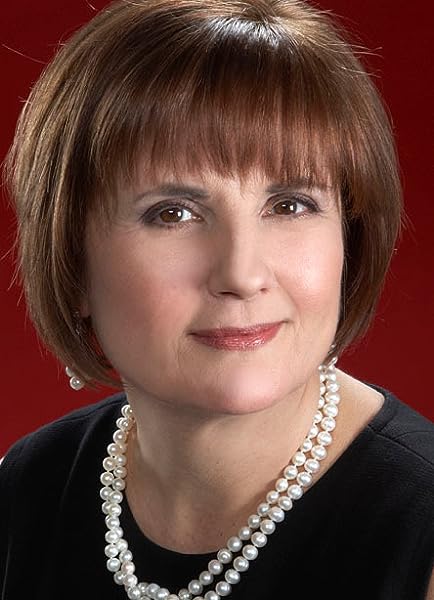 "It's a dark story about a dark world, but Skomal makes the story readable and lovely via her prose. A haunting reminder about the loss of innocence."-- Kirkus Review
"WOW! Third Willow by Lenore Skomal is a coming of age book for young adults. The author has provided discussion questions at the end of the story. The plot is simple and straightforward. Each of the children carried their own burden. While the plot focuses on Hap and Patsy, Beah and Raz lend much to the plot. The story is told from the point of view of the children allowing the reader to witness the emotions at work. Hap's story has a bittersweet ending. I will not share it with you; read the book. As an adult I was reminded of the differences between the social mores of the 50s compared to today's society. I highly recommend this book for middle school and older. This is one you won't want to miss. This book blew me away. - Readers' Views
"Skomal rises to the level of found poetry,
The smell of raw sewage pinched her nostrils and she shook her head to try to deaden it. She drew forward a few more paces, but the contrast between the stark sunlight behind her and the black night in front of her was disorienting. She was scared like she had never been scared before, but knew she had to keep going to find out what had happened to Raz and Runt. She pricked her ears and could hear both of them crying.
That is pretty good stuff, as is Third Willow itself. Skomal has potential to be a first-rank novelist. I think you will enjoy getting in on the start of her career, in advance of the parade."  - San Francisco Book Review

Third Willow is drawn from the childhood experiences of my father, who grew up in Nebraska during the depression. I set the plot in 1954, in post Korean War, small town America for good reason. This was a fascinating time in history and it was really the era that ushered in so many changes in the our country both socially, economically and culturally. --This text refers to the paperback edition.

"May this work stand in homage to those of us who've had to grow up too fast, and in the memory of the children we once were." --This text refers to the paperback edition.

Lenore Skomal wants you to eat her books. She wants you to chew them in your teeth, savor them on your tongue, breathe them in, and feel her words in your skin. Her passionate desire is to touch your heart, inspire you and invite you to luxuriate in the world of the written word. She finds ecstasy in constructing a perfect sentence and responds willingly to the nagging ache in her heart to create an authentic experience for the reader. She is an award-winning author with the single goal of resonating with others. Winner of multiple awards for blogging, literature, biography and humor, her catalogue spans many genres. With 30 years of writing experience, over 17 books published and an upcoming Broadway play, the consistent themes in her work are the big issues of the human experience and adding depth and voice to the intricacies involved in living a multi-dimensional existence. Her work has won the Whidbey Island Writer's Conference honorable mention for best fiction, Writer's Digest 73rd Annual Fiction Contest, New York Public Library's Best Book for Teens 2003, the 2012 Next Generation Indie Book Award for humor for Burnt Toast, the first anthology of her award-winning humor columns, International Book Awards finalist for BLUFF, her first novel, and the prestigious Eric Hoffer Finalist's Award for Young Adult fiction for Third Willow. From journalism, to literary fiction, to humor and biography, her writing is consistent, if not in genre, then in message. Check out her website at www.lenoreskomal.net. --This text refers to the paperback edition.
Read more

4.4 out of 5 stars
4.4 out of 5
29 customer ratings
How does Amazon calculate star ratings?
Amazon calculates a product’s star ratings based on a machine learned model instead of a raw data average. The model takes into account factors including the age of a rating, whether the ratings are from verified purchasers, and factors that establish reviewer trustworthiness.
Top Reviews

Larry Boodry
5.0 out of 5 stars A great coming-of-age novel for anyone who loves a good read!
Reviewed in the United States on February 4, 2014
Verified Purchase
I hated to see this book end, and I hope Lenore Skomal revisits these characters again.

The story is told from the points-of-view of four kids growing up in 1954 Nebraska...Patsy, Hap, Beah, and Raz. Hap is the lone boy in the group, and acts as their leader, although it is Patsy, in my opinion, who really fills that role. She is spunky, brash, and has a mean temper.

She also carries a .22 rifle and knows how to use it. During the course of the summer she tries to teach the others to shoot as well, with varying success. The one member of their group who has the least skill at marksmanship is Hap, a key plot point toward the end of the book.

Hap's father is an abusive drunk, and while Hap himself seems able to shrug off his father's bullying ways, Patsy is incensed by the man, especially when she sees Hap's bruised, dislocated shoulder. Her anger leads to a couple of instances where she experiences Big Hap's cruelty for herself..

In contrast to Hap, the three girls are more stable in their home lives...Patsy's family is well-off, although her older brother Trip is a Korean War vet who lost both legs in that conflict and is confined to a hospital. Her father, who is not Trip's biological dad, is a stubborn man who thinks Trip should man up and get on with his life, which leads to tension between him and Patsy, and between him and her mom.

Beah lives with her mother Claudine, and her father is a traveling salesman who is seldom home. Claudine is rather cold and aloof, and harbors a family secret that will shatter Beah's perception of who she is. Beah starts out as a shy, mousy girl, and while she never completely sheds that label, her friendship with the others does draw her out of her shell somewhat.

Raz is the oldest daughter of the only Jewish family in town, considered beautiful, and she is wise for her age in matters the others have yet to experience. There is a sweet, awkward subplot between her and Beah that caught me by surprise, but was handled beautifully.

What happens to these four kids over the course of one summer will touch your heart, and remind you of what it meant to have strong friendships at that age, and how strongly kids feel things when they are still young and shedding their innocence.

'Third Willow' is a novel in the vein of 'To Kill a Mockingbird' and 'A Tree Grows in Brooklyn'...Kudos to Lenore Skomal for writing it.

Tina
5.0 out of 5 stars Lenore Skomal has done it again!
Reviewed in the United States on July 10, 2013
Verified Purchase
Third Willow transports you back to times of no electronic devices, no cell phones, computers, but to a time when the outdoors was the escape for your imagination. The book tells of the bonds of friendship formed between unlikely personalities, but ones we have formed ourselves in our own lives when we reach out and take chances. Each child comes to the story with their own family issues and emotional baggage, yet have not lost the need to be liked or part of a bigger group. I found myself relating to these kids as Skomal wove a poignant picture of youthful adventure as well as heartache. She brought drama to the story that made it difficult for me to put this book down. I carried with me to read during work breaks and even while waiting for jury duty. When I finished reading the last page, I wanted to know what happened in these young children's lives. I became so engrossed in their situation, I wanted to know more about what became of them. As with Skomal's previous books, I found this one to be as thought provoking as her others which stayed with me long after I finished reading it. I highly recommend this book for middle school aged children and older, including adults. It's a keeper and one you will want you and your child to read to share all the different facets she presents in dealing with life, friendship and love.
Read more
3 people found this helpful
Helpful
Comment Report abuse

Prindaville
4.0 out of 5 stars A story of sorrow and courage.
Reviewed in the United States on January 31, 2015
Verified Purchase
This novel explores the friendship between four youngsters. Their stories become entwined as they get to know one another. One is experiencing repeated physical and emotional abuse. This is the story of how the abuse impacts the individuals and the group. It is well written and touching. I recommend this novel.
Read more
Helpful
Comment Report abuse

David Moske
5.0 out of 5 stars Excellent read for all ages
Reviewed in the United States on November 12, 2013
Verified Purchase
This was one of those books I was sorry to finish. While I think it would be a great book for young readers, I think it is a story for those of us who hate to admit how long it has been since we have climbed a willow or crawled through the mud playing cowboys and indians. I was taken back so many times while reading Third Willow to hot summer days when I was a child creating my own adventures with my group of friends. Ms. Skomal has crafted the story so perfectly. The characters, the story and the word...the holy trinity of perfection in this amazing work.
Read more
Helpful
Comment Report abuse

Rosario Lopez
4.0 out of 5 stars I liked
Reviewed in the United States on September 9, 2015
Verified Purchase
This book is about a group of children discovering the true meaning of friendship, honesty, and many other things, while they are entering in the strange world of adulthood. I liked it
Read more
Helpful
Comment Report abuse

Elizabeth
3.0 out of 5 stars okay.
Reviewed in the United States on September 10, 2013
Verified Purchase
The author turned several cute phrases, but the overall characterization and plot were slow coming. To be fair, I didn't finish the book: only made it 20% of the way in. By trimming a bit more of the fat, the author can improve this book tenfold.
Read more
Helpful
Comment Report abuse

Ursoids
5.0 out of 5 stars Insightful
Reviewed in the United States on October 4, 2013
Verified Purchase
A touching look into the lives of some young people's developing friendships. Although from vastly different backgrounds, they learn from each other and mature in remarkable ways.
Read more
Helpful
Comment Report abuse