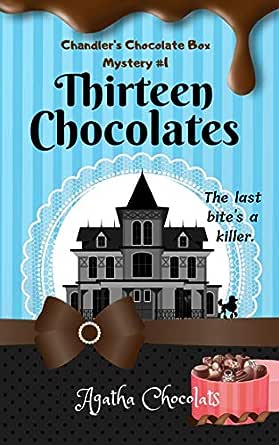 You've subscribed to A Chandler's Chocolate Box Mystery! We will preorder your items within 24 hours of when they become available. When new books are released, we'll charge your default payment method for the lowest price available during the pre-order period.
Update your device or payment method, cancel individual pre-orders or your subscription at
Your Memberships & Subscriptions
There was an error. We were unable to process your subscription due to an error. Please refresh and try again. 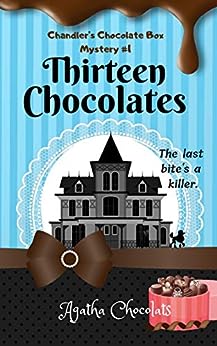 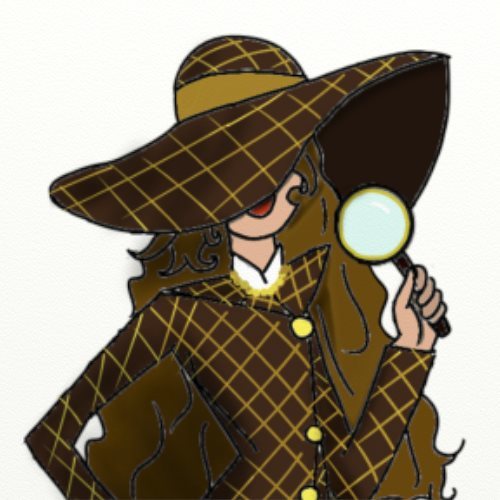 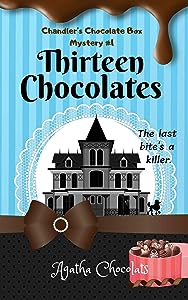 4.2 out of 5 stars
4.2 out of 5
58 global ratings
How are ratings calculated?
To calculate the overall star rating and percentage breakdown by star, we don’t use a simple average. Instead, our system considers things like how recent a review is and if the reviewer bought the item on Amazon. It also analyzes reviews to verify trustworthiness.
Top reviews

GB
4.0 out of 5 stars A Fun Mystery in the Classic Noir Narrative Style
Reviewed in the United States on January 14, 2018
Verified Purchase
I did not give this book five stars, but what is a guy who isn't a mystery fan and who doesn't like chocolate supposed to do? However, this is a fun book, and if I knew more, it probably deserves more. The main character, Anna narrates the story in the classic, Sam Spade style, lending humor and insight into her world. Heirs to a chocolate dynasty are present for the reading of the will, each hoping to be "the" heir. But one, by one, folks are being bumped off. Think of Willy Wonka and the Chocolate Factory with a murderer on the loose in an old mansion. The chapters are numbered in reverse order. As each person dies, a chocolate disappears from the box, the chapter number is reduced by one and we have one less heir. And no, I did not guess who the murderer was. "Look inside" and read the opening lines of Chapter 13. Whimsical.
Read more
8 people found this helpful
Helpful
Comment Report abuse

Red Rock Bookworm
VINE VOICE
5.0 out of 5 stars INDULGING IN CHOCOLATE AND DYSFUNCTION
Reviewed in the United States on May 2, 2019
Verified Purchase
Agatha Christie’s mystery novel And Then There Were None was made into a movie in the 1940’s and a T.V. series in 2015 as well as several other versions of the book filmed under the title Ten Little Indians that have been made over the years (1965, 1974 and 1989). Needless to say, Christies’ book in all its’ incarnations has been around for decades. Now Agatha Chocolats (is the ladies first name a coincidence or a clue as to the writers source material?) presents us with yet another version of Ms. Christies work titled THIRTEEN CHOCOLATES, this one liberally sprinkled with quirky characters, humorous dialog and enough metaphors to sink a battleship.

Thirteen “heirs” are gathered together at the mansion of deceased chocolate tycoon Ulysses Chandler to see which one can “pass the test” and be the sole beneficiary of the Chandler fortune. In addition to being a chocolate guru, Ulysses took a page from the Walt Disney playbook by creating a family amusement park and hotel complex (this one focused on a chocolate theme rather than Minnie, Mickey and various movies).

The book begins with Chapter 13 and works its way backward to Chapter one as it reveals many unexpected and intertwined relationships and motivations.

Without giving too much away let me just say that this cozy is like the box of thirteen decadent chocolates first discovered early in the narrative by one of the heirs……it’s a lite read that’s delightfully surprising, pleasantly palatable and deliciously satisfying. 4 1/2 stars
Read more
4 people found this helpful
Helpful
Comment Report abuse

Dee ArrTop Contributor: Harry Potter
TOP 500 REVIEWER
3.0 out of 5 stars Interesting Characters and Descriptions Let Down with Loose Ending
Reviewed in the United States on May 19, 2018
Verified Purchase
For most of the book, I thought I was going to rate this story as a three-and-a-half star mystery, rounded up to four. Unfortunately, the book made an abrupt turn near the end.

It was nearly impossible to set the book down due to the engaging words of the storyteller and main character, Anna. Her thoughts are pumped with humor, wry internal comments that are sure to put a smile on your face. Kudos also to author Agatha Chocolats for crafting a book without any of the cursing and swearing that many other authors feel their books cannot survive without (then again, this is a cozy, so the writing fits the genre). Great idea to start with Chapter Thirteen and work backwards to Chapter One. The use of chocolate as a part of the murders (including the candy descriptions) injected a wonderful flavor (pun intended) into the book.

While the large cast of characters created some confusion in the beginning, Ms. Chocolats separated them with various behavioral traits. This inserted some life into the story, allowing readers to become engaged as we developed affinities for some characters while disliking others.

The book appears to be self-edited, judging by the numerous punctuation and other errors. Again, the author’s use of Anna’s descriptions saved me from closing the book early on. While the plot was believable most of the way, I can only suspend disbelief so far, and the ending stretched those capabilities way past the breaking point. I originally considered pushing the rating to four stars, but too many loosely-tied strings at the end prevented this from happening.

Amazon Customer
5.0 out of 5 stars An entertaining, well written whodunit
Reviewed in the United States on December 9, 2017
Verified Purchase
If you like mysteries that are entertaining and well written, you will love Thirteen Chocolates. The author managed to draw me into the world of Chandler Chocolates, instilling a need for me to know whodunit. For me, a comfortable chair, a cup of hot chocolate, a chocolate chip cookie and this book with a warm fire in the fireplace is the definition of contentment and happy. Thank You Agatha Chocolats for sharing your Thirteen Chocolates.
Read more
7 people found this helpful
Helpful
Comment Report abuse

Gabriel Constans
5.0 out of 5 stars Death by Chocolate
Reviewed in the United States on December 1, 2017
Verified Purchase
If you’ve never thought of the joy and pleasure of chocolate, in combination with murder and suspense, you will now. In fact, you may never be able to eat another rich, delicious chocolate again, without wondering who may be eliminated next. If you are up for something completely different and decadently enjoyable, I encourage you to go ahead, have a bite, and read Thirteen Chocolates.
Read more
5 people found this helpful
Helpful
Comment Report abuse

Pamm Mcfadden
5.0 out of 5 stars A delightful story
Reviewed in the United States on January 15, 2018
Verified Purchase
I found this book to be absolutely delightful. I generally suspend reason when I read - in that I do not look for red herrings, lack of continuity, or try to figure out whodunit.

I enjoyed the characters and the twists and turns.

And, strangely, I wanted to eat chocolate throughout the entire story. I am very much looking forward to the next installment!
Read more
5 people found this helpful
Helpful
Comment Report abuse

NabooksSL
5.0 out of 5 stars I liked the style of writing which was humorous and full ...
Reviewed in the United States on July 10, 2018
Verified Purchase
As an avid fan of both cozy crime and Agatha Christie I must say I was enthralled by this book - I could not put it down! A lovely homage to "And Then There Were None". The first person point of view really hooks and reels you in as you invest in the characters. The red herrings and clues strewn across the story keep you double guessing. I liked the style of writing which was humorous and full of imagery and wonderful use of the language. Being familiar with the Agatha Christie classic I was able to figure out some of it, though. The unveiling of the crook at the end was not so much a surprise as I was expecting it - but I think that's just me! And the CHOCOLATES! The use of the 13 chocolates layout of the box at the beginning was a good idea. I loved the chapter numbering which was unique. And it left me wanting to raid the fridge for CHOCOLATE!
Read more
Helpful
Comment Report abuse
See all reviews

jill docherty
5.0 out of 5 stars Choc full of happiness.
Reviewed in the United Kingdom on September 6, 2020
Verified Purchase
Just loved it i think anyone of any age would enjoy this story any one who likes chocolate will be in heaven.
Read more
Report abuse

Kindle Customer
4.0 out of 5 stars Good fun and worth a read
Reviewed in the United Kingdom on June 10, 2018
Verified Purchase
A quirky, chocolate themed mystery which threatens to become more of a slasher flick... I enjoyed it, even when I felt I'd lost the plot a little!
Read more
Report abuse

Geraldine
3.0 out of 5 stars 💟 the Beginning But...
Reviewed in Canada on April 8, 2018
Verified Purchase
....about halfway through, I lost interest.

The first few chapters were SO entertaining, LOL funny, many times too. But after that, the story seemed rather slow paced and didn't keep me interested enough to finish.

I loved the chocolate theme and the first part of book but beyond that, this was a disappointment.😣
Read more
One person found this helpful
Report abuse

Kindle Customer
5.0 out of 5 stars Great book
Reviewed in Canada on February 8, 2020
Verified Purchase
Love chocolate, loved the book.
Light but some mystery to it.
I really love cozy mysteries of any kind.
Thank you
Read more
Report abuse
See all reviews