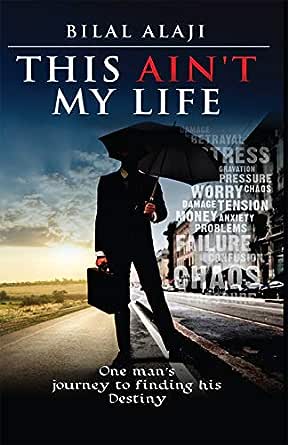 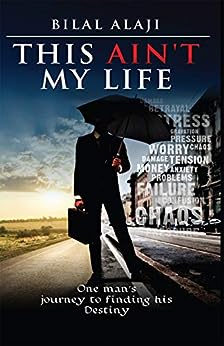 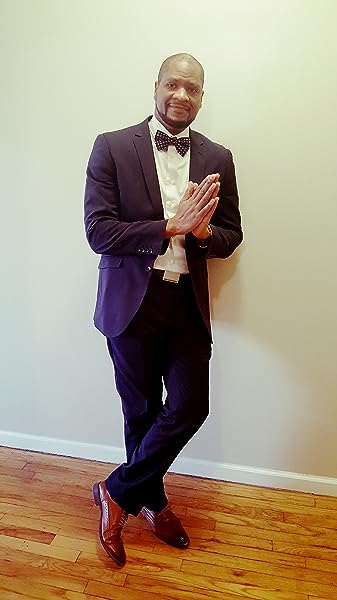 This Ain't My Life: One man's journey to finding his Destiny Kindle Edition

"Ultimately a hopeful and inspiring story"--- Self-Publishing Review
"This gritty memoir has key moments of poignancy and inspiration"---Self- Publishing Review
"Alaji clearly has wisdom to share and a good hand for storytelling...this memoir could shine"---Kirkus

Are you living your best life? Has life stepped in and robbed you of your destiny? Are you plagued by trials, setbacks, past events, or memories? If so, how do you get back what's rightfully yours? We all have a journey that propels us towards our destiny. The problem is the journey may be filled with many trials that cause us to "give up" or view the experiences as our lot in life. Nothing could be further from the truth. It is your birthright to have the best in life. The trials that we face are guides and an indicator to help us along our path.It's just that its so hard to see beyond all the pain that we endure. It is through this pain that our greatest lessons allow us to find our true selves--- our destiny.

"Whenever you are faced with something that you know is not for you. Just say to yourself, "This ain't my life." There's power in those words, in not accepting the situation but opening yourself up to better options. You change your way of thinking and allow for your dreams to take hold. Repeating this mantra to myself has propelled me to reach for higher heights. It gave me a way not to settle. Whatever we are faced with, the opportune time will come to accept the current circumstances or deny them. Abi used to tell me that no condition is permanent. All things are fleeting. Change is the only constant. If we embrace a condition and allow it to be a defining moment in our lives, then it will indeed define us. I refused to be defined by any condition other than that which I desired. That's why I constantly reminded myself... that "This ain't my life."
Read more

Joel Epstein
4.0 out of 5 stars A glimpse into another world
Reviewed in the United States on October 9, 2019
Verified Purchase
I found this book to be a fascinating window into a world that is unknown to white middle class Americans like myself: the world of American Black Muslims. This is the autobiography of a man who grew up in Poughkeepsie, New York, son of a Muslim preacher in the tradition of the legendary Malcolm X. The author grows up and lives in a society where drugs and violence are part of his daily experience; where much of his contact with the establishment is through the courts, whether it be criminal or family court; where government agencies are, in some cases, his only lifeline to survival.

Alaji accepts this world, and builds his own life around the huge obstacles that society sets in his path. He is guided by his love of music and his faith in Allah.

The book is written in a discursive style that reads much like a private diary. Yet Alaji is a literate and clear writer, and his own conflicts, ambivalences, and successes are poignantly portrayed.

Tampa/St. Pete area user
5.0 out of 5 stars A must read for anyone who feels life is pushing them down!
Reviewed in the United States on October 9, 2019
Verified Purchase
What an amazing story about a child with the wisdom to understand adults who don't even understand themselves. No matter what life throws at him he fights through it and finds the silver lining. This is not so much a story about religion...it is a story about perseverance. No matter what God you serve...you have to dig in and find the fight within yourself to overcome whatever life throws at you. If this story doesn't give you hope at your lowest moments....read it again...I know I will be re-reading this one and sharing it with those I met that need an inspiring lift.
Read more
Helpful
Report abuse

Amazon Customer
5.0 out of 5 stars #Relate
Reviewed in the United States on September 30, 2019
Verified Purchase
Loved the book, definitely a page turner from start to finish! I encourage all to get a copy.
Read more
Helpful
Report abuse

Dazell Green
5.0 out of 5 stars This book has helped many people.
Reviewed in the United States on December 27, 2019
Verified Purchase
Powerful and real. Writer was able to reach the heart
Read more
Helpful
Report abuse

D. West
5.0 out of 5 stars Intimate and Vulnerable
Reviewed in the United States on November 26, 2019
This is a compelling story of a Black Muslim man as he journeys through life in the Poughkeepsie area of New York. It would delight me to say that regardless of your religious background, race, gender, or geography; this story is universal. To some extent it is. Most people go through “this ain’t my life” experiences but the comparison ends there. Bilal’s experience is gritty and distinctive. And, from the perspective of a spiritual white female living in an almost homogenously white city in the west, this memoir was fascinating and eye opening.

While this is the personal memoir of one black man’s journey, it reaches far deeper into the larger societal issues facing black men and women in general, especially those needing assistance, and the governmental programs available to them. Bilal tells his story in a brutally honest way and while I found myself disappointed at some of his choices, I cheered his indomitable spirit as he refused to let the system define him. Bilal lays it all on the line in a vulnerable manner exposing himself in a way not often seen in today’s culture, especially the male culture.

While Bilal enjoyed some initial success with music, his admitted mistakes in judgment brought forth harsh and vindictive women, which ultimately led to trouble with the law. Three/four children later he finds himself in the government managed housing system, which is one of government’s worst run programs.

Bilal’s faith provides a great source of motivation and for those unacquainted with the Muslim religion it opens the reader to a better understanding. Ultimately a hopeful and inspiring story, Bilal has delivered an intimate portrait of his own life. Open and unembellished, Bilal clearly has wisdom to share and possesses a good hand for storytelling. This courageous memoir has key moments of rawness and inspiration, and will be especially helpful for those navigating the Black Muslim experience in the present day.

I received a free copy in exchange for an honest review--this is it!

JuLee Rudolf
VINE VOICE
4.0 out of 5 stars “an honest account of a Black Muslim man’s experience in America” (291)
Reviewed in the United States on November 29, 2019
As a member of Amazon Vine, I receive requests for book reviews regularly, which I typically (and kindly) decline, but when I listened to a sample of Bilal Alaji’s intriguing story, I felt compelled to accept. During the next two days, I read through the entire 300+ page memoir. Over the course of a several hours, so many feelings swirled around my brain: concern, apprehension, disgust, fear, disbelief, worry, and relief.

Alaji, born and raised in New York, recounts the story of his life, from childhood to present day, as he strives to succeed as a son, brother, father, spouse and friend. At times, his words and actions made me squirm with discomfort; however, I found his unapologetic narrative refreshing in its honesty. In this day and age of social media, where everyone seems to put up a good front and share only the positive side of life, Alaji’s willingness to show vulnerability is a welcome antidote to persons’ personas on Facebook, where they project an image of perfect beings who experience only happiness and share only the accomplishments of themselves and their children.

As a flawed human, I struggled with Alaji’s descriptions of things like the corporal punishment he inflicted on his daughter, how his second wife’s pregnancy came about, and his views about mental illness, but in the end, I realize that it’s not for me to judge this man or his choices, but instead to simply to be willing to accept it as his truth. I’m grateful that he’s willing to tell his story, and tell it well (though, it could have used a bit more editing). My favorite part of the book is the epilogue, in which he writes, “Too often, we like to wallow in self-pity over what was done to us as opposed to looking at our own contribution to the situation. Nothing happens to you without your permission. The sooner you take accountability for whatever occurs in your life, the sooner you will be in charge of your life” (296). Well said.
Read more
Helpful
Report abuse
See all reviews