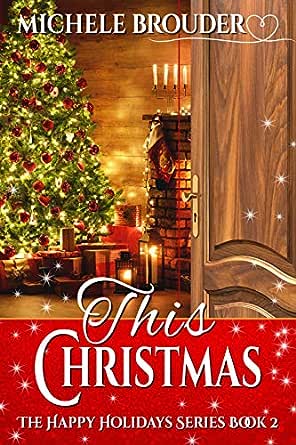 You've subscribed to The Happy Holidays Series! We will preorder your items within 24 hours of when they become available. When new books are released, we'll charge your default payment method for the lowest price available during the pre-order period.
Update your device or payment method, cancel individual pre-orders or your subscription at
Your Memberships & Subscriptions
There was an error. We were unable to process your subscription due to an error. Please refresh and try again. 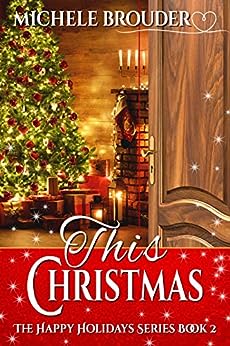 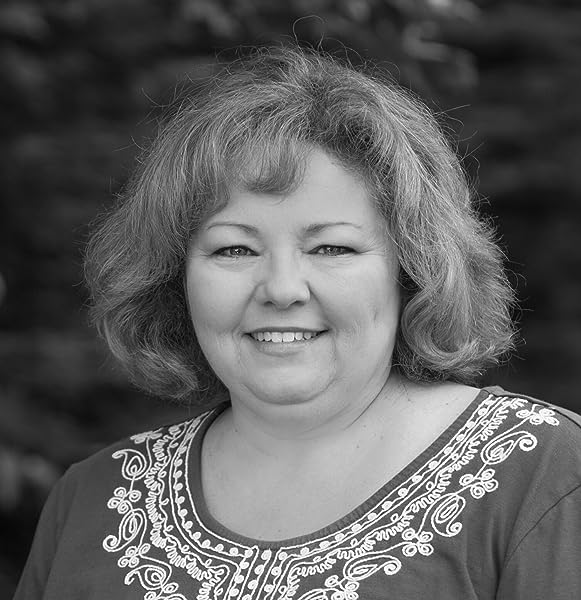 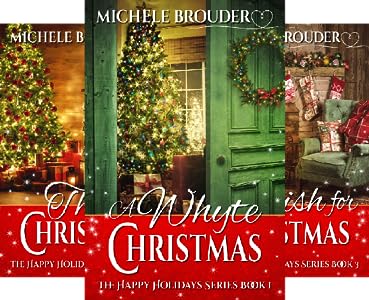 Michele Brouder is originally from the Buffalo, New York area. She has lived in the southwest of Ireland since 2006, except for a two-year stint in Florida. She makes her home with her husband, two boys and a dog named Rover. Her go to place is, was and will always be the beach. Any beach. Any weather. --This text refers to the paperback edition.

4.6 out of 5 stars
4.6 out of 5
66 global ratings
How are ratings calculated?
To calculate the overall star rating and percentage breakdown by star, we don’t use a simple average. Instead, our system considers things like how recent a review is and if the reviewer bought the item on Amazon. It also analyzes reviews to verify trustworthiness.

JW
5.0 out of 5 stars A story of life and all that it entails.
Reviewed in the United States on November 2, 2018
Verified Purchase
Needing a break from midterm elections, I have been reading and this is one of the books I have read so far.
Holly and Jeff first met in college and ten years later, she is his tenant. When they first met in college Jeff thought Holly was the girl of his dreams. Holly has changed because of a long-term relationship that left her holding the bag of her ex's debt. She is broke and is a teacher. There is so much more to this story. One of her students family's house burns down and Holly and Jeff make a plan to help them. Holly could ask her parents for a loan to help her financially but doesn't want to because her Dad would never let her live it down. But she finally talks to her Dad, not about the loan but about their relationship. He didn't realize he was making her feel that way and he worked on it and eventually, they even got together to have a breakfast date on the weekends. I think so many girls/women feel this way so it was nice seeing it as part of the story.
Holly was working a part-time job and as she was finishing her shift her ex-was there with a woman and a child. She followed them to find out where he lived because he hadn't been seen or heard from since he left Holly. She went later and confronted him and he had changed his name, got married and had a daughter. When she left nothing, his wife asked for her name and address and she said she would be in contact with her. His wife told him to do the right thing or she would leave him and take their daughter with her. But you will have to read the book to find out how it went.
The book has so much substance and it wasn't a book about Holly and Jeff, it was a book of life, baggage, family and a whole lot more.
Read more
Helpful
Comment Report abuse

Vibliophile
TOP 500 REVIEWERVINE VOICE
4.0 out of 5 stars A miscommunication romance
Reviewed in the United States on November 12, 2018
Verified Purchase
This is a good story, though I didn't like it quite as much as I did the first book. It's more low key. I would have enjoyed it more, but I'm one of those who gets frustrated with the miscommunication/wrong assumption trope.

The story itself, however, is well done with good pacing. The hero and heroine are very sympathetic and likeable. I definitely recommend it.

Clean romance level: sweet kisses, also implied sex by some side characters but no details
A few uses of the Lord's Name in vain & a swear word or two
Read more
One person found this helpful
Helpful
Comment Report abuse

Diana
5.0 out of 5 stars Holiday cheer
Reviewed in the United States on November 15, 2018
Verified Purchase
Jeff and Holly met in college years ago and somehow ended up as landlord and tenant years later. Jeff is a firefighter and Holly is a teacher.
Holly is broke and living on a shoestring working two jobs. She had a bad experience with a chance so she stays to herself and doesn't date.
Jeff had a bad experience with a woman so doesn't date. When he has some health issues he decides he needs to change his lifestyle.
Around the holidays things start getting friendlier between the couple.
A feel good story full of small town charm.
Read more
Helpful
Comment Report abuse

Kindle Customer
5.0 out of 5 stars A great read to get you started for the holidays
Reviewed in the United States on October 28, 2018
Verified Purchase
Holly and Jeff, this story is touching, tender and funny. It would be nice to think that you try to plan your future in the final year of college. But life
has it's own time line.
Holly and Jeff find them selves again and then does the dance of life begins.
Once I started reading, it was hard to stop. The story line is funny with Trixie and Fernando. Especially when Jeff insists on the meeting. I actually snorted on that and to stop for a bit with all he laughing. Enjoy!
Read more
Helpful
Comment Report abuse

Cynthia St. Germain
5.0 out of 5 stars Second Chances
Reviewed in the United States on October 25, 2018
Verified Purchase
Holly was true to get through things. She has finally found a place that she could afford and not deal with a bad landlord. She was trying to make pies for Thanksgiving when her oven wouldn't work so she went next door. He landlord was a guy she met in college. Jeff was gone when his mom rented the place next door for him. Surprise it was someone he met in college. They end up helping each other out.
Read more
Helpful
Comment Report abuse

GrandmaMinga
4.0 out of 5 stars This is a clean, sweet, second chance, Christmas romance.
Reviewed in the United States on May 13, 2019
Verified Purchase
Holly is living under a cloud of debt her ex-fiance had run up with their joint accounts before he disappeared. She just moved into a new home, a duplex, and her neighbor is her landlord. Jeff is a firefighter, and a bit of a "stuck in a rut" homebody, til he meets Holly.
Read more
Helpful
Comment Report abuse

Kindle Customer
5.0 out of 5 stars Sweet & christian
Reviewed in the United States on November 1, 2019
Verified Purchase
His was such a wonderful Christmas story. Jeff& Holly were such wonderful characters.The storyline was great & well written.They went through hard times & still made time to help others out.They made you see the true meaning of Christmas.
Read more
Helpful
Comment Report abuse

Liz
1.0 out of 5 stars THIS CHRISTMAS 🎅🎄🎁
Reviewed in the United States on October 27, 2018
Verified Purchase
This is the 1st book I read by Michele Brouder. I'm sorry I reading this story at chapter 2 because it didn't grab my interest.
Read more

Gwenn Ellingham
5.0 out of 5 stars a must read book
Reviewed in the United Kingdom on November 16, 2018
Verified Purchase
a good read
Read more
Report abuse

Hoener, Birgit
3.0 out of 5 stars nice plot, a bit too far-fetched
Reviewed in Germany on February 2, 2019
Verified Purchase
A nice plot, sympathetic characters, unfortunately, the sequence of events and actions was sometimes a bit too far-fetched and made to fit.
Jeff, a slightly overweight firefighter, is happy to be a couch potato, until he meets his new tenant, Holly. She comes with a lot of baggage, highest among them her being broke because she has to pay off debts, her own and those of her ex-fiancé, who vanished into thin air and left her two years ago. When Holly helps Jeff after a cardiac fright, they slowly get to know each other better, the attraction is there, but neither believes the other one could be interested.
A good narration style and likeable characters save this book from drifting away onto a too unrealistic level: a cardiac fright out of the blue, when firefighters have to do regular physicals? Jeff never meeting Fernando, or hearing about what he is? Two blind dates with horrible women? Those are just some of the things that annoyed me a bit because they gave me the impression they were just made up and force fitted to continue the story and the plot.
Apart from that, however, it was indeed a nice and amusing read, and yes, I wouldn't mind to read more of this author.
Read more
Report abuse

dsanders
4.0 out of 5 stars Heart warming
Reviewed in Canada on October 28, 2018
Verified Purchase
This is a very sweet, delightful story. I really enjoyed the characters and the family dynamics that could be anyone’s family. Makes you connect with the characters.
Read more
Report abuse