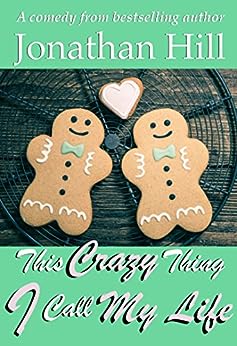 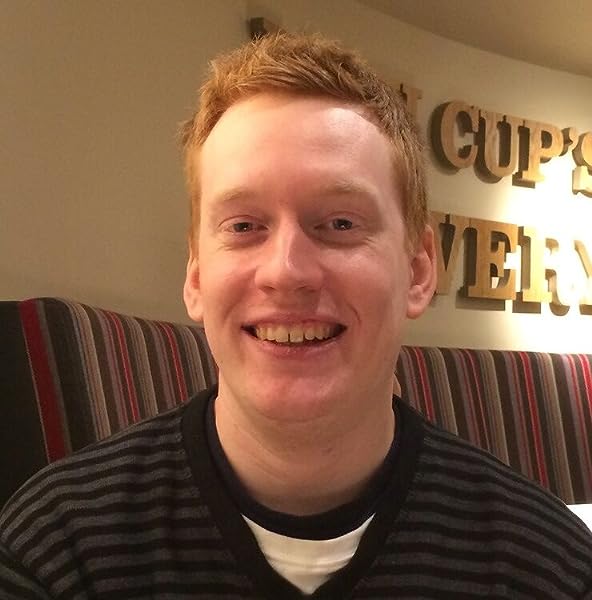 This Crazy Thing I Call My Life Kindle Edition

by Jonathan Hill (Author) Format: Kindle Edition
See all formats and editions
Sorry, there was a problem loading this page. Try again.
And I thought the hard part was coming out to Mum and Dad and introducing them to my boyfriend Jamie!

That's all in the past now and both sets of parents are about to meet. They'll get on, right? Or not...

But Jamie has a suggestion to bring our families together. And it appears he has something else planned too...

A stand-alone feel-good comedy story of around 15,000 words, following on from the No. 1 smash hit A Christmas Outing.

***Please note that the 'Look Inside' formatting may display incorrectly but the book itself is correctly formatted.***
Read more
Previous page
Next page

Jonathan Hill is an author from Manchester, UK.

His work isn’t confined to one genre, but he has already published a number of gay literary fiction books to high critical acclaim. His debut novel 'FAG', a hard-hitting story set in an English boarding school in the 1930s, was named as the overall winner in the Self-Published and Small Press 2014 Book Awards.

He has also penned the hit comedy series of Maureen books, in addition to numerous short stories and 100-word drabbles. Jonathan firmly believes that writing should not only entertain but also enhance and change the way readers view the world.

When he’s not writing and working as a pharmacist, he enjoys painting, photography and going to the theatre.

Bernard Jan
5.0 out of 5 stars Ripe with funny situations and characters!
Reviewed in the United States 🇺🇸 on June 22, 2017
Verified Purchase
Already in A Christmas Outing David and Jamie made me guffaw both in public and within the intimate safety of my home. The brisk, adorable and cracking humor continued to entertain me as well throughout the second book of teenage boyfriends This Crazy Thing I Call My Life by Jonathan Hill.

David and Jamie are now a real couple and it is only appropriate that their parents meet and get to know one another. While Jamie's parents are proud of their gay son and celebrate his homosexuality, David's parents are more closeted about their feelings. When these two families meet on a family gathering, it is easy to guess what the outcome will be!

Not discouraged by the eventful dinner and their first proper argument that follows, Jamie is determined to bring their families together and plots with David another family reunion. This time it is a parents-only reunion, because the boys have something else on their minds....

This Crazy Thing I Call My Life  is ripe with funny situations and characters and it is a worthy sequel to the hilarious  A Christmas Outing . If you like (British) humor and laughter, grab these two novellas and read them! Jonathan Hill is a great writer and entertainer. He, David and Jamie have the potential to give us a lot more laughter and are hiding plenty of new things in store for us. Somehow I feel it's going to be hot soon and this heat won't have much to do with the summer heatwaves!

Ulysses Grant Dietz
5.0 out of 5 stars Funny and on target; the only problem is I want more and I want it now.
Reviewed in the United States 🇺🇸 on March 27, 2018
Verified Purchase
I have a bone to pick with Jonathan Hill. His writing is marvelous. When his books are meant to be funny, they’re hilarious.

This one, for instance, which is really a long short story, looking at David and Jamie, who, at nineteen, are no longer kids, and are trying to get their parents together.

I laughed my way through the absurdity of it, sighed happily at the genuine romance lurking under the sit-com silliness of two incompatible sets of parents being forced into communion by their love-struck college-boy sons.

Believe it or not, I almost remember being this age, or at least a year older than this age, when I had my first boyfriend and had to introduce him to my family. Oh, lord, awkwardness is not easy to depict in a believable way that is both painful and amusing.

Yet Jonathan Hill does it.

My problem is that I want something longer, more substantial, that looks at David and Jamie and their families over time. Maybe even a long time.

These tidbits are frustrating. I’m impatient.

Get on with it, Hill. I’m waiting.
Read more
One person found this helpful
Helpful
Report abuse

Justin D
4.0 out of 5 stars A fun read
Reviewed in the United States 🇺🇸 on July 8, 2018
Verified Purchase
Jonathan pulls us through his crazy life. All four parents meet for the first time along with another first. The crazy plan for some alone time with the boyfriend. Several laugh out loud moments. Perfect length for the story being told. 4.0 for a turd-shaped dollop of clay.
Read more
Helpful
Report abuse

David Wailing
4.0 out of 5 stars When parents collide!
Reviewed in the United States 🇺🇸 on July 18, 2017
If you’ve ever had to introduce your parents to your other half’s parents, this story will have you laughing and cringing with sympathy!

Although technically a sequel, this works perfectly well as a standalone. As with ‘A Christmas Outing’, we see a sweet relationship develop between David and Jamie. But it’s their parents who are the stars of the show, with some very funny dialogue that is as bizarre as it is believable.

Jonathan Hill writes with a light touch but expertly crafts each character so well that their voices are authentic and easy to hear. You may even feel that some of them sound worryingly similar to your own family!
Read more
Helpful
Report abuse

Len Evans Jr
5.0 out of 5 stars A Laugh-Outloud Sweet Story!
Reviewed in the United States 🇺🇸 on December 24, 2017
This story is a hoot... I thought David's parents were insane in the first story... add in Jamie's and you've got enough to start your own nut bin! Anyway, this sweet funny short story was a joy to read and had me laughing out load more than once. What fun!!!
Read more
Helpful
Report abuse

Debbie McGowan
5.0 out of 5 stars Mortifyingly funny
Reviewed in the United States 🇺🇸 on June 20, 2017
This is mortifyingly funny, and far too realistic. It's about two sets of parents meeting for the first time, and...well...read it.

This is stand-alone, and follows on from A Christmas Outing. I don't think it actually matters which order you read these, but read them you must.
Read more
Helpful
Report abuse
See all reviews

David Wailing
4.0 out of 5 stars When parents collide!
Reviewed in the United Kingdom 🇬🇧 on July 18, 2017
Verified Purchase
For anyone who's ever been through the experience of introducing your parents to your other half's parents, this will have you laughing and cringing with sympathy!

As in 'A Christmas Outing', we see a sweet relationship developing between David and Jamie. But it's their parents who are the stars of the show, with some very funny dialogue that is as bizarre as it is believable. Jonathan writes with a light touch but expertly crafts each character well enough for their voices to be heard clearly.

Although technically a sequel, the story works perfectly well as a standalone. You'll feel like you already know everyone - and perhaps that they are worringly close to your own family!
Read more
Report abuse

Vivvykins
5.0 out of 5 stars The love puffins and their families
Reviewed in the United Kingdom 🇬🇧 on July 15, 2017
Verified Purchase
Another gem from Jonathan Hill. He has written a tender love story but it is also very funny. David and Jamie want their parents to meet. Jamie's parents accept the situation. His mum refers to them as "the love puffins". David's parents are not so sure. They all meet up for a meal which had me laughing out loud. David's mother's obsession about the doorbell was priceless. I couldn't stop laughing. The author is brilliant in his observation and how he writes about people's characters. We are have all known people like them. A very satisfying read.
Read more
Report abuse

Gooseberry
4.0 out of 5 stars Well worth 99p
Reviewed in the United Kingdom 🇬🇧 on June 12, 2017
Verified Purchase
This is a short and easy to read book. I'd say you could finish it in 30 minutes, tops. It's a simple and charming story of the families of boyfriends meeting and getting to know each other, and it's part of a series. It reminds me of a modern day version of those serialised stories in the old fashioned womens' magazines where true love conquers all and there is nothing too racy. I've read Jonathan Hill books before and this has the same light, knowing style. Definitely worth a punt.
Read more
One person found this helpful
Report abuse

Voinks
5.0 out of 5 stars Nowt so queer as folk.
Reviewed in the United Kingdom 🇬🇧 on August 5, 2017
Verified Purchase
I read this book with the intention of increasing my knowledge of the trials and tribulations faced by the gay community. Instead, I learnt that whatever your sexuality the prime purpose of families and friends is to cause maximum embarrassment to a teenager getting to grips with the world.
In between giggling I found myself nodding as the realistic, well written characters brought memories flooding back. I really enjoyed this gentle tale of growing up, and the humour makes it a great easy read.
Read more
Report abuse

Debbie McGowan
5.0 out of 5 stars Mortifyingly funny
Reviewed in the United Kingdom 🇬🇧 on June 20, 2017
Verified Purchase
This is mortifyingly funny, and far too realistic. It's about two sets of parents meeting for the first time, and...well...read it.

This is stand-alone, and follows on from A Christmas Outing. I don't think it actually matters which order you read these, but read them you must.
Read more
One person found this helpful
Report abuse
See all reviews
Report an issue
Does this item contain inappropriate content?
Report
Do you believe that this item violates a copyright?
Report
Does this item contain quality or formatting issues?
Report