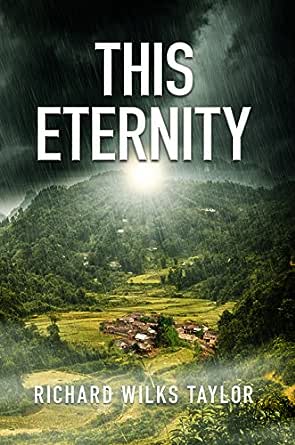 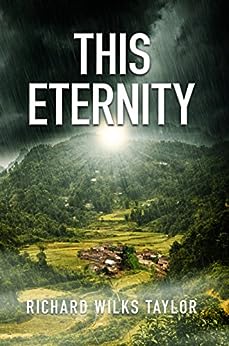 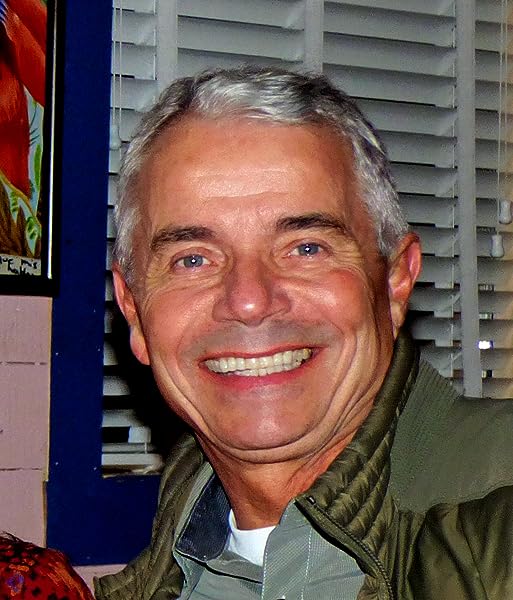 Richard Taylor served twenty-nine years in the US Air Force. A six-time unit commander, he also qualified in six different career fields. He spent most of his time as a meteorologist where the pinnacle of his time was running operational weather support to Cape Canaveral supporting space lift from Kennedy Space Center. He served as an Air Force base (support group) commander and wrapped up his career as the senior Air Force representative to Mexico. His expertise with the Mexican military carried him through a short second career as a civil servant. Richard is married to his high school sweetheart Mary. The two have put everything they own into a truck and moved it thirty-two times and, for now, have settled in Austin, Texas. A former triathlete, and runner, Richard is also an avid outdoorsman. He climbed Colorado’s fifty-four 14,000-foot peaks. He and Mary have cycled more than 50,000 miles on a tandem bicycle. Richard is a life-list birder and a dedicated geocacher. The author of dozens of short pieces, This Eternity is his debut novel, thirty years in the making. --This text refers to the paperback edition.

4.7 out of 5 stars
4.7 out of 5
32 customer ratings
How does Amazon calculate star ratings?
Amazon calculates a product’s star ratings based on a machine learned model instead of a raw data average. The model takes into account factors including the age of a rating, whether the ratings are from verified purchasers, and factors that establish reviewer trustworthiness.
Top Reviews

HPerez
4.0 out of 5 stars An Enjoyable Blend of History and Fiction
Reviewed in the United States on August 14, 2017
Verified Purchase
It's normally difficult for a first-time author to come up with a unique story-line that can developed into a full novel. Richard Taylor came up with 3 of them that he weaves in and out of the main story-line to provide an ever increasing amount of information about the characters as the story unfolds. Set in the jungles of Vietnam during the 60's, the author makes you feel like you're right there taking part in the recon patrols looking for Viet Cong activity. He folds in numerous historical details here and there that add color and depth to the story. Every couple of pages you'll be saying to yourself, "I didn't know that!"

As a non-combat 'Nam Vet, I enjoyed being taken back to the world of "hooches, Arc-lights, and Lifers." Taylor has a way of describing things that will bring out memories you haven't had in years. I sh*t you not! <grin>
Read more
Helpful
Comment Report abuse

J. Crookston
5.0 out of 5 stars Terrific First!
Reviewed in the United States on September 30, 2016
Verified Purchase
A trusted friend recommended this novel as a must-read; he wasn’t wrong. I would offer four thoughts for a potential reader’s consideration. First, the author’s efforts will trump detailed scrutiny of his facts. This book is extremely well researched, down to the smallest detail, for example, his description of the finger holes in the tray of Viet Nam-era footlockers. His Air Force background notwithstanding, he has been successful “penetrating” small unit daily existence, from barracks jargon to details of equipment of the period. Second, his bullseye precision and use of the written language is reminiscent of a Patrick O’Brian novel, that author being the absolute master of accurate word usage. Third, I found I had “bought Bookin” to the novel with its first chapter: “How is this going to fold into the narrative and contribute to the plot?” I was hooked! Finally, the story line could be extremely beneficial to a young person moving toward military service. Leadership challenges in general and awareness of the human factor, certainly in combat, could be better dealt with if some forethought were to be given to them before any confrontation with the myriad of issues one might encounter. Thoroughly enjoyable read!
Read more
Helpful
Comment Report abuse

John Henry
5.0 out of 5 stars Captivating Read
Reviewed in the United States on July 3, 2020
Verified Purchase
Superb book written by a great military leader, Colonel Richard W. Taylor. Col Taylor spent 3 decades researching soldiers who fought and died in Vietnam. This is not a feel good book rather a down in the mud account of human suffering and the impact of war on innocent people. I recommend Netflix turn this awesome book into a series. God Bless Colonel Taylor and his beautiful wife Mary.
Read more
Helpful
Comment Report abuse

TF
5.0 out of 5 stars This is superb!
Reviewed in the United States on May 2, 2016
Verified Purchase
Richard Taylor’s first novel is a winner! He weaves a magnificent story of intrigue, revenge, and final justice through an intricate series of switchbacks in time and place. The time capsule transitions are effective and captivating.
“This Eternity” is a murder mystery set in the backdrop of the Vietnam War, a difficult and troubled period in American military history. Taylor’s unforgettable characters are realistic and natural, sometimes painfully so. Like the times they represent, the characters are forceful, even brutal, eerily haunting, and completely believable.
This novel’s greatest success, however, is the context the author constructs to bring out these characters. Whether describing the Central Highlands, scenes from small towns in rural America, or present day Washington, DC, Colonel Taylor’s settings are particularly well done.
The touching description of highland tribal life, for example, is exceptional. We can easily understand the confusion that simple, isolated village people experience when the outside world arrives to poison their idyllic highland lifestyle. The war brings shattering pain to the highlands and forces hard questions of accountability and responsibility, which adds to the novel’s increasing mystery.
I have read several Vietnam era novels that address the unfinished business of Vietnam and the desire for closure of that tainted, difficult period. Richard Taylor’s “This Eternity” is absolutely the best!
Read more
Helpful
Comment Report abuse

Heidi C. Genter
4.0 out of 5 stars Couldn't put it down
Reviewed in the United States on December 5, 2016
Verified Purchase
A novel about the Vietnam War isn't something I would normal gravitate toward, but since I know and respect the author, I wanted to give it a read. This is a very well-written novel that I couldn't put down. Some of the background story at the beginning was a bit more graphic and disturbing than I like (ironically, not the war, which I would expect), but was probably necessary for when the character reappeared. I definitely learned some interesting things about the war and Vietnam, even though I know this is fiction, I'm sure there was some basis in reality. I would definitely recommend this book!
Read more
One person found this helpful
Helpful
Comment Report abuse

Amazon Customer
5.0 out of 5 stars The writing is excellent! Please keep writing more books
Reviewed in the United States on December 29, 2016
Verified Purchase
I purchased this book not really knowing what to expect from a first-time author, but was quickly impressed. The story line is immediately intriguing, and while I'm not usually drawn to books with brutal scenes, I knew I wanted to read more to find out where this story was going. What I found as I continued reading was a very well researched and authentic tale of war. Not only was I drawn into the characters and their human experiences, but I felt I learned about a war that I really didn't know anything about. The writing is excellent! Please keep writing more books, Richard Taylor. You have a gift.
Read more
Helpful
Comment Report abuse
See all reviews from the United States