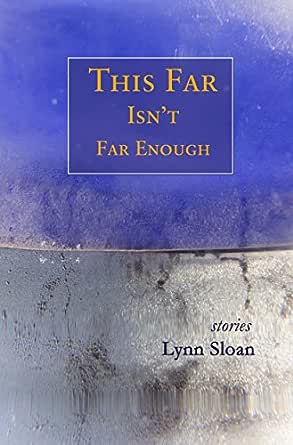 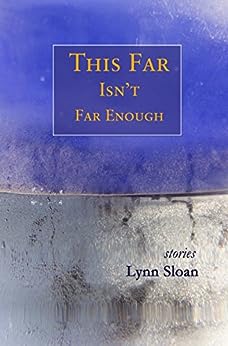 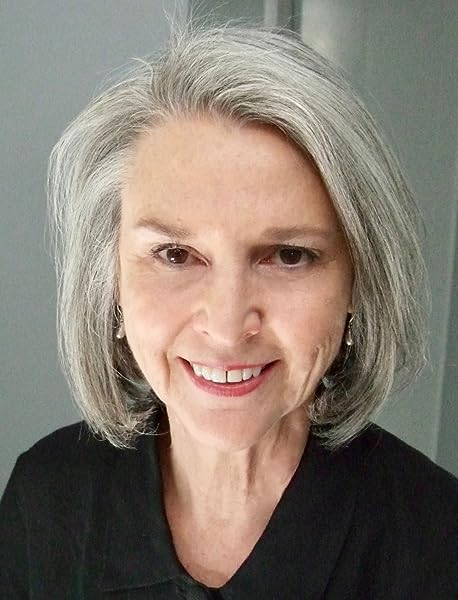 ...engaging...Reflecting Sloan's acute attention to humanity, her characters are varied and have depths that make them individuals I can care about...The book leaves a flavor that lingers-not sweetness, but the mineral clarity of a deep well. It's a satisfying swig of human longing and learning --Story Circle Book Reviews

...exceptional stories by a talented writer who understands that emotions are sometimes indefinable and conflicting, that facing adversity can require more than just courage, and that human feeling is complex and intricate. . .. a layered exploration of both human weakness and strength. . .. --Windy City Reviews

It is not surprising that Lynn Sloan was a portrait photographer, nor that she has turned to fiction writing. Her bent is an exploration of the truths of the human heart, and this collection demonstrates her remarkable gift for it. Possessing hugely different personalities and backgrounds, the characters are compelling, even those with small roles in the stories. Sloan is inventive and fearless in the situations in which she places her protagonists, and the results are painful, sometimes funny, and always illuminating. In every story her continual flashes of insight, so precisely rendered, remind us again and again how heartbreaking in all its complexities is the human dilemma.

--Sharon Solwitz, author of Once, in Lourdes: A Novel, Blood and Milk: Stories, and Bloody Mary: A Novel --This text refers to the paperback edition.

Lynn Sloan is a writer and photographer. Her stories have appeared in Ploughshares, Shenandoah, and American Literary Review, among other publications, and been nominated for the Pushcart Prize. She is the author of the novel Principles of Navigation (2015 Fomite). Her fine art photographs have been exhibited nationally and internationally. For many years she taught photography at Columbia College Chicago, where she founded the journal Occasional Readings in Photography, and contributed to Afterimage, Art Week, and Exposure. She lives in Evanston, Illinois with her husband.. --This text refers to the paperback edition.

JELeary
5.0 out of 5 stars A not-to-be-missed collection
Reviewed in the United States on February 11, 2018
Verified Purchase
In this excellent collection of fourteen stories, This Far Isn’t Far Enough, Lynn Sloan takes on tough topics: parental love vs. estrangement; personal independence despite the dangers of the outside world or the crushing demands of family; fidelity vs. betrayal; hope vs. despair. Sloan’s characters are complex and often deal with competing emotions, troubling memories from the past that intrude on the present or new discoveries that force a reassessment of one’s life. Her characters are frequently unable to express themselves honestly to the ones they love, but they are in touch with the darker impulses that drive them. And yet, love, although challenged, is a thread that weaves through this collection. Her titles often resonate on two levels. Which character in the story, “Safe,” needs protection more, the son or the mother? Do the immutable laws of “Nature Rules” refer to a black bear living near a woman’s cabin or her troubled adult son? In “Call Back,” does the title refer to theatrical auditions or the force that binds a longtime-married couple together in the face of illness? Sloan also has a keen ability to render visual imagery: a faux Caravaggio at the Art Institute, an elaborate low-country menu at a pop-up restaurant in RI, the creepy atmosphere of a grungy nail salon in Bangkok, the hallucinatory appearance of a home intruder, a family video tape capturing a child committing an act of cruelty. Her characters span different ages and classes; they live in the country and in the city; they make mistakes and they fall short of perfection, but they are indelibly real and memorable. The power of these stories lingers long after the reading.
Read more
3 people found this helpful
Helpful
Comment Report abuse

Dallas Smith
5.0 out of 5 stars spot-on insight
Reviewed in the United States on March 5, 2018
Verified Purchase
I like short stories because I can put the book down and not feel the need to pick it up again soon. In this case, I kept picking it up to see how the next story could captivate me. Such diverse situations, such interesting characters, such precise and clear writing that captures the essence of the human experience.
Read more
2 people found this helpful
Helpful
Comment Report abuse

Kindle Customer
5.0 out of 5 stars Unique collection of stories
Reviewed in the United States on April 8, 2018
Verified Purchase
What a fun, wonderful book. The stories are not related to each other, as some short story collections are, but each story is unique. The range of stories and characters address a number of issues that we may have faced in our lives. Many aspects of the stories are not predicable; the ending of the story will often surprise the reader. I highly recommend this collection of short stories. Enjoy!
Read more
One person found this helpful
Helpful
Comment Report abuse

AC
5.0 out of 5 stars Five Stars
Reviewed in the United States on May 18, 2018
Verified Purchase
One of the best short story books I've ever read.
Read more
2 people found this helpful
Helpful
Comment Report abuse

Marylee MacDonald
5.0 out of 5 stars Stories that linger on the taste buds...
Reviewed in the United States on March 20, 2018
Verified Purchase
These beautifully written stories transport us into other realities. Novelistic in the breadth of their concerns, stunningly visual, these stories are as much a delight as opening a box of gold-foil-wrapped truffles.
Read more
One person found this helpful
Helpful
Comment Report abuse

Wapshot
5.0 out of 5 stars But this is certainly not a defect in Lynn Sloan’s excellent combination of widely varied worlds
Reviewed in the United States on March 16, 2018
By its nature, a collection of stories is often hard to encapsulate in a tidy review. Being made of many usually separate pieces with different situations and settings, such a book does not lend itself to the sort of compressed summary people these days often want. But this is certainly not a defect in Lynn Sloan’s excellent combination of widely varied worlds. Her range transports us from an unlikely southern restaurant populated by food loving characters who walk the thin edge of the law in “Ollie’s Back” to a seedy women’s boxing ring in “The Sweet Collapse of the Feeble” to the complications of an old flame on vacation in “A Paris Story” to the chaotic streets of Bangkok in search of an MIA uncle in “Lost and Found” and several other interesting places besides.
Sloan has a knack for capturing lives at points of maximum tumult and for showing the complexity of thought and feeling and action which govern the critical moments. These tales do not merely skate along the surface; they plumb the undercurrents with deft imagery and stretches of lyricism and keen interplay and the telling phrase. They juggle different threads in the central narrative, while never losing sight of where the narrative should lead us. A double emotion, desire and disappointment, are accurately rendered in a single sentence as when a bereft wife says, “She had thought all the molecules in her body had been realigned along an axis that was permanently tilted toward him.”
Here are conflicted mothers and daughters, mysterious strangers and wayward husbands, current and former lovers, cherished and devastating memories, characters as real as the ones we encounter every day. It all speaks to the fascination and multiplicity of life. This is a dazzling literary performance.
Read more
2 people found this helpful
Helpful
Comment Report abuse

Phaedra
5.0 out of 5 stars painful, frightening as it might be
Reviewed in the United States on April 1, 2018
This Far Isn’t Far Enough, Lynn Sloan’s stunning collection of short stories, introduces unique, complicated characters who face compelling turning points in their lives and, drawing upon their sound understanding of who they are and what they need to do, decisively carry out that action, difficult, painful, frightening as it might be.

Readers who follow the impulse to pass judgment on fictional characters will be missing the point if they attempt to do this when reading these stories. The experience Sloan has devised is not to have readers determine how a character might have avoided being caught in the morass he or she is tangled in. Instead, she uncovers the abilities and motivations her characters will need in order to escape from the low point they’ve sunken to so they'll be able to go as far as they need to go. In doing so, she stimulates the reader to recognize the characters’ determination, strength, will, or whatever else the effort will take. The reader winds up respecting characters they might otherwise have rejected as “weak,” “a loser,” “unfocused,” or otherwise someone to write off and learning a great deal about understanding other people’s points of view.

This Far . . . is a valuable gift the author has given to readers.
Read more
2 people found this helpful
Helpful
Comment Report abuse
See all reviews

Susan Coolen
5.0 out of 5 stars Compelling intense ... difficult to put down and impossible to forget
Reviewed in Canada on September 30, 2018
Verified Purchase
Lynn Sloan's 'This Far Isn't Enough' is a collection of the complex, sharp, hauntingly told stories of her characters. Each is a tightly wound experience, drawing the reader in, gripping yet releasing one to enter into another compelling intense narrative. These far-ranging experiences and inner lives are complete unto themselves and at the same time completely woven into a collection that is difficult to put down and impossible to forget. Susan Coolen
Read more
Report abuse
See all reviews