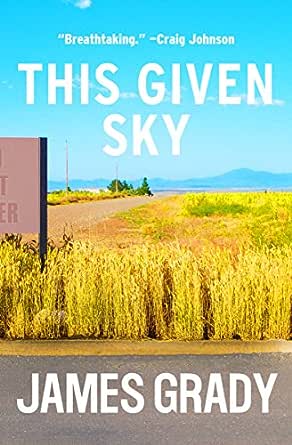 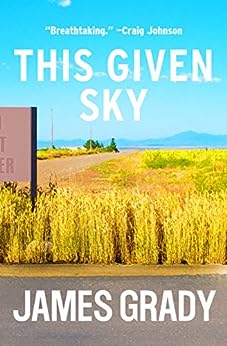 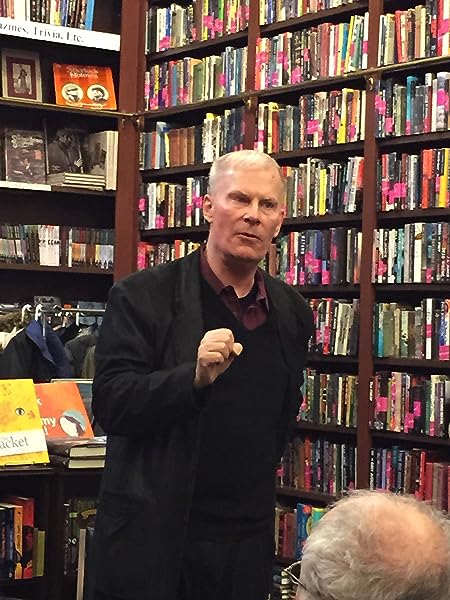 This Given Sky Kindle Edition

“In a breathtaking return to his Montana roots, James Grady gives us a portrait of three lives intertwined like a horsehair bracelet—strong, fine, and artistically incomparable.” —Craig Johnson, author of the Walt Longmire mystery series
“What a pleasure to be in the hands of a master storyteller.” —Dennis Lehane, author of Mystic River
“The king of the modern espionage thriller.” —George Pelecanos, novelist and producer of The Wire
“One of the acknowledged masters.” —S. J. Rozan, Edgar Award winner
“Grady is a master of intrigue.” —John Grisham

James Grady (b. 1949) is the author of screenplays, articles, and over a dozen critically acclaimed thrillers. Born in Shelby, Montana, Grady worked a variety of odd jobs, from hay bucker to gravedigger, before graduating from the University of Montana with a degree in journalism. In 1973, after years of acquiring rejection slips for short stories and poems, Grady sold his first novel: Six Days of the Condor, a sensational bestseller which was eventually adapted into a film starring Robert Redford.
After moving to Washington, D.C. Grady worked for a syndicated columnist, investigating everything from espionage to drug trafficking. He quit after four years to focus on his own writing, and has spent the last three decades composing thrillers and screenplays. His body of work has won him France’s Grand Prix du Roman Noir, Italy’s Raymond Chandler Award, and Japan’s Baka-Misu literary prize. Grady’s most recent novel is Mad Dogs (2006). He and his wife live in a suburb of Washington, D.C.

3.6 out of 5 stars
3.6 out of 5
7 global ratings
How are ratings calculated?
To calculate the overall star rating and percentage breakdown by star, we don’t use a simple average. Instead, our system considers things like how recent a review is and if the reviewer bought the item on Amazon. It also analyzes reviews to verify trustworthiness.
Top reviews

BanjoRuth
5.0 out of 5 stars Not a thriller, not a mystery, just a great story
Reviewed in the United States on May 24, 2016
Verified Purchase
Buy it. Read it in one sitting as I did. This story is a one of a kind powerful short story with enough substance to have been a novel.
Read more
Helpful
Comment Report abuse

Judie Klepper-Criner
5.0 out of 5 stars My home town!
Reviewed in the United States on December 11, 2012
Verified Purchase
Great read! Thanks, Jim for taking me back to Shelby through this intriguing story of close pals and their lifelong friendship and loyalty to each other.
Read more
Helpful
Comment Report abuse

Stacia Austin
5.0 out of 5 stars Great story
Reviewed in the United States on May 19, 2013
Verified Purchase
I grew up in Shelby so it was fun to read a book based around people who live in Shelby. My family were the original owners of The Tap Room. I really like how James Grady puts a story together.
Read more
Helpful
Comment Report abuse

Mary
2.0 out of 5 stars Too many endings
Reviewed in the United States on December 27, 2012
Verified Purchase
I don't like books with multiple endings to choose from. I read a book to find out how it ends.
Read more
One person found this helpful
Helpful
Comment Report abuse

Melissa
1.0 out of 5 stars Not my idea of a good book
Reviewed in the United States on January 20, 2014
Verified Purchase
This book was suggested as a good read by my son's teacher. I decided to read before the class was to read it.
This is a poor excuse for a good book. Full of immorality and I cannot say I saw any good in it.