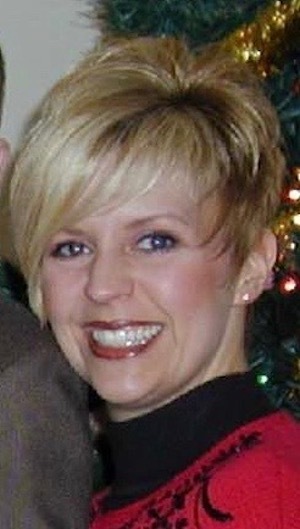 "What We Forgot to Bury" by Marin Montgomeryn
Truth and deceit blur as one woman’s desperation twists into another’s desire for revenge in this mind-bending psychological novel. | Learn more
click to open popover

Terri looks for any opportunity to make stuff up and thinks anything that can't so easily be explained is worth an extra look and often makes a great story. She loves red wine, scotch, sunrises, Ancient Egypt, the beach-and a host of other stuff that would take too much real estate to talk about. The youngest of five children, she lives with her husband and son on Long Island. And, in her next life, if she hasn't moved on to somewhere else, she wants to be an astronomer. Terri's fascinated with the night skies almost as much as she's fascinated with ancient Egypt. Terri is a member of member of Sisters in Crime and Mystery Writers of America, and you can read about her at http: //terriponce.com/. You can also find her on Facebook and Twitter. Come visit. She'd love to hear from you!

Start reading In This Life (Past Life Series Book 1) on your Kindle in under a minute.

4.1 out of 5 stars
4.1 out of 5
62 global ratings
How are ratings calculated?
To calculate the overall star rating and percentage breakdown by star, we don’t use a simple average. Instead, our system considers things like how recent a review is and if the reviewer bought the item on Amazon. It also analyzes reviews to verify trustworthiness.
Top reviews

Barbara Ybarra
2.0 out of 5 stars Annoying blunders
Reviewed in the United States on May 25, 2019
Verified Purchase
I took a chance and was very disappointed. I was even prepared to put up with what I thought were annoying plot blunders, but half way through I was sick of hearing that at least 3 men were fawning over this one woman because she was caught up in dramatic and erotic past life memories, even though she took FOR-EVER to admit that they were past life memories. She kept saying stupid stuff like "they are REAL memories but I just don't know from WHEN", when she obviously knew they were from ancient Egypt. And then for her to keep insisting to her husband that he listen to her her erotic entanglements with 2 other present day men. I mean, really??, what guy would put up with that? Yes, there was a mystery and someone was indeed stalking her (I guess so, though I did not finish the book), and it did seem as if the author knew something about military special ops, which sort of held my attention for awhile, but the big obvious blunder in the beginning irritated me too much. The writing was intelligent, but I have to suggest that this author rethink her premises and make her story stick together better, and please assume that the reader knows about past lives, so stop making a huge deal out of it. Show don't tell, that there is energy between people. Probably if I met the author she would seem nice, but really, the whole thing seemed self-pandering, like the author would love to have 3 men taking care of her "needs". Maybe there are silly women out there who just read until they get to the hot sexy feeling, though the erotic stuff is mild by any standard.
Read more
Helpful
Comment Report abuse

Annette
5.0 out of 5 stars Excellent story of love, trust and past lives...
Reviewed in the United States on March 22, 2015
Verified Purchase
I'm always hesitant when I read reviews that say, "I couldn't put it down!" because quite frankly, there have been few books in the last 10 years or so that I haven't been able to walk away from. Well, now I'm one of those people writing a review prefacing that you should set aside some time and be prepared to be immersed. Whether you believe in reincarnation or not, this book is so well written with character development, plot twists and plenty of attention to detail that the suspense of 2 timelines will keep you hooked!

To me, David was most certainly spot on in his characterization in reference to his job. A law enforcement personality with the perfect mix of loyalty and someone who tries to understand what he can't see. And Lottie.....with her endless need to understand what she did see and couldn't explain to David within a rational means. These two characters are perfect for each other and exhibit exactly why opposites attract and gain mutual respect for one other.

Bravo, Terri! I purchased the second book in this series 5 minutes after turning the final page to this one.

Nina L. Mayleas
4.0 out of 5 stars In and Out of This Life
Reviewed in the United States on January 19, 2013
Verified Purchase
An excellent first novel. Very compelling and touching. The reader felt Lottie's unease, uncertainties, fears and joys throughout. The use of the senses of taste, smell and touch within her dream/regression states was most evocative and effective.

One might feel that it was a bit "neat" that all of the important people within Lottie's current life played a large part in her past. However, as a believer that we choose our incarnations based on the lessons we have and need to learn I found it delightful. I too love Egyptian history ever since the King Tut exhibition at the Metropolitan Museum of Art in the '80s. Shortly after that Pyramid Power was all the rage!

Some of the arguments with David and scenes from the past seemed repetitive and this may be due to the fact that this is a first novel. I am sure your craft will improve with additional writings.

Kudos on this first novel Terri, many more successes to you in the future.

P.S. My sister lived in Egypt for a year with her son who was being trained as a squash player. On her return, she presented me with a variety of scented oils, some spicy, some sweet.
Read more
2 people found this helpful
Helpful
Comment Report abuse

Cary Morgan
5.0 out of 5 stars Very well done
Reviewed in the United States on June 2, 2014
Verified Purchase
Mesmerizing. This is a tour de force by Terri Herman-Ponce. At times bewildering, alarming, and thrilling, In This Life never disappoints.
Psychiatrist Lottie Morgan is having some serious memory issues, and the people in her life not only aren’t helping, they may be making the situation worse. Especially her boyfriend, ex-military hunk, David. Pragmatic and an “I’ll believe it when I see it” kind of guy, he shows extraordinary patience with her, but that has its limits. And, in the spirit of adding insult to injury, she may have a stalker. What is going on?
Even as Lottie’s woes and confusion pile up, the reader glides happily along, enjoying the lyric writing, the otherworldly quality of her ‘memories’, and the evocative recounting of another life and love. Wonderful. Very well done.
Read more
2 people found this helpful
Helpful
Comment Report abuse
See all reviews

JB45
3.0 out of 5 stars Only if you are prepared to read a book with a plot depending on memory regression into past lives
Reviewed in the United Kingdom on November 3, 2018
Verified Purchase
Others seem to love it, but I found that acceptance of the reality of memory regression to former lives too much for an interesting story .(The heroine was, of course, and Egyption princess.) She did accept that her partner would find it very hard to believe . Only believable part of weak story! I am hoping to forget reading it very quickly both in this life and the next.

To be fair to the author, I should have not bought it as I now see that it is part of a "Past LIfe" series.
Read more
Report abuse

Aine Callan
5.0 out of 5 stars Excellent ...
Reviewed in the United Kingdom on March 15, 2015
Verified Purchase
I thoroughly enjoyed this book and look forward to reading more from this author. Her skill in writing will have you gripped from page one, as it did for me. Fabulous story too. Definitely recommend you read it too. ☺
Read more
One person found this helpful
Report abuse

BP
4.0 out of 5 stars Recommended
Reviewed in Canada on July 12, 2015
Verified Purchase
Well written and imaginative. An enjoyable read with an interesting mystery. Characters beyond the main protagonist were a bit weak.
Read more
Report abuse
See all reviews
Pages with related products. See and discover other items: egypt in historical fiction