This Little Light: A Novel and millions of other books are available for Amazon Kindle. Learn more 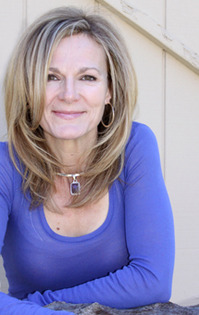 by Lori Lansens (Author)
4.0 out of 5 stars 19 ratings
See all formats and editions
Sorry, there was a problem loading this page. Try again.

“Lansens throws her readers right into the action and keeps them there, as thirsty, hungry, and frightened as two young girls on the run. A crazy-good coming-of-age thriller that will make you sweat, starting at page one.” -- Christina Dalcher ― author of VOX

“Lori Lansens imagines a near-future that is stark, visceral, and terrifyingly real. Hallelujah for the audacious self-professed heathen, Rory Ann Miller, who holds the adults in her world accountable while reminding us to never stop fighting for freedom. This book is a one hell of a wake-up call. I was rooting for Rory from page one.” -- Ami McKay ― author of The Birth House and The Witches of New York

"A twenty-first-century The Handmaid’s Tale." ― Booklist

Lori Lansens is a successful screenwriter and novelist whose books have been sold in more than 13 countries. She is the author of four previous novels, including the New York Times bestseller The Girls. Born and raised in Chatham, Ontario, she now lives in Santa Monica, California.

Start reading This Little Light: A Novel on your Kindle in under a minute.

Lori Lansens was born and raised in Chatham, Ontario, a small Canadian town with a remarkable history and a collection of eccentric characters. Living with her family in southern California now, she could not resist the pull of her fictitious ‘Baldoon County’ when she set out to write The Wife's Tale. She took the journey, along with her main character, from Canada to the Pacific Coast of America, where she enjoys the sunshine, and has learned a thing or two about transformation. She has written several screenplays and is the author of two previous novels, The Girls and Rush Home Road.

Mara L.
4.0 out of 5 stars Fascinating Dystopian Novel
Reviewed in the United States on September 14, 2020
Verified Purchase
‘This Little Light’ by Lori Lansens is a fascinating dystopian YA novel set in 2024, where the Christian far right has gained much more power and influence and abortion has been banned. The story is told in a rambling blog format over 48 hours, written by Rory, while she and a friend are on the run accused of bombing their Christian school. 16 year old Rory and her friends are wealthy and live in Calabassas, California, near Los Angeles and famously home to the Kardashian family. The format was pretty interesting but didn’t always work for me as some parts seem a bit long-winded and some parts didn’t seem realistic. (How was the battery of an old laptop so endless?) Nevertheless, Lansens is a talented writer and kept me hooked. I was so curious to learn the background as to what lead Rory and Fee to being on the run from Christian zealots. The story was fascinating and I liked that Rory’s voice was that of an “outsider” perspective, her being a liberal Jewish atheist in a now extremist Christian country.

Earl
5.0 out of 5 stars Way too close to the chaos of Trumpenfuehrer's AmeriKKKa
Reviewed in the United States on August 11, 2020
This Little Light by Lori Lansens is a dystopian (unless you belong to the Cult of Evangelicalism, in which case you might think just the opposite) novel set in the very near future (2024).

I was torn on a five star scale between a four and a five. The illustration of the current craziness taken to its logical end is important to understand. The inherent contradictions between what is said (and demanded of OTHERS) and what the hypocrites do are made crystal clear here. Even a high school student can see and understand the tremendous immorality and unethical "beliefs" of these people. And that is in addition to the dangers of both misusing and mismanaging social media. And, as is usually the case in the US, which is where this is set, those who pay the highest price are women and people of color.

The main thing that made me consider a four star rating was really more about my slowness in getting used to Rory's voice, that of a teenager. Namely a teenager in a privileged community and the types of speech they might use. But, in fact, I did become accustomed to the phrasing and the slang and, at least where I am, there are young people who speak like that and especially who post comments like that. So while it doesn't represent every young person, it does represent a fair number of those like Rory.

While the action of the immediate story takes place over just a couple days, we get background in flashback form. If you dislike flashbacks as a way to fill in the past without turning the book into a slower paced story taking place over a longer time frame, then you may get frustrated here. I found the flashbacks to be effective in slowly filling me in while the action spirals out of control.

I think there are probably many ways to understand this story. One is simply as a dystopian novel using current events taken to an extreme as the foundation. If, like me, you think we have already gone beyond extreme in our having a pathological liar as POTUS, faux Christians wanting to tell everyone what they can do, and a complete disregard for those different from us, then this is not just a novel but a warning that we need to stop this nonsense. By whatever means necessary! For me, this is a call to arms.

I recommend this to fans of dystopian literature as well as those who ask themselves every day 'what new hell are these faux Christians and their Trumpenfuehrer leader going to try to unleash on us today?' If you happen to be one of those intellectually challenged people, well, you'll probably side with the wackos in this book.

Reviewed from a copy made available by the publisher via NetGalley.
Read more
2 people found this helpful
Helpful
Report abuse

ReadYourselfHappy
2.0 out of 5 stars A YA dystopian novel that ultimately fell flat
Reviewed in the United States on September 10, 2020
I kept seeing Lori Lansens’ This Little Light described as a dystopian novel, so I was excited to give it a shot. Dystopia, especially young adult dystopia, is a genre that has been done to death. Starting with The Hunger Games, there were years of YA dystopian novels being pushed by publishers, most of them not worth your time.

I would love the genre to make a comeback, however, so I’m always on the lookout for something new. This Little Light is a very light dystopia, where Christian fundamentalists have gained power and abortion has become illegal.

Two teenage girls, Rory and Fee, are forced to flee after an explosion at the American Virtue Ball they’re attending. The novel is told from Rory’s perspective, as she live-blogs the entire situation.

The first thing I want to mention is that events like the American Virtue Ball actually happen. The point of these “Purity balls” is to promote abstinence and to promise your fathers and god that you’ll abstain from sex until marriage. Just like in This Little Light, fathers present their daughters with some kind of gift (ring, necklace, etc.) in exchange for their daughters promising a vow of chastity to their fathers. I’m not going to get really deep into this, except to say that it creeps me out, women are not possessions of men, and that abstinence doesn’t work.

The blog format was interesting. On the one hand, it propels the narrative forward and portrays a sense of panic to the reader. At the same time, however, I found it irritating. Rory would write things like:

“Holy shit. Just heard something, and it wasn’t the wind. There’s a truck on the road, and it’s coming this way.”

I find it to be unrealistic that someone would type that instead of just jumping up to investigate, especially when they’re literally being hunted by bounty hunters. I understand why Lori Lansens went with this format because, again, it does add a sense of urgency to the story, but it would have worked just as well as a more typical first-person narrative.

The biggest issue I had with this novel is that the reaction to the book’s inciting event is excessive and it requires a suspension of disbelief. There’s a small explosion at the American Virtue Ball (where no one is killed) and the person running the show (whose name is Jagger Jonze, by the way) puts up a million-dollar bounty to track Rory and Fee down. There’s no real evidence that they’re responsible for the explosion, and I found it hard to believe that the entire nation would rally behind this and start tracking down two teenage girls. For this level of reaction, something much bigger and more important should have occurred.

I don’t know if this is because I’m getting old, but I struggled with Rory’s vernacular. The author is 58 years old but is writing from the perspective of a 16-year-old. Lansens uses a particular sentence structure over and over again that really annoyed me:

“We live in Calabass, California, which is famous because Kardashians.”

Maybe young people today do talk like that, but it bothers the crap out of me. Obviously, this is a personal preference, so it might not bother you at all, but “a because b” is not proper English.

All of the characters in This Little Light are incredibly rich and privileged, which usually turns me off of a book. So I really appreciated that Lori Lansens wrote Rory to be hyper-aware of her privilege and how lucky she is compared to the majority of the world. It made her character a little easier to stomach.

This isn’t a book that I can recommend. Much better options would be Margaret Atwood’s The Handmaid’s Tale or Octavia Butler’s Parable of the Sower, both novels that are highly deserving of your attention. I appreciate what Lori Lansens was attempting to with This Little Light, but it ultimately fell flat.
Read more
Helpful
Report abuse
See all reviews
Back to top
Get to Know Us
Make Money with Us
Amazon Payment Products
Let Us Help You
EnglishChoose a language for shopping. United StatesChoose a country/region for shopping.
© 1996-2021, Amazon.com, Inc. or its affiliates