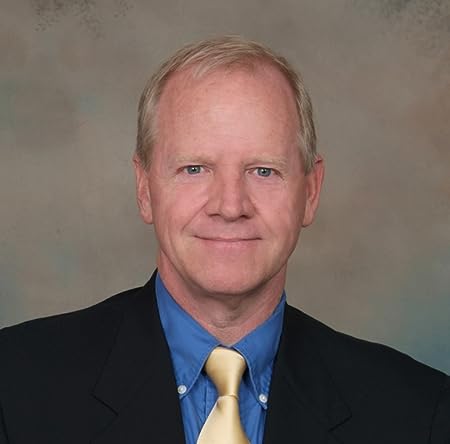 Where and when I was born is not important. How I occupied my time for the first 50 years of my life is not important. What is important is my four children and my seven (at last count) grandchildren. It is for those, that I have written my poems and stories.

America, as both a nation and a philosophy, is also important. After flirting with public service as a city councilman (1993) and a state representative (2009), I became heavily involved in two things: My personal need to understand the Constitution and the mechanics of how a political party works.

During the education process, I determined that the nation is in danger - but not from the threats identified by the "common wisdom" of pundits, editorial boards, and political science professors. It, our nation, is in danger because ideals have been traded in for victories. Churchill once said that some men leave their ideals for their party and others leave their party for their ideals. He was right. The works presented on this page are about ideals, not parties or politics. The ideals are those forming the philosophy from which the Constitution arose. 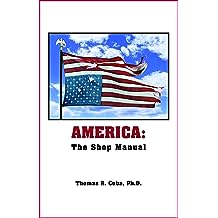 America:: The Shop Manual Sep 22, 2019
by Thomas Cuba
$0.99
A Shop Manual is the book that people such as auto mechanics and appliance repairmen use to guide them through the process of fixing broken items. In AMERICA: The Shop Manual, Tom Cuba mirrors the mechanic's repair manual and takes the reader step-by-step through the changes that are necessary to return America to a state of exceptionalism.

Why you should read America: The Shop Manual
Successional Ecology is the study of how nature responds to change. The change can be dramatic and pervasive or a subtle shift in one of the driving pressures, such as rainfall. Tom has a doctorate degree in successional ecology and practiced in that field for 30 years. Upon retiring, he noticed that the world of politics shared most of the same dynamics as the natural systems he’s studied. There are predators and prey in both nature and in politics. There are those who pretend to be other than what they are. There are those who lay traps and those who fall into them. As a result, when Tom looks at a political situation, he does so from a completely different vantage point than the more common political analyst. The subsequent recommendations that Tom makes are not political. They are not self-serving. They are born of the analysis of the dynamics and aimed at recovering the special relationship between the citizen and government that had once made America exceptional. It is refreshing. It is frightening. It is comforting. 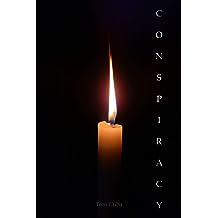 In elections, conspiracies are common, but not all end the way this one does.
The author has been engaged in political activities for many years at many different levels. In this short story, none of which is true, he fictionalizes many of the attitudes and motivations extant in the political process of elections. No party or issue is mentioned - the story applies universally.
Read more 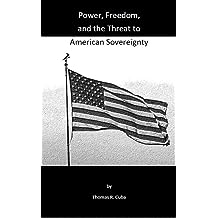 Power, Freedom, and the Threat to American Sovereignty Apr 6, 2017
by Thomas Cuba
( 2 )
$0.99
This publication contains two essays. The first explains the Constitution and the second explains American subservience to the United Nations. What makes the explanation of the Constitution different from the hundreds of other explanations is that this one explains what it says, not what someone else has interpreted it to say. In it, I also expose the fact that the most important piece of the document isn't even written down.
Read more 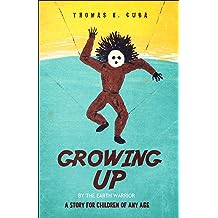 Growing Up: A Story for Children of Any Age Mar 18, 2017
by Thomas R. Cuba, Thomas Cuba
$4.99
In Growing Up, the Earth Warrior tells tales of his journey through life, and the lessons he's learned in his travels. Each story is short and may be read in whatever order the reader chooses, albeit the last one should be saved for last.
Read more 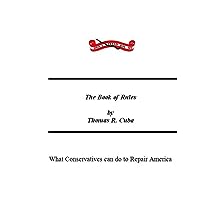 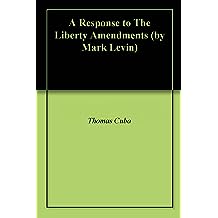 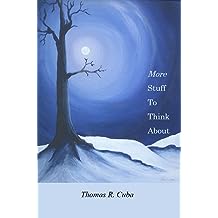 More Stuff to Think About: A Second Collection of Essays Oct 29, 2016
by Thomas Cuba, Thomas R. Cuba, Katherine Cuba
$4.99
A collection of essays on the American Condition, derived from observations made between 2012 and 2016.
Read more
Other Formats: Paperback 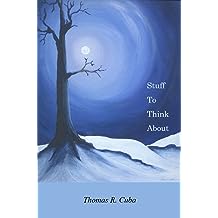 Stuff to Think About: A Collection of Essays Dec 21, 2015
by Thomas Cuba, Katherine Cuba
$4.99
A collection of essays on American society, governance, and life.
Read more
Other Formats: Paperback