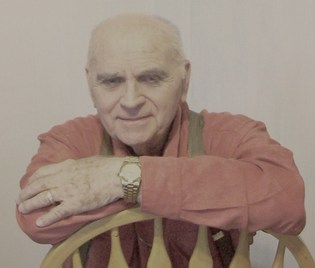 Thomas Adams was born during the Great Depression in Springfield Missouri.He and his family lived in a shanty on a railroad switching yard his first five years, then they moved up to a three room house.He worked his way through Catholic school singing six masses a week as a soprano then baritone when his voice changed. He and his family moved to San Francisco, California in 1943. He graduated from Richmond High School in 1944 and joined the Navy. He was a combat aircrewman, later a language translator. When he left the Navy he attended the San Francisco Conservatory of Music, studying voice and singing for a living. His day jobs included radio newscaster, longshoreman, taxi driver and dispatcher, cook, chef, restaurant manager.

In 1954 he joined the Santa Ana Police Department, worked through the ranks as Investigator,Sergeant,Lieutenant,Division Commander and Adjutant to the Chief. Adams has a B. S. in Police Science and Administration and an M. S. in Criminology, both from California State University, Long Beach. Tom started teaching part time in 1959, then full time after he left the police department in 1968. He taught at Orange Coast and Golden West Colleges in Costa Mesa and Huntington Beach until 1970 when he moved to Santa Ana (CA) College where he stayed until 2005.At Santa Ana College he was Criminal Justice Professor And Department Chair for 23 years and Dean of Applied Arts and Sciences for three years. Adams was one of the founders and instructors in two Orange County (CA) police academies beginning in 1961, and has taught most of the courses in academies since.

Adams is Program Coordinator and Ass't Professor of Criminal Justice at Del Mar College and instructor in the Del Mar Regional Police Academy Corpus Christi, TX. He is an adjunct instructor at the University of Incarnate Word, and has taught Criminology and Criminal Justice courses at Califoria State University (Long Beach), Cal State Univ.(Los Angeles), National University, College of Southern Nevada, Santiago Canyon College, and others. Tom is a past president of the California Association of Administration of Justice Educators (CAAJE) and a former charter member of the California Training Officers Association. He is a licensed pilot, a polygraph examiner,hypnotist, and handwriting analyst. He has been a California licensed private investigator since 1968.

Thomas has more than twenty publications to date, more than twelve titles with subsequent editions. The eighth edition of his POLICE FIELD OPERATIONS was released by Pearson-Prentice Hall with a publication date of 2014. Other recent Kendall Hunt textbooks are CRIMINAL JUSTICE 101, An Introduction to the System, 2nd ed.(2014) and POLICE SYSTEMS IN THE U.S.(2012).Adams is currently writing textbooks on police management and Texas Criminal law. Tom is also a member of Screen Actors Guild and specialized in voiceovers and commercials until he and his wife Maria moved to Texas in 2007.You can reach him at tomadams0827@att.net; tadams4@delmar.edu; or at this website. 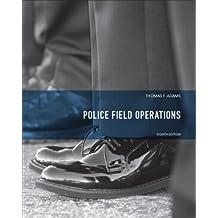 This is the eBook of the printed book and may not include any media, website access codes, or print supplements that may come packaged with the bound book.

The result of over two years of revisions, Police Field Operations, Eight Edition brings this essential text up to date with the most recent developments in police practices and procedures. For years, Adams has served as the textbook standard for police departments and academies and academic programs across the country. Written from the perspective of a working police officer, the text presents the real-life scenarios an officer is likely to encounter while on-duty. It focuses on community policing, details how and why certain procedures are used, and provides instructional techniques from leading police academies.