Thread for Pearls: A Story of Resilient Hope and millions of other books are available for Amazon Kindle. Learn more 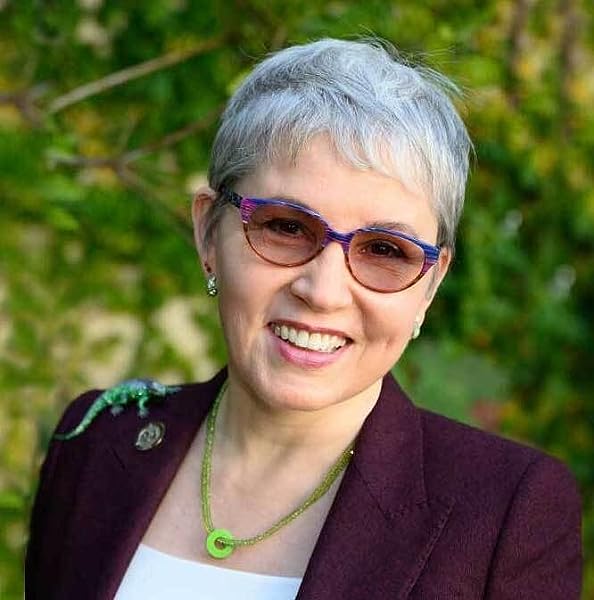 by Lauren Speeth (Author)
4.2 out of 5 stars 25 ratings
See all formats and editions
Sorry, there was a problem loading this page. Try again.

A near-death experience in a car with her Mother; running from tear gas at a Vietnam War rally hand-in-hand with her Pop; a year in India learning side-by-side the country's 'untouchables;' the highs and lows of living on a rural Pennsylvania commune…and all before Fiona Sprechelbach's thirteenth birthday.

Set during one of the most politically divisive eras in American history, Thread for Pearls is a coming of age tale that takes us on a young heroine's journey to faith and freedom amidst a turbulent family dynamic. It's a story of resilient hope that questions whether it's the events of our lives that define us, or the thread on which we choose to string them.
Read more
Previous page
Next page

Master storyteller Lauren Speeth has shared her stories in film and print over the years with audiences around the world, to critical acclaim. Her storytelling interests run the gamut, from books about the American experience to 3-D films about Irish spirituality, to music about love and life. In this, her first novel, she shares what she has come to understand as the fundamental human experience of resiliency and hope.

When not dreaming up stories, Speeth leads Elfenworks Productions, LLC, a pro-social business with internationally acclaimed media content, and The Elfenworks Foundation, where she has assembled a team of social entrepreneurs of the highest caliber that work together daily on projects that foster the greater good.

Start reading Thread for Pearls: A Story of Resilient Hope on your Kindle in under a minute.

Master storyteller Lauren Speeth has shared her stories in film and print over the years with audiences around the world, to critical acclaim. Her storytelling interests run the gamut, from books about the American experience to 3-D films about Irish spirituality, to music about love and life. In her novel Thread for Pearls, she shares what she has come to understand as the fundamental human experience of resiliency and hope. In her primer on social entrepreneurship, Intelligence and Compassion in Action, she shares a methodology used successfully at The Elfenworks Foundation that’s based on the wisdom of Jimmy Carter, America’s 39th President. In her second primer, on eMinistry, she provides faith leaders with an onramp to a virtual presence. And in Tracks of Hope, written before the Great Recession, she explores America’s runaway train of poverty and inequality through thought-provoking questions and photography.

Speeth, also an acclaimed documentarian, hails from family of filmmakers, musicians and writers, and her musical aesthetic informs her work. Two of Speeth's films, &quot;A Concert for Hope&quot; (2008) and &quot;Exploring Hope for Better Times&quot; (2018), bookend a library of purpose-driven films, and highlight the intent to uplift and inspire that have permeated her filmmaking efforts since 2004. She has tackled subjects ranging from eco-green to Celtic green, from yesterday's heroes to tomorrow's change-makers. Her films have been screened in festivals worldwide and have been aired on television including Starfish TV, The Classic Arts Channel, Marin TV, and Denver's Channel 57. Among her accolades: Best Host – Documentary; Best 3D Documentary; Best Inspirational Film; Best Woman Filmmaker; Best Documentary Feature; Best International Mid-Length Documentary; Best Music Video; HIFF Silver Lei; and Best Jazz Video.

An accomplished musician and full voting member of NARAS, Speeth has penned compositions, produced and played on albums, conducted ensembles, and performed at fundraisers. She plays electric bass and keys in a contemporary worship service and is a member emerita of the Peninsula Symphony's First Violin section.

As an educational media expert, Speeth draws on her years of experience in the Silicon Valley, from the startup to the Fortune 50 levels, and on training in philanthropy leadership and chaplaincy. She holds two doctorates as well as credentials in IT security and teaching, and has served as a member of the External Advisory Board to the Stanford Center on Poverty and Inequality, Lifetime Member of The Carter Center's Board of Councilors, former Trustee of Mills College, and Regent Emeritus of Saint Mary's College of California.

Speeth has lectured widely, including the USA, Australia, China, India, Jordan, and Ukraine. Having judged thousands of film entries and participated in panels on film for change, Speeth especially enjoys encouraging the next generation of filmmakers through the Elfenworks award at Campus Moviefest.

alexia flores
5.0 out of 5 stars Great Book!
Reviewed in the United States on November 16, 2020
Verified Purchase
This book is something I feel more teenagers should read because as they grow into adulthood it is hard to understand that sometimes you can’t rush time and to never give up on your dreams. This book opened my eyes to understanding that as a teenager myself i wasn’t alone in feeling lost or confused. LOVED IT
Read more
Helpful
Report abuse

huntergatherer
5.0 out of 5 stars You can't help but admire and like Fiona.
Reviewed in the United States on April 26, 2018
Verified Purchase
An inspiring tale of a girl's journey from infancy to College Graduation during the wild '6os and '70s, growing up in a family that embraces that wild time. Young Fiona finds her way through the confusing times by creating a set of rules to make sense of her world. You can't help but admire and like Fiona.
Read more
One person found this helpful
Helpful
Report abuse

Clara south
5.0 out of 5 stars Good quality
Reviewed in the United States on March 19, 2021
Verified Purchase
I hated this story and was forced to read it for en English class but the book was in great condition and came on time.
Read more
Helpful
Report abuse

Susan Roberts
TOP 1000 REVIEWERVINE VOICE
4.0 out of 5 stars A Story of Resilient Hope
Reviewed in the United States on August 17, 2018
"I think you need to keep your heart together, wherever you are. You can't leave broken bits of your heart scattered all over the place. "

Fiona had a very different upbringing by today's terms. The novel takes place in the 60s and 70s when her life wouldn't have seemed as unconventional as it would to us today. She and her sister lived with their parents until her parents split up. Her sister stayed with her mother and she went to live with her dad and his new wife. Her parents were major counter-culture people. Her Dad took her to anti-Vietnam rallies where she got tear-gassed, the family moved to India to find peace plus she lived in a commune - all this before she became a teenager. they basically let her raise herself and she didn't seem to have many rules to follow growing up. At times she seems at peace with her life even though she is always questioning it and at other times she seems to rebel against all of the changes and the lack of parental guidance. After living such a tumultuous life, will Fiona be able to become a strong young woman? It's an adventure for her but also for the reader who is cheering for her to succeed.

From the Dedication: "As we work to make sense of life, gathering experiences like pearls for a necklace, it becomes clear that the thread on which we choose to hang our pearls of experience is as essential as the pearls themselves."

Even though this was an interesting novel, I think it was way too long. My opinion is that it would have been a much easier book to read if it didn't get bogged down in places with too many unneeded people and situations.

I read an advance copy of this book. All opinions are my own.

California girl
5.0 out of 5 stars Read it, liked it, and recommend it.
Reviewed in the United States on September 6, 2018
I downloaded the sample and ended up buying a couple of paper copies to give for gifts. There are some truly lovely passages that carry the reader through and past some of the difficult experiences to the strength and hope that build in the main character as she grows up. A good read for young people as well as adults.
Read more
Helpful
Report abuse