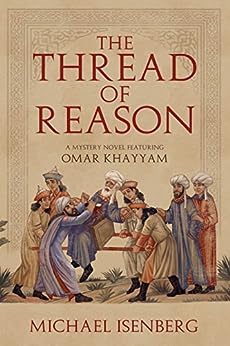 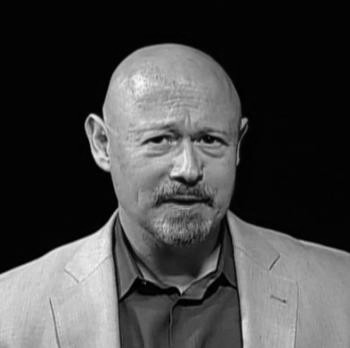 The Thread of Reason Kindle Edition

MICHAEL ISENBERG has had a checkered career as a Six Sigma Black Belt, weapons merchant, astrophysicist, and manufacturer of cigarette butts. In the wake of the 9/11 attacks, he began to research the Muslim world and found both its achievements and its self-inflicted collapse during the Middle Ages so fascinating, he had to tell the story. --This text refers to the paperback edition.

Irwin
5.0 out of 5 stars Shogun for Persia
Reviewed in the United States on March 29, 2018
Verified Purchase
I found the descriptions in this book beautiful, the writing excellent, and the plot full of unexpected twists and interesting characters, but there is more to it than that.

I am always concerned when I read historical fiction that I am getting a distorted view of history. When reading The Thread of Reason I had no such concern: the thoroughness of the research that must have gone into this book is truly striking. Ever since an assassin murdered the vizier of the Seljuk Empire in the eleventh century, scholars have argued about who put him up to it. In the Thread of Reason, Isenberg has proposed an answer to this while keeping within the bounds of what we know about the murder, the characters, and the era. One is left feeling that Isenberg must have spent countless hours walking around eleventh century Baghdad, entering the shops, inquiring as to which goods came from where, as well as traveling around the Persian countryside with some of the best-known figures of that time and place, getting to know them as people rather than names in a history book. For example, in a picturesque scene, Omar Khayyam, the book's central character, speculates on the source of the glyphs near Farhad's staircase as someone of his time would have, not knowing what we have since learned about them, while discussing with his companion how the Persians' perceptions of their Arab rulers had changed over time.

This is a well-told story, an enjoyable, page-turner. Of all the books I've read, I consider James Clavell's "Shogun" to be the most similar.

The murder took place near the start of a critical transition in Islamic history, from a relatively open and tolerant society that embraced science towards religious fundamentalism, and we can see the uneasy truce between those two world views beginning to fray in The Thread of Reason. When this book was launched, Isenberg stated that it was the first of several planned novels spread out over a century, that trace this transition. I look forward to the next book in the series.
Read more
7 people found this helpful
Helpful
Report abuse

Ilya
5.0 out of 5 stars Who said that murder mysteries should be set in the "modern" age? A feast for adventure lovers and history geeks.
Reviewed in the United States on March 21, 2018
Verified Purchase
The book does a superb job creating a fine tapestry of a murder mystery set in Persia in the times of the famous Omar Khayyam. Politics, science, culture, religion all come into play and create a riveting experience. As a reader, you become immersed in the investigation of an assassination of a de-facto ruler of the Seljuq Empire. You get to experience the intrigue surrounding the fight for power in Persia. This is a thriller from the beginning to the very end. Based on real life events, and extremely well researched, the book stays true to historical facts, while providing very interesting speculations into the things that we may never know for sure. This is a feast for adventure lovers and history geeks, but you don't have to be a history geek to love it!
Read more
8 people found this helpful
Helpful
Report abuse

Athene Five
5.0 out of 5 stars Very enjoyable historical mystery
Reviewed in the United States on July 9, 2020
Verified Purchase
First of all, this is a fun read, a good mystery in a wonderfully detailed historical setting that we don't always get to visit. Choosing Omar Khayyam, Persian scientist and poet, to lead us through a very complicated murder investigation in the medieval Muslim kingdom of the Turkish Seljuk Sultan, the author gives us all the excitement of a good murder mystery, plenty of action, travel to exotic places, with insights into how life proceeded among the various levels of society from royals, to clergy to merchants. The main characters were all real people, so there is good history in the story, but I think what I liked most was the author's ability to animate each character in subtle and sometimes oblique ways. Each character, no matter how humble or great, was very real, not through description, but through their actions and thoughts. The writing is very clean, the storyline moves briskly along, and the color of the time and place seeps through every sentence. This is an enjoyable, well-written book and I hope the adventures will continue.
Read more
One person found this helpful
Helpful
Report abuse

May
5.0 out of 5 stars A great work of historical fiction
Reviewed in the United States on March 25, 2018
Verified Purchase
This is a very engaging murder mystery, with a well thought out, intriguing plot. The solution to the historically unsolved murder case seems plausible, and the witty style makes this book very entertaining to read. I liked the way Omar Khayyam’s actual poems are interspersed throughout the book, and I found all the characters very interesting to read about. I enjoyed learning about the history of the Muslim world that is covered in this novel, and gained some more insight into Islamic fanaticism. The story created here is very cleverly written, and fun to follow right to the end.
Read more
3 people found this helpful
Helpful
Report abuse
See all reviews
Back to top
Get to Know Us
Make Money with Us
Amazon Payment Products
Let Us Help You
EnglishChoose a language for shopping. United StatesChoose a country/region for shopping.
© 1996-2021, Amazon.com, Inc. or its affiliates