Threat Warning (A Jonathan Grave Thriller Book 3) and millions of other books are available for Amazon Kindle. Learn more
Share <Embed>
Have one to sell?
Sell on Amazon 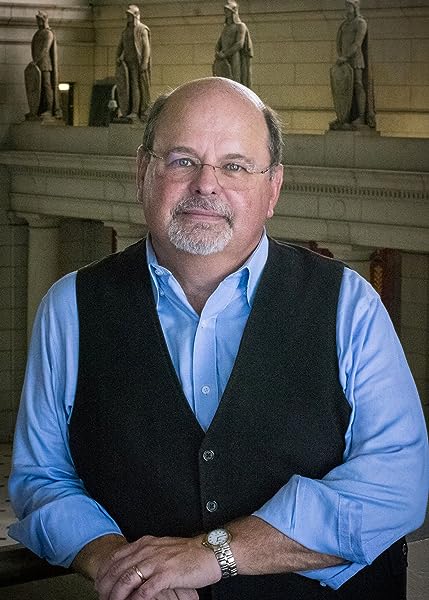 Start reading Threat Warning (A Jonathan Grave Thriller Book 3) on your Kindle in under a minute.

4.6 out of 5 stars
4.6 out of 5
485 global ratings
How are ratings calculated?
To calculate the overall star rating and percentage breakdown by star, we don’t use a simple average. Instead, our system considers things like how recent a review is and if the reviewer bought the item on Amazon. It also analyzes reviews to verify trustworthiness.
Top reviews

Phil in Magnolia
HALL OF FAMETOP 1000 REVIEWER
5.0 out of 5 stars The greatest threats to our society may be from within ...
Reviewed in the United States on February 28, 2016
Verified Purchase
Attacks in Washington D.C. and around the country appear to be from Islamic terrorists, and the wife and son of an American soldier become captives when they happen to be at the wrong place at the wrong time and give a ride to a young woman who turns out to be one of the shooters who had just escaped from a killing rampage on a bridge in D.C.

The connection between the disappearance of the two, and the terrorist attacks, is not apparent immediately. Jonathan Grave, a former soldier who now specializes in kidnap recovery, is contacted by a former military colleague and asked to help locate them. When he discovers the connection with the terrorist attacks, there isn't time to involve normal police or FBI (nor would they necessarily accept Grave's findings since they generally rely upon methods that wouldn't stand up in court, irrespective of their accuracy or correctness). Grave and his small team take on the case (and it is a very small team indeed, consisting of pretty much himself plus two others, with hacker back-up and some unofficial government help that would be denied if it came to light).

A bit improbable but great suspense and action, as Grave and his team confront impossible odds, leading not only to a frantic recovery of the hostages, but also an even more dangerous plot that they only realize at the very end, barely in time to step in.

My first experience with something written by John Gilstrap, very enjoyable. I'll be checking out his other Jonathan Grave novels.
Read more
One person found this helpful
Helpful
Report abuse

JOHN CHAVEZ
5.0 out of 5 stars Threat Warning (A Jonathan Grave Thriller Book 3)
Reviewed in the United States on March 19, 2021
Verified Purchase
Scorpion is called on by a former Colonel that he hates asking Scorpion to rescue a mother and her son who are wife and son to a close friend of Scorpion. A religious cult calling itself the Army of God has done some domestic terrorists attacks against American citizens and kidnapped a mother and her son. This is a action packed thriller you must read to learn of the ultimate go of this cult and the action that takes place.
Read more
Helpful
Report abuse

claudette valliere
5.0 out of 5 stars Brother Michael my ass
Reviewed in the United States on August 26, 2013
Verified Purchase
Another good one by Gilstrap. Super read.

Digger and Dom are headed to a football game when gunfire breaks out ahead of them.

Dig rolls out and sees someone standing on a bridge. This someone is shooting at all the cars headed that way.

Digger tells Dom to stay put, unholsers his weapon and heads out to put a stop to murder.

Digger does shoot the perp but body armor stops a kill shot. Jon is getting ready to take the head shot when he's accosted by an LEO. Jon can't take the shot without the LEO firing on him. He has no choice. He puts his weapon down and is cuffed and headed to jail. Apparantly the LEO, a SS officer thinks Jon is the shooter.

The shooter meanwhile has made HER escape. She flags down a mini van with Christine and her son Ryan aboard. Ryan thinks something is way wrong but can't get his mother to listen. Mom unlocks the door and lets the woman in. She immediately pulls her pistol and kidnaps both Christine and Ryan. Only problem is that Christine is married to a Spec Ops guy who's deployed but has plenty of friends at Bragg. Spec Ops guys who know Digger.

So begins one great read.

Digger, Boxer and Gail are headed into one hell of a mess.

We have a group of homegrown terrorists who are killing indescriminately all over the country and trying to blame it on jihadists. To start a war.

A sherrif who's anything but an LEO and Gail who still has a problem with killing. She thinks everything can be handled as a law enforcement exercise. Not so. Digger and Boxers know its you kill them before they can kill you.

Hope Gail can get her head out of her ass and jump on board with Digger and Boxers. If not I doubt she will be along for much longer.

D. Cross
5.0 out of 5 stars Very enjoyable tale! If you like thrillers...you will like this!
Reviewed in the United States on February 4, 2016
Verified Purchase
A terrific read! This story is contemporary, has depth, and has very good twists and turns...especially toward the end of the story. I didn't like this read quite as much as the first book in the series but, I thought that book was so great that it's going to be hard to beat going forward I think. I do very much look forward to seeing if the rest of the series can possibly give that first book a real run for its' money in relation to can't-put-it-down - ness...lol.
Read more
2 people found this helpful
Helpful
Report abuse

LynnL
3.0 out of 5 stars Lots of well-written plot, but less character
Reviewed in the United States on March 8, 2012
Verified Purchase
I really like the Jonathan Grave series -- unlike most similar books, the author took the time in the first couple of books to really establish the setting and supporting characters in a vivid way, and I liked everything about them. Learning about Venice and Gail and Boxer and Father Dom (and the dog!) and the little quaint town gave the books more depth and breadth than your typical action-thriller. The women characters in particular were much better written than you usually see in this type of series.

Unfortunately, or maybe it's inevitable in a book 3, there was less of that this time out -- more plot, and lots and lots of time spent with the bad guys and guest characters -- and less spent with our team. That's how it felt to me, anyway. So while the story was well-crafted and enjoyable, I felt like the reason I really enjoy these books -- Jonathan and his team -- wasn't quite so much in the forefront, and I missed that. The main character-based plot, revolving around Jonathan and Gail, was kind of left hanging, and I hope it will be picked up again in the next book. (And I do really appreciate that Gail's issues with the work the team does were framed in terms of her background, not her gender.)

Don't get me wrong -- I still enjoy this series -- this just wasn't my favorite entry in it.
Read more
3 people found this helpful
Helpful
Report abuse
See all reviews

Kindle Customer
3.0 out of 5 stars Great
Reviewed in the United Kingdom on December 3, 2019
Verified Purchase
Great action thriller love the characters this is the third book in the Johnstone Grace series I have read and I have enjoyed them all immensely
Read more
Report abuse

STEVE
4.0 out of 5 stars A cracking read!
Reviewed in the United Kingdom on October 22, 2013
Verified Purchase
My first ( but not my last) John Gilstrap book. This is a cracker that rattles along at a great pace. Great storyline that keeps it's pace right through from start to finish. Strong and memorable characters too. I am half way through another 'Jonathan Grave thriller' now, I'm hooked !
Read more
Report abuse

Julie Alexander
5.0 out of 5 stars Again another well written book
Reviewed in the United Kingdom on July 4, 2015
Verified Purchase
Love Jonathan Grave, my kind of hero. What can I say another page Turner. I love this series of books the characters are so well formed And all to human
Read more
Report abuse
See all reviews
Back to top
Get to Know Us
Make Money with Us
Amazon Payment Products
Let Us Help You
EnglishChoose a language for shopping. United StatesChoose a country/region for shopping.
© 1996-2021, Amazon.com, Inc. or its affiliates