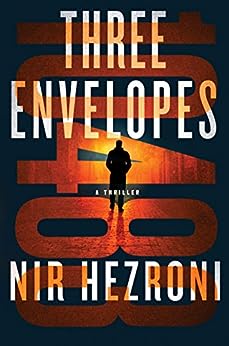 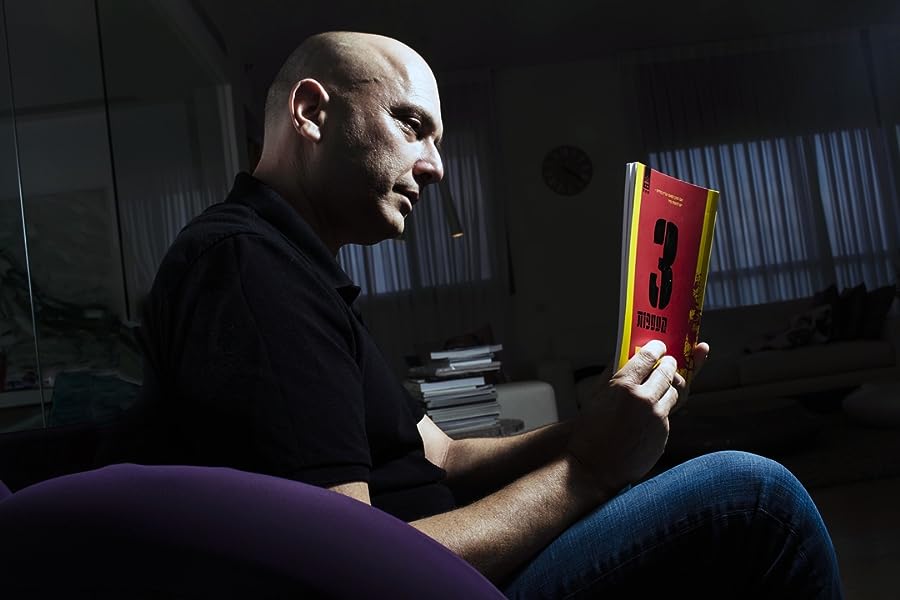 by Nir Hezroni (Author) Format: Kindle Edition
Book 1 of 2: Agent 10483
See all formats and editions
Sorry, there was a problem loading this page. Try again.

A thrilling debut, Three Envelopes delves into the twisted mind of a rogue agent in the Israeli intelligence agency and his mysterious plot for revenge.

Agent 10483 carried out his missions perfectly. Too perfectly. So perfectly that he needed to be stopped. . .

When Avner, a top agent in The Organization receives a notebook, written by the mysterious and psychopathic 10483, ten years after his supposed death, he realizes that something has gone terribly wrong.

The notebook not only reveals the truth about 10483's missions, which include some of history's most notorious unsolved crimes, but it also reveals that 10483 might still be alive and desperate for vengeance against the Organization.

As Avner reads the long-lost notebook, questions abound. Was 10483 a psychopath who outwitted his handlers for years or was he merely a tool, manipulated by his superiors to carry out some of the most monstrous mass killings in history? Why was he the only agent to receive three envelopes that carried the names of targets on a special hit list? And was he responsible for a basement of horrors where he locked up innocent victims and staged their deaths as art installations? Or was he himself merely the victim of a brilliant scientist who found a way, through cutting-edge technology, to manipulate his brain?

Offering a fascinating behind-the-scenes glimpse into the technology of high-level intelligence operations, Nir Hezroni's dark thriller is a chilling exploration of the mind of a master killer.

Next 2 for you in this series See full series
Total Price: $19.98
Books In This Series (2 Books)
Complete Series
Agent 10483
Kindle Edition
Page 1 of 1Start OverPage 1 of 1
Previous page
Next page

"Hezroni's superior thriller debut will send chills up the spines of even jaded genre fans.... Hezroni maintains a high level of suspense as he expertly toggles between past and present en route to the heart-stopping conclusion." ―Publishers Weekly, starred review

"What a ride! An intelligence world of cracked mirrors, weird echoes, and haunting dreams. The story is stunning. It will bend your mind six ways to Sunday and then some. The writing, precise as a laser, runs circles around what you thought you knew was real." ―James Church, author of the Inspector O series

"Nir Hezroni's Three Envelopes isn't your average thriller. Imaginative, fast-paced and originally strange. It reads like a spy-thriller gone mad or out of control." ―D. A. Mishani, author of The Missing File

"Nir Hezroni has created a genre of his own!" ―YiftachReicher Atir, author of The English Teacher

"This is one of the most brilliant Israeli thrillers I have read in a long time. I couldn't turn the pages fast enough to learn what happens next, and stayed up half the night because I simply could not put it down. I truly hope Hezroni is planning a sequel..."-Adi Shtamberger, Jerusalem Post

"[A] dark and disturbing Israeli novel, which may well become an international bestseller ... a true and intense thriller ... captures the reader's attention from the first moment, as a thriller ought to do." ―Asaf Golan, Makor Rishon

"This is an intelligent thriller that raises heavy questions: How far can an undercover government organization go to prevent crimes against humanity, while at the same time becoming responsible for such crimes? In Hezroni's thriller, both sides of the moon are dark... [This is written] in persuasive yet eloquent prose usually found in canonical works rather than in sophisticated thrillers."-Yaron Avituv, Ha'aretz

NIR HEZRONI (1968) was born in Jerusalem. After studying physics in high school and completing several years of military service in intelligence, Hezroni retired to study economics and business management. He then proceeded to build a career in high tech. In 2014 he published his first thriller, Three Envelopes, which was enthusiastically received by critics and readers alike. He lives with his family near Tel Aviv.

Elizabeth Mahar
1.0 out of 5 stars Very difficult to follow, especially on ebooks
Reviewed in the United States 🇺🇸 on August 27, 2020
Verified Purchase
The author writes from a perspective difficult to understand and to follow. He jumps back and forth. Sometimes i wished I could go back and re-read chapters in order to make sense of it but that is cumbersome with an ebook. The crimes committed are grisly and unpleasant to read about. This book was NOT enjoyable for me.
Read more
Helpful
Report abuse

Kindle Customer
5.0 out of 5 stars Unintended consequences
Reviewed in the United States 🇺🇸 on July 30, 2018
Verified Purchase
Engaging story of how the best of plans can lead to unexpected then disastrous results. Twists and turns with every change in direction.
Read more
One person found this helpful
Helpful
Report abuse

skl
5.0 out of 5 stars A Creative Thriller
Reviewed in the United States 🇺🇸 on June 2, 2017
Verified Purchase
I really enjoyed this book. Many twists and surprises. Hope to have the pleasure of reading another novel by this author.
Read more
One person found this helpful
Helpful
Report abuse

Irish Andrew
5.0 out of 5 stars Five Stars
Reviewed in the United States 🇺🇸 on May 18, 2017
Verified Purchase
Outstanding thriller with some really weird, yet enjoyable twists. A worthy and quick read!
Read more
One person found this helpful
Helpful
Report abuse

Ducksauce
1.0 out of 5 stars Snooze fest
Reviewed in the United States 🇺🇸 on October 7, 2018
Verified Purchase
Boring, unbelievable, and not worth it
Read more
Helpful
Report abuse

Greybeard
3.0 out of 5 stars Two thirds of a book
Reviewed in the United States 🇺🇸 on December 10, 2018
Oddly written, I was mostly enjoying this, and then it just ended. No resolution. I see that there's a sequel now that may finish the story; if I'd read this four years ago when it came out, I'd be pretty irritated. I gave it three stars because it seemed like a decently crafted story, what there was of it.

Hezroni clearly knows his stuff (as he should, since he lived in that world), but it was a bit over the top in how things went down. Also some oddities in translation, including a couple of complete non-words. A native English speaker should have proofed the translated manuscript.
Read more
Helpful
Report abuse

Israeli Intelligence Agent 10483 was born a brilliant child who has obsessive-compulsive disorder. He always kept a journal since he was a kid, and this turned out to be a very useful practice in the future. He was chosen by The Organization to receive three envelopes that contained the missions he was ordered to carry out. Or was he not? Agent 10483 was a very competent secret service, and was always a step ahead of others as far as his secret missions were concerned. However, was he able to outplay his “boss”? Or was it otherwise?

Nir Hezroni is a talented author and has great potential of writing such entertaining and suspenseful thriller. I am looking forward to reading his future novels.
Read more
One person found this helpful
Helpful
Report abuse
See all reviews

Shari Russell
4.0 out of 5 stars Good read
Reviewed in Australia 🇦🇺 on September 23, 2017
Verified Purchase
Good characters, clever plot, novel methods, scary if even a little true! Sequel coming, have to know where it finishes..
Read more
Report abuse
See all reviews
Report an issue
Does this item contain inappropriate content?
Report
Do you believe that this item violates a copyright?
Report
Does this item contain quality or formatting issues?
Report