You've subscribed to Aretha Moon Mysteries! We will preorder your items within 24 hours of when they become available. When new books are released, we'll charge your default payment method for the lowest price available during the pre-order period.
Update your device or payment method, cancel individual pre-orders or your subscription at
Your Memberships & Subscriptions
There was an error. We were unable to process your subscription due to an error. Please refresh and try again. 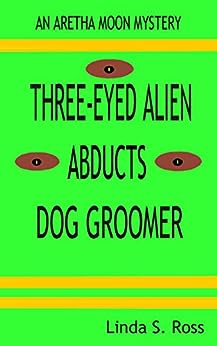 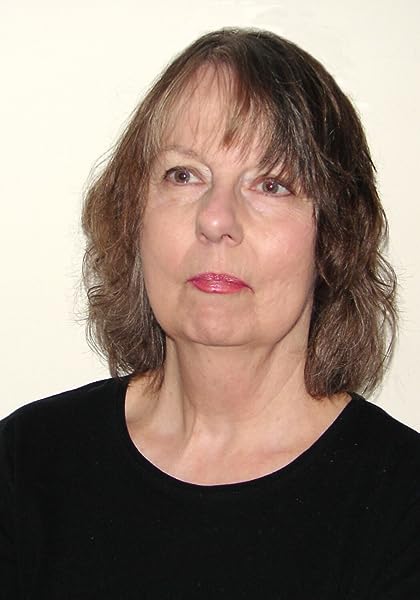 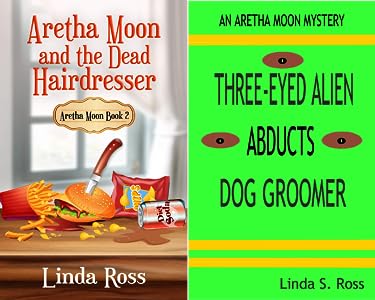 Jerri C.
4.0 out of 5 stars Mean girls watch out!
Reviewed in the United States on April 10, 2021
Verified Purchase
I enjoyed the first book in the Aretha Moon series! Aretha is refreshingly blunt, funny , practical and loves diet cokes and tacos as much as she loves her job as a reporter for a local tabloid. When a pack of older mean girls begins to be picked off, Aretha unwittingly becomes involved and has to find the killer to save herself.

The language is rougher than a cozy mystery but it was character appropriate and not gratuitous. I'm getting the second book and can't wait to see what Aretha is up to next!
Read more
2 people found this helpful
Helpful
Report abuse

Cheryl Reavis
5.0 out of 5 stars Mean Girls, Menopause, and Murder
Reviewed in the United States on January 20, 2020
Verified Purchase
Aretha Moon has never met a calorie she didn't like, but luckily she also has an appetite for solving murders. Set against the sweltering backdrop of Tom Sawyer Days in Hannibal, Missouri, Linda S. Ross serves up a wonderful dish peppered with sharp analogies, turns of phrase, and witty play-by-play commentary, as Aretha strives to find out, once and for all, "Who Murdered Becky Thatcher." Come take a bite. You'll like it.
Read more
Helpful
Report abuse

Corgi Fan
2.0 out of 5 stars Too much Diet Coke for me
Reviewed in the United States on July 24, 2021
Verified Purchase
I don’t understand the rave reviews. The title left me hopeful that this would be a fun romp of a book but I thought it moved along slowly and found it boring. Everyone was a suspect. I was especially turned of by the main character and all her binge eating. Endless references to the food eaten. If I had to read about one more Diet Coke consumption I thought I was going to scream.
Read more
Helpful
Report abuse

Clif Flynt
5.0 out of 5 stars Viciously funny. Good mystery.
Reviewed in the United States on August 17, 2021
Verified Purchase
The humor is as subtle as a ten year old's potty jokes, and the mystery flows well with twists, turns, and plenty of wrong guesses. And who can fault a book where a dog's weak bladder saves the day.
Read more
Helpful
Report abuse

MCB
5.0 out of 5 stars Such a fun read!
Reviewed in the United States on February 25, 2020
Verified Purchase
A really creative mystery full of humor, food, plot twists and suspense until the very end. I would definitely recommend.
Read more
One person found this helpful
Helpful
Report abuse

Kindle Customer
5.0 out of 5 stars Really good
Reviewed in the United States on December 4, 2019
I found this story to have a good female lead and a great plot. The characters were relatable and I didn't figure out who done it. Lots of plot twists.
Read more
2 people found this helpful
Helpful
Report abuse

Darlene
5.0 out of 5 stars So good, I want more.
Reviewed in the United States on March 6, 2021
Hooked on the Aretha Moon character! Hopefully more stories to follow!
There is so much more going on in this book than a murder. Wow !
Read more
Helpful
Report abuse

Kindle Customer
4.0 out of 5 stars Great story.
Reviewed in the United States on March 12, 2020
Great story. Really enjoyed how it played out. Found myself trying to figure out the clues right along Aretha. The killer was definitely one of my suspects. Looking forward to reading more by this author.
Read more
Helpful
Report abuse
See all reviews

Tags that will help you discover similar books. 2 tags
women sleuthsamateur sleuths
Results for:
Page 1 of 1Start overPage 1 of 1
Previous page
Next page
Where do clickable book tags come from?
Book tags are created from a variety of sources, some of which are customer-generated. Amazon is not legally responsible for the accuracy of the tags represented. If you are an author or publisher and would like to remove a tag associated with your title, please contact your vendor manager or publisher support team.
Back to top
Get to Know Us
Make Money with Us
Amazon Payment Products
Let Us Help You
EnglishChoose a language for shopping. United StatesChoose a country/region for shopping.
© 1996-2021, Amazon.com, Inc. or its affiliates