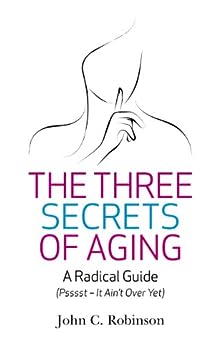 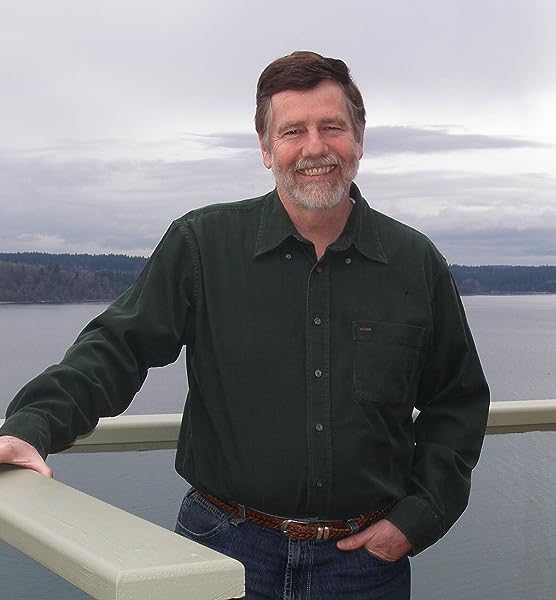 by John C. Robinson (Author) Format: Kindle Edition
See all formats and editions
Sorry, there was a problem loading this page. Try again.
The first wave of 76 million 'Baby Boomers,' representing 28 percent of the American population, turns 65 in 2011 and they will live longer than any previous generation in history – at least 15 years more than their parents! – creating an entirely new stage of human life.

Inspires readers to approach aging in a positive, life-affirming acceleration of wisdom and consciousness expansion. Since all human beings are aging, this book is for everyone. (Jacquelyn Small, author of Transformers, the Artists of Self-Creation and Becoming A Practical Mystic) Both a moving memoir of the author's own initiation into elderhood, and a timely and practical guide for anyone wanting to reach life's winter season in a more conscious, whole, and fulfilling way. Rev. Robinson describes the three secrets of initiation, transformation, and revelation that produce enlightened elders who have the insight and wisdom necessary to guide the world toward a more sacred and spiritual reality. This book offers a powerful and inspiring blueprint for this profound path, and is a gift for all those who are responding to the call of awakening. (Jeremy Geffen, MD, FACPMedical, oncologist and author, The Journey through Cancer: Healing and Transforming the Whole Person) --This text refers to an out of print or unavailable edition of this title.

Dr. John Robinson holds doctorates in clinical psychology and ministry and is an ordained interfaith minister. Along with three decades of clinical practice, he has taught extensively and published four previous books. --This text refers to an out of print or unavailable edition of this title.

John C. Robinson is a clinical psychologist with a second doctorate in ministry, an ordained interfaith minister, the author of nine books and numerous articles on the psychology, spirituality and mysticism of the New Aging, and a frequent speaker at Conscious Aging Conferences across the country. You can learn more about his work at www.johnrobinson.org.

His major works include Death of the Hero, Birth of the Soul; But Where Is God: Psychotherapy and the Religious Search; Ordinary Enlightenment; Finding Heaven Here; The Three Secrets of Aging; Bedtime Stories for Elders; What Aging Men Want: Homer's Odyssey as a Parable of Male Aging; his first novel, Breakthrough; and The Divine Human: The Final Transformation of Sacred Aging; Mystical Activism: Transforming a World in Crisis; Aging with Vision, Hope and Courage in a Time of Crisis.

John's growing audience comes to his work through talks and workshops at conscious aging conferences (e.g., Sage-ing International, Conscious Elders Network, 6th and 7th International Conferences on Aging and Spirituality, Creation Spirituality Communities Gatherings, Mankind Project in Louisville, Progressive Christianity Embrace Festival, and the United Church of Christ) and webinars with The Shift Network Summit, CSource, Unitarian Universalists, and Sag-ing International), a website hosted by the Authors Guild, radio and video interviews and presentations and five conscious aging books published by John Hunt Publishing. What is unique about his material is its mystical description of the evolution of a Divine Human in a Divine World via the profound and unprecedented dynamics the New Aging.

Learn more about his work at www.johnrobinson.org.

Jerome Kerner
5.0 out of 5 stars The elephant in the room: The challenges and gifts of aging
Reviewed in the United States on July 15, 2021
Verified Purchase
This small book is essential for every boomer who is fearing the "next stage" and wants more from life than escape and then decline. It is not a how to or quick fix but rather a deep dive into a powerful psycho-spiritual process, w.hat should be a ritual every person reaching old age should go through
Read more
Helpful
Report abuse

Robert Goldthwaite
5.0 out of 5 stars A healthy approach to maleaging
Reviewed in the United States on August 2, 2013
Verified Purchase
This book is a must for all aging men. It builds on the foundation of Creation Spirituality, of Matthew Fox, by creating a practical application of Fox's work. It shows a healthy approach to aging, completely different from our culture's view of decay and dysfunction.
Read more
One person found this helpful
Helpful
Report abuse

Judith Sasser
5.0 out of 5 stars Amazing!
Reviewed in the United States on November 18, 2015
Verified Purchase
This book has given me new hope for a meaningful life throughout my time. It has helped lift my depression and brought new life meaning in to my days.
Read more
One person found this helpful
Helpful
Report abuse

Riverwatch
5.0 out of 5 stars The Three Secrets of Aging is thought provoking.
Reviewed in the United States on June 21, 2013
Verified Purchase
I gleaned so much from this book and it will go on the shelf where I volunteer as a resource to others.
Read more
Helpful
Report abuse

jan
5.0 out of 5 stars a great read!
Reviewed in the United States on July 12, 2013
Verified Purchase
This book is revolutionary in its outlook on how we can approach the reality of aging! I loved it, and will re-read it!
Read more
Helpful
Report abuse

Sister Barbara Klodt
5.0 out of 5 stars Five Stars
Reviewed in the United States on May 12, 2017
Verified Purchase
John Robinson gives a positive perspective on the aging process that is helpful to those who are aging.
Read more
Helpful
Report abuse

Ram Das Batchelder
5.0 out of 5 stars Wonderful book!
Reviewed in the United States on August 8, 2014
“The Three Secrets of Aging” is a wonderful book; I loved it. Warm, profoundly human, and exquisitely written, it is a moving memoir of John Robinson’s own experience of aging, combining his personal experiences with the many profound insights he has gained through patient and deep introspection. Elements of his story are agonizing, such as his mid-life experience of remembering buried trauma he had experienced during open-heart surgery as a child. In the years that followed that traumatic recollection, as he let go of his career and struggled with a sense of loss of identity, he suffered from feeling of desperation and depression. And yet, through his his open-minded exploration of intuitive spirituality, and careful observation of his aging process, he has somehow now discovered a rare level of divine experience, a revelation of Heaven on earth which deserves to be shared with everyone of every age on this planet.
“The Three Secrets of Aging” never shies away from describing the pain, anguish and fear that often accompany the aging process; in fact, the author insists that we not delude ourselves with some idea that we can avoid aging or delay death indefinitely through some foolish combination of self-deception and New Age techniques. This book looks the painful reality of aging and death squarely in the eye… and in doing so, invites us to the discovery that aging can be a precious opportunity to allow the ‘me,’ the personal identity we’ve spent decades developing, to dissolve, so that the pure Consciousness which is our true nature can be fully revealed. As the author puts it, “I discovered that getting old was Enlightenment in slow motion!” He shares the understanding that the aging process has the potential to lead us all into the revelation of a radiant Divine Presence in the midst of our normal daily lives. And it gives us the opportunity to share our new found wisdom with others and bring the already omnipresent Heaven into full manifestation here and now on earth.
Heartily recommended!
~Ram Das Batchelder, author of “Rising in Love: My Wild and Crazy Ride to Here and Now, with Amma, the Hugging Saint”
Read more
One person found this helpful
Helpful
Report abuse
See all reviews