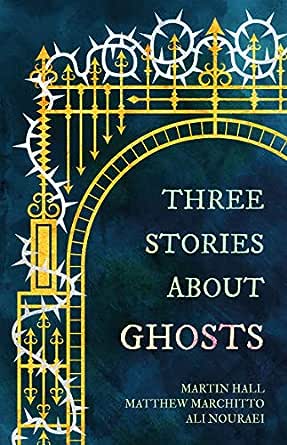 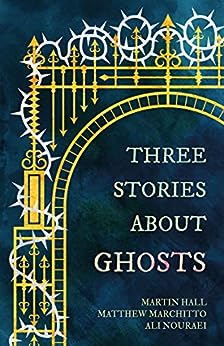 Martin Hall is a Scottish writer who has worked on the 7th Sea, Savage Worlds, and Edge of Midnight roleplaying games. He has written storylines and flavour text for card games as well as pieces of short science fiction and fantasy. His day job involves knowing far too much about the 1597 witch-hunts, so he doesn’t have a fantastic grasp on reality. Martin lives in Aberdeenshire with his wife and three children.

Matthew Marchitto lives in Montreal, where he spends his time creating fantasy worlds both bizarre and unsettling. His favourite stories are those that can convey a lot with a little. He has self-published two novellas, Moon Breaker and The Horned Scarab, and is currently working on an epic fantasy novel.

Ali Nouraei is a Persian-British writer who blends history, philosophical debate, and cultural paradigms from East and West in his writing. He is a qualified Barrister, a practicing Mediator, and has written fiction for fifteen years. His passions include history, literature, and cake. --This text refers to the paperback edition.

N. Stewart
5.0 out of 5 stars One great story and two good ones
Reviewed in the United Kingdom on October 11, 2019
Verified Purchase
This feels oddly like a 'three bears' of a collection.

Matthew Marchitto's 'The Boneman' is a snippet of a wider world of ghosts, things from the "deep" and government agencies. If you're after ghosts, this is the story with by far the most of them.

'Magistra Trevelyan' by Ali Nouraei is a three-novel series about contemporary wizards crammed into a novella. A real time-saver if you're a fan of those.

The highlight for me is 'Unmasked' by Martin Hall, the only one in an entirely fictional setting, which manages to build a world, tell a whole story. and include some interesting interludes. It could easily be turned into a prestige HBO series that goes off the rails in Season 3.