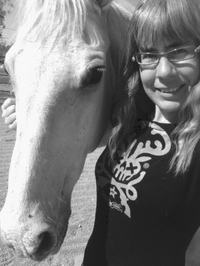 3.5 out of 5 stars
3.5 out of 5
9 global ratings
How are ratings calculated?
To calculate the overall star rating and percentage breakdown by star, we don’t use a simple average. Instead, our system considers things like how recent a review is and if the reviewer bought the item on Amazon. It also analyzes reviews to verify trustworthiness.
Top reviews

This was an interesting start to the anthology, which showed me that I was maybe going to get more than the “typical” ménage story in this book.

The author quickly established just how the pair’s relationship worked, so as a reader I wasn’t left feeling clueless, as can often be a problem with stories of this length. Pretty much from the get go I was feeling very uncertain about this couple bringing in a third person, so the author obviously did a great job of conveying the characters uncertainties. I liked that they actually spoke, negotiated, and then decided together.

This is the kind of story that I usually enjoy reading, so I guess it’s no surprise that it was my favourite of the anthology. I think it takes a lot of skill for an author to make me believe that teenagers could possibly find a HEA so young, so to manage it in such a short story is brilliant writing.

I liked the idea of this story, perhaps more than the final product.

Avery and Jeremy are a couple in love, but Jeremy has never stopped searching for his missing first love, Joaquin. When Joaquin calls out of the blue, after years of no contact, Jeremy brings the other man into their home to recover.

This one actually surprised me. The whole story is told in emails, sent back and forth as two men and their wives make plans for a weekend where the boys can get together for a night spent on the couch watching football, and the girls can get together to have their own fun.

I’ve read a few short stories told in this format (or something similar) before and usually they end up annoying me more than they entertain. But this story was very well done. It was fun, amusing and certainly different, and the unexpected twist at the end left me chuckling. It was probably more a snippet than an actual story, but as an addition to the anthology if was nice to have something completely unique.

Dale Chase is a clever author who managed to make his story stand out in a collection of twelve similar storylines. I think that I appreciated this story more because the sexcapades don’t go to plan.

Fancy Dress is the story of three college flat mates who have vaguely referenced attractions to each other, and which remain unacknowledged until one Halloween night…

Ok, and well there isn’t really much more that can be said about this story. It’s pretty much one big smutty sex scene that sees all three roomies get off in the kitchen. I tend to like more story than smut, so kudos to the author for making me love it. I can only assume that it was the author’s skill that carried it off, but to be honest I was too wrapped up in reading the lascivious on page action to pay that much attention to the writing!

This was another story that wasn’t much more than one sex scene, but in contrast to the previous story, this one didn’t really work for me. I didn’t check the separate page counts but this story seemed to be the shortest in the anthology.

I’m all for dubious consent, in fact, that was my favourite part of this tale, but the set up didn’t really make sense to me. It was wonderfully, smuttily, porn-like – the idea of the two security guards “dealing with” a hot young offender – but I just wasn’t feeling it. I think my problem was with the description of one of the guards. I’m all for characters not having perfect looks, actually I prefer it that way, but this guy was written as being repulsive, both physically and personality wise. I just kept picturing this gross figure participating in the sex, and I couldn’t enjoy it.

This was the first paranormal offering of the anthology and I think if any story in here needed to be longer then it was this one.

Vampire Derek and his human lover, Matt, are celebrating Matt’s forty sixth birthday. And Derek has found the perfect present – a naked young man, bound, gagged and ready for whatever the two lovers can dish out.

While the story was complete enough as it was, I felt that could easily have been expanded upon to create a much longer, more detailed story. The characters, all three of them, were certainly fascinating and I would have been interested to see how Derek and Matt would help Timmy turn his life around. The extra paranormal element of the ghosts just added another layer of supernatural.

My other favourite story of the anthology. Man, I just plain loved this one!

Avery is a little bit magical, and he’s just inherited his grandmother’s fine chocolate shop upon the much beloved woman’s death. From the moment he reopens the business he is inundated with customers, but the delivery guy and another local business owner are the two who really hold his attention. Pete and Vic are both gorgeous, but are they even gay? And just because they might be gay they aren’t necessarily interested in Avery. How’s a guy to figure it all out? Well, with some bespelled aphrodisiac chocolates, of course!

Considering the brevity of all of these stories, this author managed to make Vanilla seem much longer. I didn’t feel as though I missed out on anything. I felt that I had a decent grasp of who these men were, and I actually cared about what happened to them. This was one of those short stories that I needed to have a happy ending because it was more than just erotica, the author gave it a touch of romance. And honestly, who doesn’t love chocolate…and when it’s combined with some scorching chemistry…

If I see Rob Rosen’s name on something I go in with high expectations. His contribution to this anthology didn’t disappoint.

This story was just…different…weird…random…unique…singular…there are so many words that I could come up with. But lets just go with effing special.

Our main character is – I don’t even quite know what…some kind of Grimm Brothers’ version of a merman?? – who rips himself out of his skin and washes ashore to be happily, yet rather violently, taken by two men who are staying at a beach house. There’s drinking urine and asphyxiation going on, meanwhile the story is written in such a beautiful and poetic fashion that the contrast just confuses your brain. The emotions that the author managed to put down on the pages damn near broke my heart, at the same time the unnamed main character is being roughly taken on the ground while wielding some distinctly inhuman genitals.

Whatever the heck I just read, this author sure wields some interesting talent.

I think maybe this author just won the WTF award for this anthology. I’m pretty sure this story was stuck at the end because my mind would be refusing to read on in fear of what else we might discover lurking in these pages. Did I drop that mic for the double dicked aliens? Can I have it back, because I need something that I can throw at these guys as I run the heck away.

Strawberries gives us the story of Farmer Howie and Kyle, the rather unscrupulous man who wants to buy up Howie’s farmland. Unfortunately for Kyle, as Howie warns him, that land is blessed. And one should never mess with blessed land.

Natosha
4.0 out of 5 stars Given Arc for honest review from inked rainbow reads
Reviewed in the United States on March 7, 2016
If you enjoy reading about thresomes with men this this is the book for you.

I set down today and read this book and I have to tell you that even though they are all short stories there is something in this book for everyone.

This book to say the least is hot in some spots and not so much in others but if you keep reason you will find a short story in genre that you like.

There is stories in here about love found, love lost, paranormal encounters, way out there hook ups, hook ups that wanted to happen but did not and so much more.

I suggest reading this book of you are looking for a hot, steamy read.
Read more
4 people found this helpful
Helpful
Report abuse

C Lloyd
3.0 out of 5 stars Good stories, but one was uncomfortable
Reviewed in the United States on July 17, 2017
Diverse collection of (very cis) m/m/m stories that dabbled across multiple genres and some didn't even feature sex. It was a cool read, but one story made me deeply uncomfortable and soured my whole view of the anthology. I don't mean the double-dicked alien or scarecrow sex, I mean the white officer threatening a Black man right before coercing him into sex. So while I think the rest of the stories were worth a read, "The Guards of Governor’s Square" gets a huge pass from me.
Read more
Helpful
Report abuse

The second section of stories were more about things being less simple or outside the box. One or two left me feeling a bit irritated or upset but seeing as those were sometimes the feelings of the person telling that specific tale I consider that well done. If an author can get you to feel something that strong in that short of a time, that is very good story telling. These weren’t all awkward or difficult but they were less simple and to the point.

The third section all had an outside additional element. Either whimsical, sci-fi or paranormal. These I myself had the hardest time with but that’s more on me as I read less of this type of genre. All really well written and detailed and were more involved than the previous two sections. All still enjoyable and keeping with the theme. Out of all the stories I enjoyed The Big Match the most and was slightly sad when I got to the end and was wanting to see where the story would lead.

I received a free copy of this book to read for Inked Rainbow Reads in exchange for an honest review.
Read more
One person found this helpful
Helpful
Report abuse
See all reviews

AnnieH
5.0 out of 5 stars GIVE US MORE BOOKS LIKE THIS PLEASE!
Reviewed in the United Kingdom on December 30, 2016
Verified Purchase
An excellent read. I was given it for Christmas and had read it within days; simply couldn't put it down. Well written, good storlines and very imaginative. Not for the prudish but certainly one for the open minded.reader.. i certainly found it a thoroughly absorbing read.
Read more
Report abuse
See all reviews
Back to top
Get to Know Us
Make Money with Us
Amazon Payment Products
Let Us Help You
EnglishChoose a language for shopping. United StatesChoose a country/region for shopping.
© 1996-2021, Amazon.com, Inc. or its affiliates