You've subscribed to Collections of Poetry! We will preorder your items within 24 hours of when they become available. When new books are released, we'll charge your default payment method for the lowest price available during the pre-order period.
Update your device or payment method, cancel individual pre-orders or your subscription at
Your Memberships & Subscriptions
There was an error. We were unable to process your subscription due to an error. Please refresh and try again. 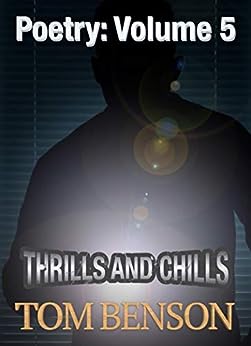 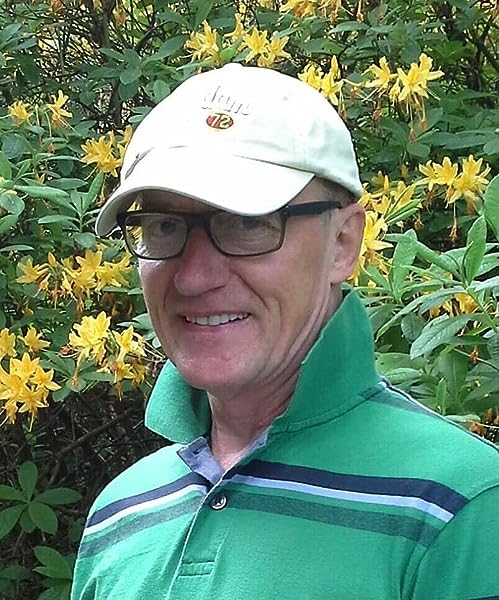 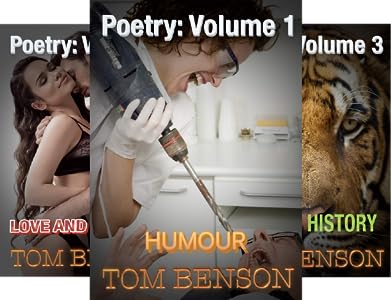 Felipe Adan Lerma
5.0 out of 5 stars Stories hold the diversity of one man's poetry world together
Reviewed in the United States on December 29, 2014
Verified Purchase
As the author says in the description, "A collection of 50 diverse poems that have something to appeal to most tastes."

That's both the pro and the con of trying to review such a selection.

Variety pleases and amuses, but is also diffuse.

What I found though, in Mr Benson's work, holding everything together, is that they are stories. With middles, beginnings, and ends.

He himself, near the end of his book, in "Writing Wrongs" - says:

What Tom Benson does in this collection, is present that theme in rhyming lines, without moralizing, but rather showing human beings in action. Internally and externally. Present day, recent, and further back in history. As a man, as a woman, a sometimes both, via a recurrent thread of re-incarnation.

The rhyming four line stanzas are consistent, and often surprising.

I myself write prose poetry, and always marvel when someone pulls off catching both the rhythm and the beat of each line, plus makes every other word chime.

In "Chief White Cloud" he writes:

Chief thought about tomorrows
of memories he'd not know
His brave heart filled with sorrows
as courage he'd now show.

Often, the words blend without punctuation, a technique often used in poetry to create layers of possibilities in the reader's mind. It can sometimes be confusing, forcing a re-read. But the payoff is usually worth it in these poems.

In "Dealing With It" he writes:

Your emotions are a warning
toward someone new you're leaning
As you wake up every morning
each day holds fresh new meaning.

The vastness of this compact collection of poems is too much, I think, for one person to completely point out. Hopefully folk who review this in the future will point out their own favorites.

Which is another nice thing about a collection as good as this, there's something for almost everyone.

A rundown of the author's other work, poetry and fiction, with examples, is included at the end.

Based on this writer's story telling in his crime poetry, I look forward to reading his thrillers.
Read more
One person found this helpful
Helpful
Report abuse
See all reviews
Back to top
Get to Know Us
Make Money with Us
Amazon Payment Products
Let Us Help You
EnglishChoose a language for shopping. United StatesChoose a country/region for shopping.
© 1996-2021, Amazon.com, Inc. or its affiliates