Share <Embed>
Have one to sell?
Sell on Amazon
Flip to back Flip to front
Listen Playing... Paused   You're listening to a sample of the Audible audio edition.
Learn more
See all 3 images 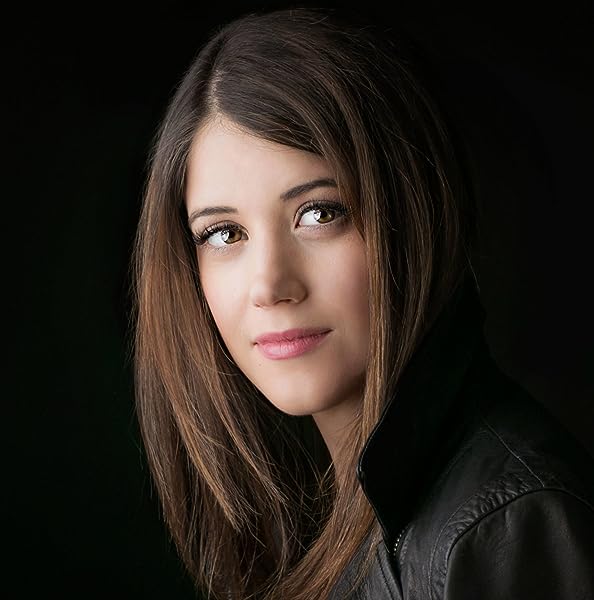 Alexandra Bracken is the #1 New York Times bestselling author of The Darkest Minds series and Passenger series. Born and raised in Arizona, she moved east to study history and English at the College of William & Mary in Virginia. After working in publishing for several years, Alex now writes full time and can be found hard at work on her next novel in a charming little apartment that's perpetually overflowing with books. Visit her online at www.alexandrabracken.com and on Twitter @alexbracken.
Start reading on your Kindle in under a minute.

4.8 out of 5 stars
4.8 out of 5
169 customer ratings
How does Amazon calculate star ratings?
Amazon calculates a product’s star ratings based on a machine learned model instead of a raw data average. The model takes into account factors including the age of a rating, whether the ratings are from verified purchasers, and factors that establish reviewer trustworthiness.

Gym rat
5.0 out of 5 stars More from a great series....
Reviewed in the United States on May 30, 2016
Verified Purchase
While some of the novelettes in this volume take place between books in the Darkest Minds trilogy (one would probably be 1.5 and another 2.5 if you were trying to read everything in order), I found that reading this volume after finishing the trilogy worked out better for me, mostly because of the different viewpoints of the narrators. I'd recommend reading the trilogy, all of which are narrated by Ruby, first, then these, which are narrated by others, even though in an aside in one of her afterwords the author points out the order in which all events take place. These characters have minor connections to the main series, but reading this after you've finished it fills in a lot of gaps and ties the ending together more clearly. Anyone who likes her series needs to read this, especially the last parts that tie up, even while opening out in some ways, the ending. It was wonderful; I would never, in any of Bracken's books, deduct a star: five stars all the way.....
Read more
10 people found this helpful
Helpful
Comment Report abuse

Steven M. BrownTop Contributor: Fantasy Books
5.0 out of 5 stars Alexandra Bracken outshines her series in these three novellas.
Reviewed in the United States on August 13, 2018
Verified Purchase
Where are rated the original trilogy between a 3 and a four depending on the books these short stories are excellent and could very well stand on their own to a certain degree. These three novellas feel like actually two stories with the second and third story being pretty much one story in and of itself.

These stories feel more real and gritty. the first two stories do take place within the timeline of the original trilogy and if you have read the third book of that trilogy would be spoiled to a certain degree of knowing at least where the story will end up. At the same time they are emotionally impactful in a way that the original series could not quite reach. I believe one reason why these novellas work so well is because they do not rely upon a lot of World building and would not necessarily need that which is found in the original trilogy to carry them.

It also could be because we do not spend a lot of time Meandering in the stories. They are quick and to-the-point. The characters are rich and have a unique voice in and of themselves. Alexandra Bracken has been able to produce some very relatable characters.

Madison H
5.0 out of 5 stars Yes!
Reviewed in the United States on February 23, 2019
Verified Purchase
If you loved the Darkest Minds series, you will love this collection of short stories. Now, I'm not a short story kind of gal, I get way too attached to the characters and ache to hear more about their journey after meeting them, but this book blew me away. This book still tied in characters from the fist book while getting to know some of the background characters more in depth. These stories dives into the minds of a Skip Tracers journey through being good or bad and Sams story of survival and escape at Thurmond. Being short stories, these books should be read with the Darkest Minds series to understand best and get the full effect but can definitely be read on their own too. For lovers of the Darkest Minds series and for anyone who wants to know Sams story, I would totally recommend this book to you!
Read more
Helpful
Comment Report abuse

ES
5.0 out of 5 stars Most beautiful series I've read in a long time.
Reviewed in the United States on November 6, 2016
Verified Purchase
I rarely write reviews, but when I read this book, read this series, I just had to write one. I cannot express enough how much I adore this series; these characters and plotline. This book, and all of the books, are beautifully written. I was a bit wary, I will admit, to read this book because it was not in the POV of Ruby, like the rest are. But such a thing doesn't stop the greatness of the series, and the changes in POV's only help the reader in understanding characters we didn't have time to understand. We read about Gabe, the importance of him and Zu, we read about Sam, and her time in Thurmond and we read about Mia and Lucus, Sam's old friends and their appearances later on, and the help Ruby and everyone gives them. We read about the forming of a beautiful, but damaged family, and it has made me so happy to experience this series. I wish I could read it again and again and have the same reactions each time. Honestly, truthfully, one hundred percent recommended; this series, this book. Try it. You won't regret it.
Read more
5 people found this helpful
Helpful
Comment Report abuse

Amazon Customer
5.0 out of 5 stars Perfect fill in the blanks
Reviewed in the United States on September 19, 2016
Verified Purchase
I am so happy that Alexandra Bracken wrote these three stories to go along with her novels. The first two were hard to read, and ended just so sadly. It almost made me upset with Ms. Bracken for making me go through that. But I am glad she did. She gave us a glimpse of what else was happening while we followed the main characters. They were stories that needed told.
The last story though... it ended on a note of hope, of change, rebuilding. That the lives ruined or list were not in vain. Sacrifices were worth it.
Reading these makes me want to go back and read the series again, with these stories included we here they fall on the timeline.
This continues to be one of my favorite series.

The gang
4.0 out of 5 stars NOVELLA Book great to read between!!
Reviewed in the United States on December 17, 2018
Verified Purchase
So this book is actually the novella book NOT the next book in the series. When you read the intro it even suggests what books you should read what section between. Wish I would have gotten it earlier. Hard to read it for me after reading the 3rd book in the series. Love the series but wish I new about it before.
Read more
Helpful
Comment Report abuse
See all reviews from the United States

Cora
5.0 out of 5 stars Great book!
Reviewed in Canada on June 21, 2018
Verified Purchase
Through the Dark is an amazing book with three short stories that fit nicely in between and after the three books in the Darkest Minds trilogy. These short stories are a great addition to the series, and give you a little bit of insight inside the minds of other people living in these dark times. It isn’t always the case where an author introduces you to all new points of view within the world you’ve come to know and love, so this book, these stories, really are a treat to any fan of The Darkest Minds series. I guarantee you will adore them!
Read more
One person found this helpful
Helpful
Sending feedback...
Thank you for your feedback.
Sorry, we failed to record your vote. Please try again
Report abuse

Amazon Customer
5.0 out of 5 stars Perfect
Reviewed in Spain on June 24, 2019
Verified Purchase
Such a beutiful book. Inspiring and amazjng in every wayg. Very recomendable, especially to fans of the darkest mids.
It consists of three novellas which compliment the actual books, and each of them is beautiful and a must-read. Alexandra Bracken captures every moment in such a unique way, and every one of these stories will move you with their strong emotion.
In conclusion, one of the best books I've read.

Kyle
3.0 out of 5 stars Essential for readers of the series
Reviewed in Canada on March 26, 2016
Verified Purchase
I would say that this is essential for readers of the series. I was able to read book 1 story 1, book 2 story 2, and book 3 story 3 in that order.
Read more
2 people found this helpful
Helpful
Sending feedback...
Thank you for your feedback.
Sorry, we failed to record your vote. Please try again
Report abuse
Load more international reviews

Friederike Buch&Gewitter
4.0 out of 5 stars Dark but good
Reviewed in Germany on June 3, 2018
Verified Purchase
It was surprisingly dark but I loved to learn more about Zu and Sam. Gave a really good insight in the minds of the adulst too. Perfect addition to the series!
Read more
Helpful
Sending feedback...
Thank you for your feedback.
Sorry, we failed to record your vote. Please try again
Report abuse

Page 1 of 1 Start overPage 1 of 1
This shopping feature will continue to load items when the Enter key is pressed. In order to navigate out of this carousel please use your heading shortcut key to navigate to the next or previous heading.
Back
Next
Pages with related products. See and discover other items: dystopian novel