Through The Looking Glass and millions of other books are available for Amazon Kindle. Learn more
Share <Embed>
Have one to sell?
Sell on Amazon 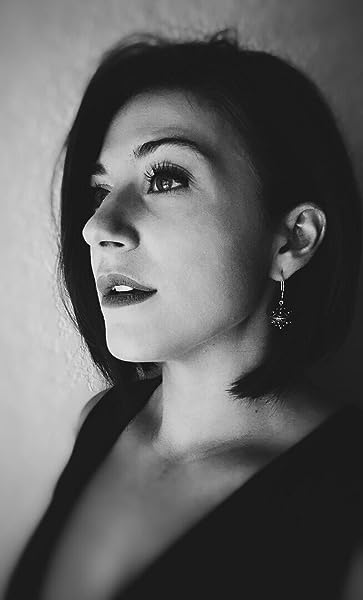 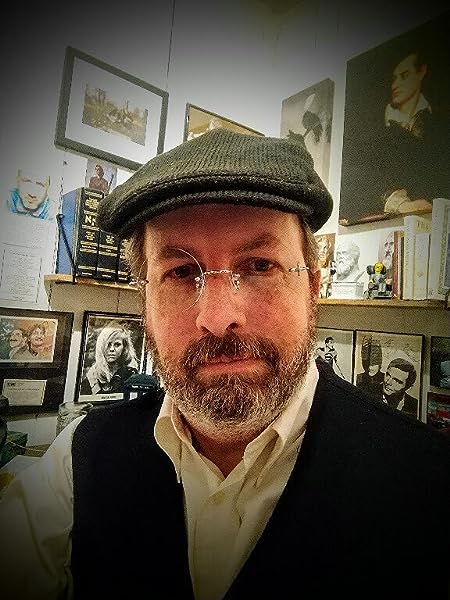 Through The Looking Glass: Reflecting on Madness and Chaos Within Paperback – May 17, 2021

Join 158 writers and artists from across the globe as they journey Through the Looking Glass to unveil the truth about life with mental illness. Diverse, raw, and urgent, the poetry, prose, and art work in this anthology dig deep into the experience of living with depression, anxiety, bipolar disorder, and other neurodivergent conditions, as well as the challenges of loving someone who struggles with such an illness.

Full of hope and despair, acceptance and rebellion, the creativity contained within these pages reflects the reality that we cannot walk around or behind the looking glass, but must walk through it unflinchingly to educate, foster compassion, and reduce the stigma so often associated with mental illness.
Read more
Previous page
Next page

"Perhaps one of Indie Blu(e)'s most vulnerable anthologies, much like We Will Not Be Silenced, this latest anthology opens our eyes and hearts to the struggles of mental illness, without judgement... This is another reason to admire the work achieved by this indie publisher. The individual is cradled in an anthology but their truth and their story are never stifled. And so, it is a pleasure to read and enjoy Through the Looking Glass; to lend your eyes and ears to a myriad of talent all reminding us we are far from alone and that there is hope."

Kristiana Reed, author of Between the Trees and Flowers on the Wall.

"Many editors of anthologies might balk at publishing such raw material, but the commitment of Indie Blu(e) is to give voice to what is so often silenced, sanitized, hidden, and there is in this enterprise something that gives us all hope. For by speaking out our deepest experiences of trauma, abuse and unhappiness there comes a sense of freedom, a sense of the possibility of recognition, connection, acceptance. And thus healing. We are not alone. Others are battling similar enemies. We are lovable. Our feelings are valid. We belong to the human race. We deserve to live.

. . . Many readers will nevertheless see the book as providing a bleak picture of the state of mental health and the paucity of effective support across the world. Indie Blu(e) Publishing, in describing itself as a progressive force, might hope that this collection becomes a resource in the path to social reform. Or perhaps they are more ambitious than that - honoring these voices from chaos and pain demands nothing less than a revolution."

Rhoda Thomas taught psychology, sociology and counselling for nearly 40 years. She is co-founder of Live Poets Society, a socialist poetry group in Wales, UK. Imago is her most recent poetry collection.

"The poems collected in Through the Looking Glass represent stories of human reality courageously told. The life truths revealed are often hidden and completely misperceived by the outside world. Here is the chance to recognize some of ourselves in these pages, our loved ones, colleagues, neighbors, the people we see casually in our cities, our towns and our communities every day. Only with understanding will empathy and compassion follow. These poems feel both painful and triumphant. To meet these talented and brave poets halfway, to do our part in obliterating the stigma of mental illness, can only make this world a better place."

Virginia Watts, Author of The Werewolves of Elk Creek and Shot Full of Holes, (Moonstone Press).

Start reading Through The Looking Glass on your Kindle in under a minute.

5.0 out of 5 stars
5 out of 5
8 global ratings
How customer reviews and ratings work

Amazon Customer
5.0 out of 5 stars A Must Read
Reviewed in the United States on August 8, 2021
Even though I have bipolar disorder and ADHD, and my own writing is included in this anthology, the book is teaching me so much about others’ experiences, especially those who have different diagnoses like autism (spectrum), OCD, and PTSD. The writing by people who take care of loved ones with mental illness is also enlightening. I don’t know anyone who doesn’t know someone who has a mental illness, so I think it’s an important and worthwhile purchase. It’s a hefty volume, the kind you’ll pick up again and again and take away something new each time.
Images in this review

Tres Hermanas
5.0 out of 5 stars There are few 'necessary' books - this is one
Reviewed in the United States on September 2, 2021
Verified Purchase
Few books are truly 'necessary.' They may be fun, enjoyable, a ride, but mostly entertaining more than necessary. Of those who fit the bill of 'necessary' many are unreachable, too academic, impenetrable despite best effort. What's refreshing and interesting about this volume of poetry on mental health, is how accessible it is to read and gain from that reading, a wealth of knowledge, empathy and insight into the experiences of those who care for or are mentally ill. The stigma is real and all we can do to eradicate it, helps diminish hate and condemnation. Through The Looking Glass doesn't pull punches, it's a real reflection of what living with mental illness is like, what loving someone with mental illness feels like, the experience, raw and visceral. Without these treaties on such important subjects, we risk going through life with blinkers on. If we don't talk about it, it doesn't exist, right? But we know this is far from true. Facing the reality of how many fall victim to mental illness, through no fault of their own and yet DESPITE THIS thrive and are equally valuable people, is why this book needs to be widely read.
Read more
2 people found this helpful
Helpful
Report abuse

Robert G. Wertzler
5.0 out of 5 stars That which we call mental illness, seen from the inside
Reviewed in the United States on August 4, 2021
Verified Purchase
This is a heavy book, a big book, 529 pages big and heavy. And it is heavy of subject, mental illness as the lived experience of its 150 contributors. It is also beautiful, haunting, and honest in it’s poetry and stories and art. This is not a book to sit down and read cover to cover, but one to keep handy and, perhaps daily or less often, open randomly and read a piece or a few, and feel, ponder, possibly weep or laugh (or both). If you are one like the authors dealing with depression, mania, psychosis, anxiety, or some combination, you will be in no doubt that you are not alone in that. If you know, love, work with such a one (or more) and seek to understand, there are keys here offered by people of talent more than many who have similar experiences and who are not so able to tell their tale. They do come like shipwrecked Ishmael with tales to tell, tales true and real well told, some of which may well include something like mad captains and wounded whales.
Read more
One person found this helpful
Helpful
Report abuse

RaKobi
5.0 out of 5 stars A Must Read
Reviewed in the United States on August 8, 2021
Verified Purchase
Even though I have bipolar disorder and ADHD, and my own writing is included in this anthology, the book is teaching me so much about others’ experiences, especially those who have different diagnoses like autism (spectrum), OCD, and PTSD. The writing by people who take care of loved ones with mental illness is also enlightening. I don’t know anyone who doesn’t know someone who has a mental illness, so I think it’s an important and worthwhile purchase. It’s a hefty volume, the kind you’ll pick up again and again and take away something new each time.
Read more

RaKobi
5.0 out of 5 stars A Must Read
Reviewed in the United States on August 8, 2021
Even though I have bipolar disorder and ADHD, and my own writing is included in this anthology, the book is teaching me so much about others’ experiences, especially those who have different diagnoses like autism (spectrum), OCD, and PTSD. The writing by people who take care of loved ones with mental illness is also enlightening. I don’t know anyone who doesn’t know someone who has a mental illness, so I think it’s an important and worthwhile purchase. It’s a hefty volume, the kind you’ll pick up again and again and take away something new each time.
Images in this review

Cybrmaus
5.0 out of 5 stars Reducing the stigma of mental Illness one poem at a time
Reviewed in the United States on June 15, 2021
Verified Purchase
Full disclosure: I'm one of the contributors featured in this book.

While I'm grateful to have my pieces selected to represent my experience in dealing with anxiety and depression over the years, it isn't about me. Each and every one of the pieces presented by the poets and writers in this anthology has experienced or been a witness to the devastating effects of the various forms and varying degrees of mental illness. For many of us, being open about how we were truly feeling was difficult as most of the population just doesn't discuss a perceived weakness. It would be shameful, even embarrassing, and unproductive, something I dealt a lot with when I was younger. So I was quiet about it. I didn't even have a name for it until I was much older.

This book certainly doesn't celebrate the things which affect us but it does openly discuss how a person reacts to it, feels about it and how to even celebrate the byproducts of it. Adversity can foster empowerment, especially when one is supported throughout the process and beyond.

To anyone who truly wants to understand how a person with mental illness feels, I would recommend this anthology for valuable insight.

S.A. Quinox Author
5.0 out of 5 stars Powerful collection 🔥
Reviewed in Germany on July 16, 2021
Verified Purchase
'Through The Looking Glass', is a deeply soulful and spiritual collection. It is incredible how so many artists are capable of creating something so deep. I loved reading about the journeys of so many souls. I am in love with the artwork used but of course with the many artists as well! The work that Indie Blu(e) puts in their creations never ceases to amaze me. I would also like to congratulate all distributors. I can only recommend this book. A job incredibly done!!
Read more
Report abuse
See all reviews