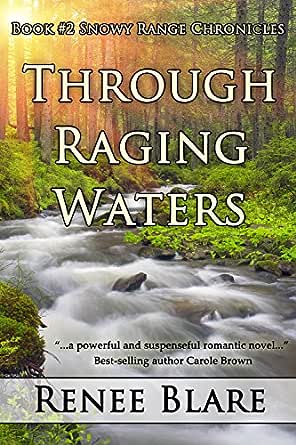 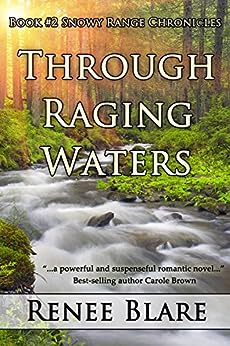 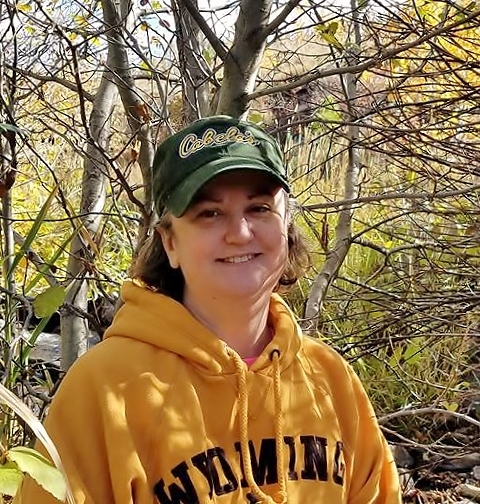 4.4 out of 5 stars
4.4 out of 5
40 customer ratings
How does Amazon calculate star ratings?
Amazon calculates a product’s star ratings based on a machine learned model instead of a raw data average. The model takes into account factors including the age of a rating, whether the ratings are from verified purchasers, and factors that establish reviewer trustworthiness.
Top Reviews

Victoria Pitts Caine
5.0 out of 5 stars Lots of Action
Reviewed in the United States on July 22, 2016
Verified Purchase
An early spring storm sends a deluge on the tiny hamlet of Timber Springs and the creek crests its banks. Prominent members of the Fitzgerald family jump into action to rescue the flooded town. Paul Fitzgerald, the town’s pharmacist, puts together a team to rescue surveyors stranded at mountain cabin.

Melissa Hampton works for a large timber company and finds herself in the fray locating equipment for her boss and the town’s rescue. She gets caught up in the search for the surveying team due to her concern for Paul, the man she loves.

While more than a rescue attempt plays out at the cabin, Melissa and Paul become acutely aware they may not survive their ordeal.
Ms. Blare writes with a great deal of emotion and impact. The story progresses at a rapid pace making it hard to put down.
Read more
One person found this helpful
Helpful
Comment Report abuse

Peggy
5.0 out of 5 stars Wow what a book!
Reviewed in the United States on April 24, 2020
Verified Purchase
I started this book one Thursday morning and read all day till my battery was almost dead. Then I picked it up again till I finished it. It is one good book that starts from the first page to draw you in so you are hooked on the story. You won't regret reading it.
Read more
Helpful
Comment Report abuse

Terry Palmer
5.0 out of 5 stars Renee does it again by taking the reader to that place where hope and love overcomes darkness.
Reviewed in the United States on March 2, 2017
Verified Purchase
Through Raging Waters takes the reader through a faith journey. Renee' book teaches a deep truth, that love and hope prevails when darkness seems so strong. Her non stop action makes to turn the page and walk the journey with her. Many good hopes for this series.
Read more
One person found this helpful
Helpful
Comment Report abuse

Crystal Scott
4.0 out of 5 stars Through Raging Waters
Reviewed in the United States on July 25, 2016
Through Raging Waters is Book Two in the Snowy Range Chronicles series by author Renee Blare and can be read without reading book one, To Soar on Eagle’s Wings, first.

The small town of Timber Springs is about to be experience something that will change the people and town. Timber Creek is beginning to rage and the water is about to flood the town. Local pharmacist, Paul Fitzgerald, turns into a rescuer to help the townspeople but while this is going on, he is battling with his past. Melissa Hampton also has her own demons that she needs to battle, trying to save her mother’s keepsakes, she must also determine who is friend and who is foe. Can they save the town? Will they be able to put the past in the past and find something more?

This was a good book that I did have difficulty getting into, as it progressed I found myself up late reading to see what would happen. Ms. Blare has a great writing style that some may like and others will not like. It is definitely one to pick up and try!!

"I received this book for free. A favorable review was not required and all views expressed are my own."
Read more
One person found this helpful
Helpful
Comment Report abuse

Read with Me
4.0 out of 5 stars Good romance
Reviewed in the United States on September 16, 2016
Before I start my review, I would like to thank Prism Book Group and NetGalley for allowing me to read Through Raging Waters by Renee Blare.

**All opinions stated in this review are mine and mine alone. I received Through Raging Waters from Prism Book Group through NetGalley for free for my honest review.**

Now onto my review:

I was very pleasantly surprised by this book, considering that it started off very slow. Put it this way, I had trouble getting through the first couple of chapters before it picked up steam. But, looking back, I can see why the author had the book start off so slowly.

Through Raging Waters is a Christian romance and to be honest, I was expecting it to be extremely preachy. It wasn’t. The story and the plot were skillfully interwoven with Melissa and Paul’s relationship with each other and other people. It wasn’t force-fed down your throat, like some other Christian novels that I have read.

This is not a standalone book and I really wish that I had read To Soar on Eagle’s Wings (which is Rachel and Steve’s story) to understand some of the back story in this book. But saying that, it doesn’t take away from the book at all. It just raised some questions on my end about what happened in the first book….lol.

I did like Melissa, a lot. Man, was she strong in faith and in spirit. To be honest, I couldn’t have gone on living in a town where my attacker resided and not known who he was. It would have driven me crazy. I did feel awful during the scenes where she uncovered her deceased mother’s secrets and then met her father. Talk about hitting you in the feels.

Paul was a bit of an enigma to me. I couldn’t figure out what he did and then realized….it must have been revealed in the 1st book. Duh….lol. His faith was just as strong as Melissa’s and when the bad thing happened (and yes, I am deliberately being vague….go read the book), he prayed to God. I do believe that his prayers and Melissa’s determination to get to him is what ultimately saved him.

I liked that the romance between Paul and Melissa was almost not there. There were sparks in the beginning that got squashed by the flood, Paul’s father having a stroke and Paul leaving on the rescue mission. But the whole time he was gone, up until they were reunited, they both thought of each other constantly and with love. It wasn’t until Ajax forced Melissa to come to terms with her feelings and let her know what Paul felt that the book really took on the romance angle.

The ending of the book was great. There was a big plot twist that I saw coming but didn’t expect and another one that took me by surprise. I do like that while everything was wrapped up for Melissa and Paul, the author left the book open for the other children.

How many stars will I give Through Raging Waters? 4/4.5

Will I reread? Yes

Will I recommend to family and friends? Yes

Why? No sex, some mild violence
Read more
One person found this helpful
Helpful
Comment Report abuse
See all reviews from the United States