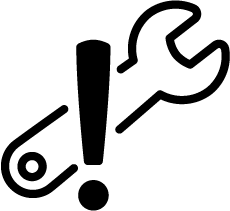 Coverage for accidental damage including drops, spills, and broken parts, as well as breakdowns (plans vary)

from
Added to Cart
An error occurred when processing your request. Try again
Add Protection No Thanks
New & Used (21) from
$470.00  & FREE Shipping.

Shipping rates and Return policy
Have one to sell?
Sell on Amazon

Selling HOTAS because I am moving. No returns.

Found a lower price? Let us know. Although we can't match every price reported, we'll use your feedback to ensure that our prices remain competitive.

Where did you see a lower price?

The HOTAS WARTHOG USB dual-throttle joystick is the result of an intense collaboration between Thrustmaster's development teams and members of the "simmer" community. Exchanges and studies were carried out constantly throughout the product's development phase, in order to create a joystick which meets the most specific and precise requirements of the experts. The result is the HOTAS WARTHOG: a replica set of the joystick, dual throttle system and dual throttle control panel of the U.S. Air Force A-10C attack aircraft.

The HOTAS WARTHOG USB dual-throttle joystick is the result of an intense collaboration between Thrustmaster's development teams and members of the "simmer" community. Exchanges and studies were carried out constantly throughout the product's development phase, in order to create a joystick which meets the most specific and precise requirements of the experts. The result is the HOTAS WARTHOG: A replica set of the joystick, dual throttle system and dual throttle control panel of the U.S. Air Force A-10C attack aircraft.

The HOTAS WARTHOG USB dual-throttle joystick is the result of an intense collaboration between Thrustmaster's development teams and members of the "simmer" community. Exchanges and studies were carried out constantly throughout the product's development phase, in order to create a joystick which meets the most specific and precise requirements of the experts. The result is the HOTAS WARTHOG: a replica set of the joystick, dual throttle system and dual throttle control panel of the U.S. Air Force A-10C attack aircraft.

Weighing in at more than 14 lbs and using metal for the joystick, throttle handles, and bases, the HOTAS WARTHOG joystick is physically imposing. When you take into account the 55 fully programmable action buttons and 2 four-direction hat switches, each with a built-in push button (the first joystick in the world to incorporate such a feature), it becomes clear that the HOTAS WARTHOG is in a class of its own.

The Most Precise and Feature-Filled Joystick You Can Get

The joystick features 19 action buttons, along with a "Point Of View" hat. It provides extreme precision, thanks to the H.E.A.R.T HallEffect AccuRate Technology magnetic sensor system it employs: 16-bit precision (65536 x 65536 values), with no gimbals (cardan joints). What's more, pressing on the joystick's buttons and triggers requires pressure identical to that required in an actual airplane – a true first in the world of joysticks. Particular attention has been paid to freedom of use for simmers, with the joystick's handle being detachable (so that it can also be used on the base of the HOTAS Cougar joystick, if the user wishes), and its base being detachable as well (allowing you to install the joystick in a cockpit).

A carefully designed dual throttle system allows independent control of two engines. View larger
A physically imposing joystick, the HOTAS WARTHOG is in a class all its own. View larger

The throttle component has also been very carefully designed, with a dual throttle system allowing for independent control of 2 motors: a locking system lets the user either attach the 2 throttles together, or else keep them independent of one another. The magnetic sensor technology used for the throttles (14-bit resolution, with 16384 values on each throttle) provides unrivaled precision. Switching to the Idle and Afterburner detents is carried out via a Pull and Push system, for even greater realism. The Afterburner detent is disengageable, allowing users to perfectly adapt the throttle control to the type of airplane they are piloting. The throttles feature a total of 17 action buttons, a "Point Of View" hat and a "mouse hat / slew control".

The product's final mechanical component, the control panel, provides an extensive number and variety of controls. It includes a friction wheel, allowing users to manually adjust the resistance of the throttles according to their own taste. It also features backlighting for functions, which users will certainly appreciate for night flights; the 5 programmable LEDs are also a plus for use in dark or low-light conditions. The base includes a "trim wheel" and 15 action buttons, including numerous push buttons with resistance identical to that on a real airplane and industrial metal switches (2 or 3 positions) with highly realistic pressure.

The HOTAS WARTHOG joystick's deadly weapon is known as T.A.R.G.E.T (Thrustmaster Advanced pRogramming Graphical EdiTor). T.A.R.G.E.T is a software suite allowing users to test, configure and program Thrustmaster controllers, chief among them being the all-new HOTAS WARTHOG, but also the MFD Cougar, the HOTAS Cougar and the T.16000M.

T.A.R.G.E.T lets users create programming configurations which are either more or less complex, depending on the user's taste, simply by using their mouse and the Drag and Drop principle. Three different programming levels are available: "Basic", to get started; "Advanced", to employ more advanced functions; and finally "Script", to harness the full power of the software. It should also be noted that in this software suite, the standard Script language has been totally rewritten to provide more flexibility, new functions and virtually unlimited possibilities.

T.A.R.G.E.T is more than an interface: it's also a powerful software application capable of simulating virtual devices such as a keyboard, joystick, mouse, and so on, in order to simulate all of the actions required for these devices' use. These actions are measured on the axes and buttons of the physical controllers, but sent to software applications via a virtual controller.

In this way, T.A.R.G.E.T allows for total interaction between different Thrustmaster USB controllers, with simplified configurations in simulators, and the use of a single preset for all controllers, rather than having to use as many different presets as controllers. Finally, T.A.R.G.E.T includes built-in presets for well-known games (both recent and older titles), and lets users create new presets too.

Super-stable, weighted base (over 3kg)

JJ
5.0 out of 5 stars No Regrets
Reviewed in the United States 🇺🇸 on January 12, 2023
Style: Flight StickVerified Purchase
Purchased the Warthog Thrustmaster Joy Stick, Throttle and, Rudder pedals separately. Easy as the Digital Combat Simulator (DCS world version) populated most of the inputs directly into the modules with ease, very close to plug and play. Still have quite a few switches, and Buttons to customize to other Modules as needed.

I did several months research before deciding to take the plunge into the DCS Gaming platform. Although the Warthog system is over a decade old it became apparent that the majority of DCS Gamers still rely on the Warthog system. At it's Price Points the Warthog is still competitive in features, quality with the newer systems that followed the Warthog introduction.

No Quality issues although the Warthog Joystick Gimble still is made with a Hardened Plastic I.e. non-metallic material, it is smooth in range of motion as are the Throttle Controls and Rudder system.

There are Newer systems on the Market now for Flight Simulation specific to Fighter Aircraft, the Price Points vs. Functionality and ease of installation make the T