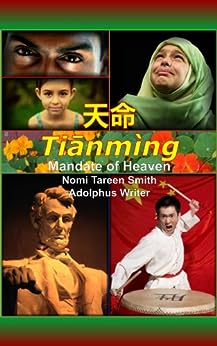 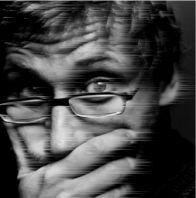 by Nomi T. Smith (Author), Adolphus Writer (Author) Format: Kindle Edition
See all formats and editions
Sorry, there was a problem loading this page. Try again.
This is a reluctant journalist's tale of geopolitical conflict and geologic catastrophe that upends the worldwide status quo. The United States is on the brink. Economic and geologic calamities threaten to dissolve the nation. A farsighted president, Moses Orestes, strives to save the republic he loves. Yellowstone and the Canary Islands erupt as half the US population relocates north into Canada. Failing governments take advantage of the fact that the world's policeman is down for the count. Nuclear skirmishes reshape western and southern Asia. Will any nations step up to take responsibility and right these wrongs? In what could be another nuclear showdown, an unlikely hero saves the former USS John F. Kennedy. A mysterious agency, CWNS, hires Michael Babbage, a freelance reporter, to analyze and document this unfolding history. But how is it that so many people he knows have to die if he is merely an observer? Is he next? His recruiter, Buck Jefferies, advised him: "Always read the fine print before you sign up." Why is all this happening? It's the Mandate of Heaven. George Washington warned us about it long ago.
Read more
Previous page
Next page

"Not only is it thought provoking, but the characters and the situations that they are thrust into are a joy to read ...The characters are all well developed and by the end of the narrative things start to weave together in a pleasing and surprising manner." - Red City Review, September 19, 2013

Adolphus Writer - (b. July 20, 1969) - His mother would have named him Tranquility Base, had he been born a girl. He escaped that fate, but was plagued by the nickname "Eagle" for most of his public school days. He attended several prestigious institutes of academic learning before the advent of the Internet and holds a doctorate in Theoretical Physics.

After he graduated, Adolphus travelled to Europe, the Middle East, and Far East when those names still meant something. He picked up knowledge, experience, and an inordinate number of colds and flus while abroad. He found people to be the same the world over: motivated by their self-interest, full of blind spots, and divided mainly into idealists and pragmatists.

After arriving back in the USA, he took a job in a large defense firm applying his creative and analytical skills to pressing problems to which his mother would have objected. He married Ninja Schreiber after she resigned her commission with the German Federal Defense forces and came to the United States to be with him.

During the economic downturn spanning the first and second decades of the twenty-first century, his job was eliminated and he was terminated. He established Mandated Memoranda Publishing, LLC, as a way to support the lifestyle to which he and his family had become accustomed. He says they like to eat on a daily basis and stay debt–free.

E Bennett
5.0 out of 5 stars Intriguing, entertaining, well-written
Reviewed in the United States 🇺🇸 on July 6, 2013
Verified Purchase
Skillfully crafted, this is powerful fiction. Although the geologic catastrophes seem improbable, the story line is frighteningly plausible. The story illustrates the danger of current thinking in America and the importance of good leaders. The authors describe detailed military operations and state-of-the-art technical innovations. By giving attention to detail and providing interesting characters, the book captivated me. I could see what was happening, but I could also breeze by things that were too complicated and not miss the story. And there is a human story throughout. It is easy to feel empathy for the main character, Michael Babbage, an unsure reporter who grows into a capable, if still fallible, clandestine news journalist. I was riveted by the solid and creative story line that shifts scenes like a movie.
Read more
One person found this helpful
Helpful
Report abuse

mark adamo
5.0 out of 5 stars Highly Recommend, Enjoyable Read
Reviewed in the United States 🇺🇸 on July 13, 2013
Verified Purchase
Entertaining quick-read, well worth the time (and cost). I enjoyed the story, and thought it was very well-written. Looking forward to more from these authors.
Read more
4 people found this helpful
Helpful
Report abuse

Lisa & Bob
5.0 out of 5 stars Outstanding political fiction!!!
Reviewed in the United States 🇺🇸 on August 23, 2013
This is a thought provoking book on what could be a large chain of events in the near future of the US. Loved that there's so much undercurrent of current event tie-ins in here. I thought it was a great read by what might or might not be a first time writer, as the author ends up being part of the story itself! Very clever woven in tie to the author and the story - a must-read biography at the end. I thought it was very intriguing that the character's names had extreme significance - for instance - President Moses! Given that opening speech by the fictional President, the author may be a very clever speech-writer him/herself.
Read more
3 people found this helpful
Helpful
Report abuse

Susan
4.0 out of 5 stars A new author takes a stand
Reviewed in the United States 🇺🇸 on July 2, 2013
I was encouraged by a friend to read this book and I am glad that I did. I see a great future for this author and I hope to read many more books.
Read more
3 people found this helpful
Helpful
Report abuse
See all reviews
Report an issue
Does this item contain inappropriate content?
Report
Do you believe that this item violates a copyright?
Report
Does this item contain quality or formatting issues?
Report