You've subscribed to A Fair to Remember! We will preorder your items within 24 hours of when they become available. When new books are released, we'll charge your default payment method for the lowest price available during the pre-order period.
Update your device or payment method, cancel individual pre-orders or your subscription at
Your Memberships & Subscriptions
There was an error. We were unable to process your subscription due to an error. Please refresh and try again. 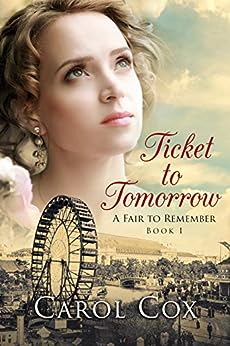 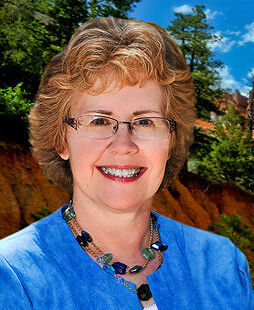 Ticket to Tomorrow (A Fair to Remember Book 1) Kindle Edition

by Carol Cox (Author) Format: Kindle Edition
Book 1 of 3: A Fair to Remember
See all formats and editions
Sorry, there was a problem loading this page. Try again.
Read more Read less
Previous page
Next page 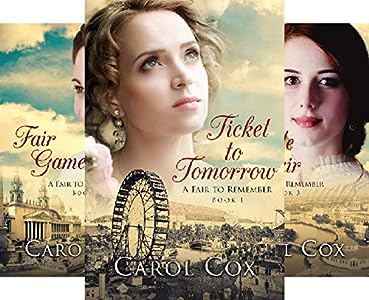 "Cox brings both her humorous and serious sides to her books. She knows what readers expect from her, and she always delivers." - RT Book Reviews, on Love in Disguise

Some time ago, I came across a history of the United States printed in the 1940s. Intrigued, I thumbed through its pages and found my attention caught by a passage about the World's Columbian Exposition, held in Chicago in 1893. Those brief paragraphs sparked my interest and set me off on a trail of research where I became immersed in a fascinating moment in America's history.
After winning the honor of hosting the great fair, Chicago opened its doors to the world and invited people from every nation to come to the White City. And come they did! Over 27 million visitors passed through the gates during the fair's six-month duration. Along with sightseers, the fair also drew those who would prey on the unsuspecting, which gave me the basis for this series.
By the time it was all over, America had established its position as a forward-thinking, cultured nation, and innovations such as the Ferris wheel and the Midway, hamburgers and carbonated soda, Cracker Jacks and ragtime music had become American institutions.
Set against the backdrop of a fascinating moment in America's past, the three titles of A FAIR TO REMEMBER--Ticket to Tomorrow, Fair Game, and A Bride So Fair--combine history, romance, and intrigue.
Join me in reliving the moment that ushered in the twentieth century in America!

CAROL COX is the author of 30 inspirational novels and novellas. With over one million copies of her books in print, those titles range from historical romantic suspense to contemporary romance and cozy mysteries, often set in her native Southwest.
When she isn't busy researching or writing, Carol spends her time helping her husband (a pastor who also operates a saddle shop) and working on a never-ending series of crochet and knitting projects. She and her family enjoy rural life in northern Arizona, where the deer and the antelope really do play--often within view of the family's front porch.
Read more

4.4 out of 5 stars
4.4 out of 5
77 global ratings
How are ratings calculated?
To calculate the overall star rating and percentage breakdown by star, we don’t use a simple average. Instead, our system considers things like how recent a review is and if the reviewer bought the item on Amazon. It also analyzes reviews to verify trustworthiness.
Top reviews

Linda Shenton Matchett, Author
4.0 out of 5 stars A wonderful immersion into history
Reviewed in the United States on May 2, 2020
Verified Purchase
I’m fascinated with the Chicago World’s Fair, so was intrigued when I became aware of this book. The author does a great job of describing the atmosphere of the fair, not in big chunks of exposition, but sprinkling bits and pieces of sights, smells, and sounds, so much, so that her scenes took me back to my own experiences at the Knoxville (TN) World’s Fair. The plot was clever and well-written, an imaginative “what if.” I enjoyed reading about the new “technologies” that were being introduced at the time, and the story included a cameo appearance by Thomas Edison. Annie is a widow, and her grief is captured sensitively and realistically without creating a gloomy feeling to the story. Nick is a wonderful hero, and I enjoyed his performances at Buffalo Bill’s Wild West show. Bill Cody also makes some appearances which created a fun element to the book. Themes of forgiveness and salvation are woven throughout the story without being preachy. All in all a lovely story.
Read more
4 people found this helpful
Helpful
Report abuse

Dawn Klinge
5.0 out of 5 stars A fun and exciting historical romance
Reviewed in the United States on June 23, 2020
Verified Purchase
The Columbian Exposition in Chicago is such a fun setting for this exciting book. I loved the intrigue and historical details. The author obviously did a lot of research, and it was a sweet love story with some excitement, all of which made this book super enjoyable.
Read more
3 people found this helpful
Helpful
Report abuse

Kindle Customer
5.0 out of 5 stars Delightful romantic and mystery novel with a Chicago world's fair setting
Reviewed in the United States on July 11, 2020
Verified Purchase
Well-written and researched involving delightful descriptions surrounding the World's Fair held in Chicago in the late 1800s with a lovely cover. This novel takes you right back to that era with a detailed description of the lay-out and offerings of the fair, making you feel a part of it. This involves a recent widow (Annie) who escorted her late husband's brilliant but absentminded older partner (Silas) to display their new invention - a horseless carriage. In their travels, Nick, Silas' nephew, who is part of a wild west show nearby assists them. Somehow through a bumbling mix-up, Silas acquires information from an anarchist who plans to assassinate the Spanish princess. This results in danger, unknowingly to them, as they attempt to procure financial production support for their invention. Annie, who assisted her husband when alive, only wanted to follow-through on his final wish, not expecting to fall for handsome Nick. Much adventure, mystery, and ultimately romance will provide a reader with an entertaining read for those who enjoy a historical genre.
Read more
Helpful
Report abuse

bets29Top Contributor: Historical Fiction Books
5.0 out of 5 stars Suprised Me
Reviewed in the United States on November 6, 2020
Verified Purchase
I had no idea how tense and dangerous this book would be and was surprisingly thrilled. It also caused me to search about the earlies electric autos - and found the first ones were invented in the early 1800s - I was very surprised at that. As for this Chicago fair - it occurred about 1893.
Her husband had died about 15 months before she & their partner, Silas, brought their electric auto to the fair. Of course, being female, some did not think she would know anything about this auto nor did most realize just how much she had helped in creating it and just how wise she was in figuring out puzzles.
I will say no more but hopefully this will interest you enough to read this book - because after reading a chapter or more, I was not sure I wanted to continue reading it - I am so glad I kept reading it because before long - I could not put it down.
Read more
Helpful
Report abuse

love to read
5.0 out of 5 stars Great Read
Reviewed in the United States on July 14, 2020
Verified Purchase
The Ticket To Tomorrow story was a really good read. It was well written and held my interest throughout. The characters seemed real and the story was believable and flowed smoothly. The story showed a variety of human personalities that we see in everyday interactions with others. The story showed sadness, happiness, greed, honesty, dishonesty, and a variety of other personality traits. The story was well developed and had a great, somewhat surprising ending. I look forward to reading the other books in the series.
Read more
Helpful
Report abuse

Morning Star
5.0 out of 5 stars Enjoyed This Very Much
Reviewed in the United States on July 6, 2020
Verified Purchase
It's obvious the author took her time writing and editing. Chapter endings kept my curiosity engaged. The author was careful with her verb choice, and it greatly enhanced the reading experience. The characters were realistic, vibrant people, and I enjoyed spending time with them. Excellent descriptions helped place the reader right in the story. Highly recommended!
Read more
Helpful
Report abuse

Marthy1
5.0 out of 5 stars Entertaing
Reviewed in the United States on May 8, 2020
Verified Purchase
An entertaining book.The characters are down to earth. The plot of the story is interesting. I would recommend this book to young adult and older.
Read more
2 people found this helpful
Helpful
Report abuse

klutz
5.0 out of 5 stars Great reading
Reviewed in the United States on July 7, 2020
Verified Purchase
An action packed mystery and romance set in the White City, the World’s Fair in Chicago that was the first great exposition of electricity, motorized vehicles, and the US as a world reader. The characters are delightful and thought producing. Kudos to the author and editors.
Read more
Helpful
Report abuse
See all reviews