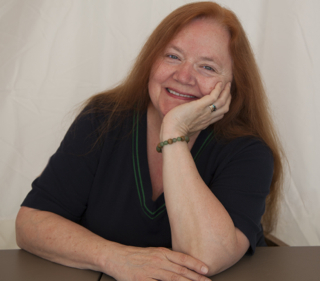 Start reading Till Darkness Comes on your Kindle in under a minute.

buzzOregon
5.0 out of 5 stars A thriller!
Reviewed in the United States on August 29, 2017
Verified Purchase
This book made me squirm from the very first page. It is NOT a morality play, but definitely addresses morality. It is not a comfortable romance. Nor does it have the usual gratuitous eroticism. It does however have plenty of twists and turns and against your usual sense of right and wrong, you will find yourself suddenly veering into the lane of rooting for the bad guy. And then you do some more squirming. Weaves sanity into insanity and back again. It also leaves you with enough surprise tidbits sprung on you that make you want another book to do some more 'splainin' !!

It took me awhile to get to reading it but once I picked it up I couldn't put it down!

susan
4.0 out of 5 stars Dark
Reviewed in the United States on February 3, 2018
Verified Purchase
This is a first book I have read of this author's and probably won't be the last. I found it easy to follow the storyline even with the going from the present to the past. Believe it or not I was Shocked at who the watcher was. Even though I the idea of who it was did run through my head a couple of times. This book kept me interested from page one. I do have to say I didn't like how the book ended way to many questions. I would definitely recommend this book.
Read more
Helpful
Comment Report abuse

Angie Pugh
4.0 out of 5 stars Great book.
Reviewed in the United States on November 21, 2016
Verified Purchase
I was a little confused in the beginning when the history of the characters were being expanded due to jumping from past to present but once I caught on to what was happening I couldn't put the book down. Read it all in one day.
Read more
One person found this helpful
Helpful
Comment Report abuse

D.M.E
3.0 out of 5 stars Till Darkness comes is a dark story.
Reviewed in the United States on November 12, 2016
Being no stranger to dark and gritty stories, when I saw ‘Till Darkness Comes’ listed as an LGBTQ thriller, I was excited to get my hands on a copy. It delivered on being a dark thriller, not so much the LGBT angle, but I’ll get to that. First and foremost, readers need to be aware although the blurb states “Beth has been abused, beaten, raped…those things are not in the past, they occur in the pages of this story. A huge part of the story is about Beth and her husband, he is an abusive a-hole, with crimes consisting of drugs, domestic violence, rape and abduction. All on page.

A child also dies in this story, something I found truly gut wrenching, as will most readers. It annoyed me a little actually. I felt it would’ve been more fitting if the person who brought about his demise had died. From that point on, the main focus of this story is a vigilante killing people who’ve denied others medical care and /or claims. The mystery aspect of that is cut short as the person doing such is revealed to the reader. I had trouble buying who it was as if said person was so psychotic why put up with… Damn, I can’t say what without spoilers.

Back tracking, the story starts with Beth’s uncle being killed, and not for the same reason other people are being murdered, but because of the sexual abuse he inflicted on others – sorry if that’s a spoiler but I really think readers need to be aware this story has a heavy focus on abuse, most of it MF not same sex.

So where does the LGBTQ angle come in? Well Beth crushes on her therapist because she wants to know what all the hype about lesbian sex is. However despite her therapist spilling her guts to her client about her sexuality she doesn’t reciprocate Beth’s feelings or advances. Then there’s Regan, Beth’s childhood friend, who is loosely woven into the plot, and identifies as not being attracted to either gender.

This story has a shifting timeline which is somewhat choppy and disjointed. The biggest issue I had with the storytelling was the abundance of telling, there was little emotion shown or deep character building. In hindsight, with all the dark things going on that could very well be a good thing.

The fact this story kept me engaged enough not to be tempted to skim read, had me hovering on a 3 heart rating, right up to near the end. What end? I can’t say if it’s a cliffy or if the readers are supposed to decide for themselves what, or how, things turned out.

I’m but one reviewer, with my own opinion. I urge readers to grab on this story, you might end up loving it despite my misgivings.

L. C. Hayden
4.0 out of 5 stars Dark and suspenseful
Reviewed in the United States on February 18, 2017
The book opens when Jerry has just finished sexually abusing a boy. Jerry orders the boy to pull himself together and go inside and act as if nothing has happened—just as he had done before. Soon as the boy leaves, someone enters the shed, tortures and kills Jerry.
What follows is a series of flashbacks that unveil the characters’ stories. Unlike many of the stories that jump from past to present over and over again, this one is easy to follow. DeHelen’s skill in narration helps the reader keep up with the events.
The plot twists hooks the readers and makes them want to finish the book.
A lot of writing skill is demonstrated in this story, but it is a dark story which might turn some readers off. In addition, the action occurs “on stage” and not behind the scenes. The LGBT theme, although a small part of the book, is present in the book.
Some readers also seem to be turned off by a story that is written in the present tense, such as this one. However, only the murder scenes are written in the present tense. The author did this on purpose to provide immediacy--a technique that really works!
However, overall, the story line flows smoothly, the reader is hooked, and the plot’s twists will keep the readers turning the pages.
Read more
Helpful
Comment Report abuse

Bobbi
5.0 out of 5 stars You'll love it
Reviewed in the United States on December 9, 2016
I was given the opportunity to read, 'Till Darkness Comes' with a request that I give an honest opinion of this story. When I figured out who the killer was, it was like being hit in the head with a blunt object. Just as, 'the watcher' often did to subdue a victim. I really enjoyed this one. However, I found the ending to be... a whole new beginning. I am ready for the next one. Thanks Sandra De Helen for allowing me to read your work. It is brilliant.
Read more
One person found this helpful
Helpful
Comment Report abuse

JB from Virginia
5.0 out of 5 stars Don't Miss This Dark Thriller
Reviewed in the United States on December 27, 2016
This book grabbed me from the beautiful and compelling opening line and didn't let me go. I'm a fan of dark thrillers and have been enjoying reading them lately (Ruth Ware, Girl on a Train, Gone Girl), so this book got my attention. Warning--it is dark! But I love that kind of stuff. the LGTBQ angle felt refreshing and intriguing. Recommend this book not only for the stellar writing but also for the depth of the characters. I recommend it for fans of Girl with the Dragon Tattoo, Gone Girl, Ruth Ware, etc.
Read more
One person found this helpful
Helpful
Comment Report abuse
See all reviews