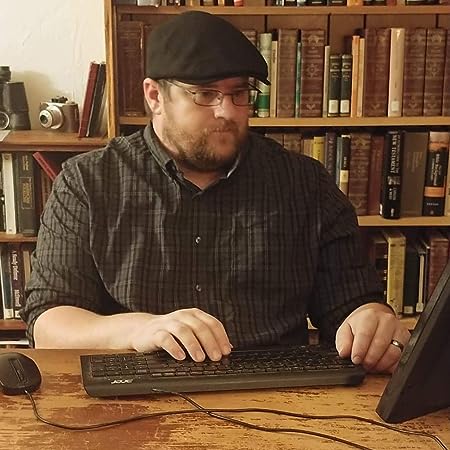 Tim McLaughlin (1982-present) was born in Alabama, raised in Pennsylvania and Ohio, and now lives in rural Massachusetts with his wife, kids, and assorted small animals. He writes fantasy, memoir, theology, and science fiction. Since 2008 he has been involved in church planting efforts in New England and in 2017 he began studies at Northeastern Baptist College. His theology blog and online serial urban fantasy series, "The Worst Baptist" and "Tall Tales" respectively, were launched in late 2018. 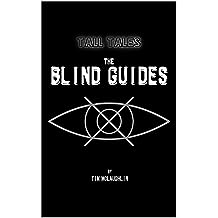 The Blind Buides: A Tall Tales Story Jun 11, 2022
by Tim McLaughlin
$3.00
Uncomfortable with civilian life after returning from World War II, a group of men from upstate New York take their new motorcycles on a cross-country trip. What they find in the Utah desert, however, changes the course of their lives forever.
Read more
Other Formats: Paperback 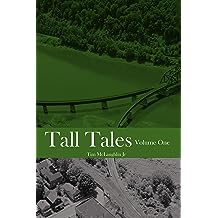 Tall Tales: Volume One Aug 31, 2021
by Tim McLaughlin
( 2 )
$6.99
Tall Tales: Volume One is the first collection of short stories from the serial urban/paranormal fantasy, Tall Tales. This first collection focuses on a paranormal investigator named John Matteson and a witch named Jackie Veracruz as they deal with the fallout of a botched exorcism, while a priest named Father Benedict de Monte makes his first attempts at hunting a dangerous cult called The Brood of Nachash. Including original short stories not included in the serial, illustrations, and expanded material from the original serial.
Read more
Other Formats: Paperback 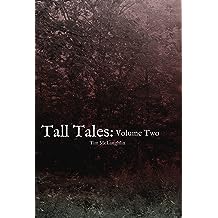 Tall Tales: Volume Two Sep 4, 2021
by Tim McLaughlin
( 1 )
$6.99
With the consequences from Volume One still reverberating in their lives, the cast of Tall Tales must face growing challenges in their own way. Jackie's trust for Hecate wanes as she learns more about her divine patron's intentions. Benedict and Akshainie's crusade against the Brood of Nachash brings them into contact with Matteson, who is dealing with significant changes to the people in his life. But when lives are on the line, the group must decide what risks they're willing to take to stop the cult once and for all.
Read more
Other Formats: Paperback