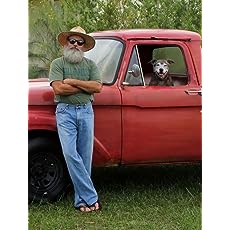 Tim Robinson is a third generation Floridian, his grandfather having taken up a 100 acre homestead on Cape Canaveral in 1924. It was his grandfather and father who instilled in him a love for everything Florida. Tim grew up in West Palm Beach, halfway between saltwater Lake Worth and freshwater Lake Mangonia, where he spent his childhood and youth traipsing through the woods or biking over to the beach or taking in the wonders of Florida in some fashion or another. He lives with his wife, Connie, on a small farm in Indiantown, Florida. atropicalfrontier.com
Read more 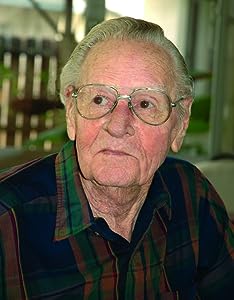 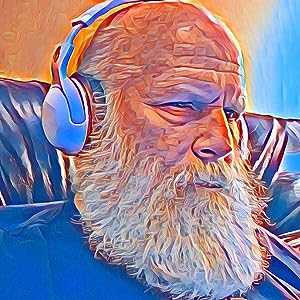 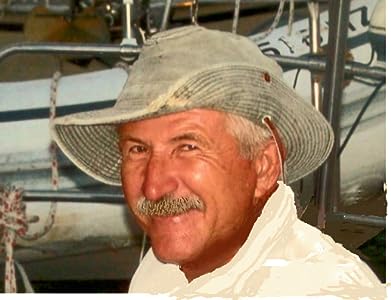 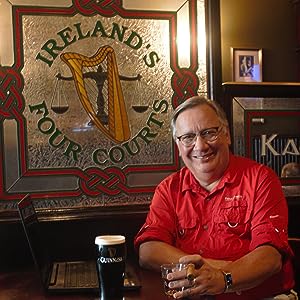 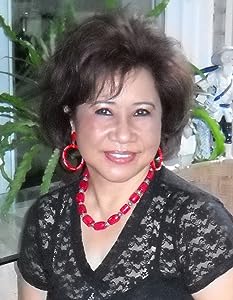 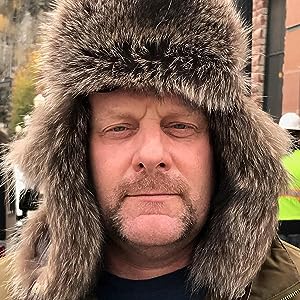 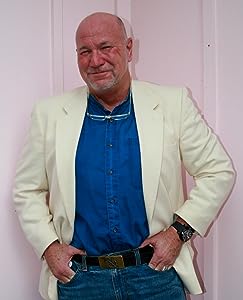 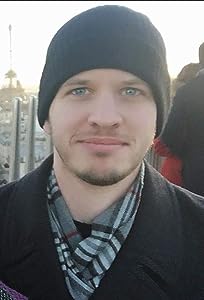 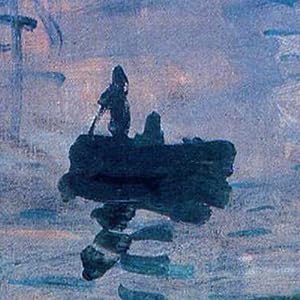 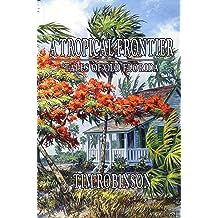 A Tropical Frontier: Tales of Old Florida Dec 3, 2011
by Tim Robinson
( 73 )
$4.95
[Rating: PG-13] From the author of the award-winning novels, The Indian Fighter and The Cow Hunters (Florida Historical Society, Patrick D. Smith Award), this is the First novel in the "Tropical Frontier" series. NOTE: This volume INCLUDES "The Wreckers," the separate and stand-alone novel formatted especially for young readers.

The Southern Frontier: A road-less, watery wilderness, uninviting and intimidating to all but the most stouthearted and adventurous. As great cities were springing up in places with names such as St. Louis, Denver, and San Francisco, the lower peninsula of Florida endured. Here, the panther, the alligator, and the bald eagle remained safe from the restless, meddlesome hands of civilization, continuing as they had for eons past. Renegade Indians, pirates, hurricanes, and man-eating animals - not to mention poisonous snakes and bloodthirsty hordes of mosquitoes - reigned supreme. It took a certain kind of person to boldly venture into such an inhospitable environment where a man had only himself and his family upon which to depend. It took men and women with not only vision, but backbone and grit, people like the MacLeods, Dawsons, and Hackensaws, true pioneers who confronted whatever came their way, together, as a family. From shipwrecks, to Indian uprisings, to buried treasure; blockade runners, to murderous beach tramps, and the sad, lonely life of the solitary beachcomber, Tales of Old Florida takes the reader back to a singular time and place that will never be seen again. Above all, Tales of Old Florida is an epic saga of survival and prosperity, love and love lost, and most importantly, the power of the human spirit to prevail.
Read more
Other Formats: Hardcover , Paperback 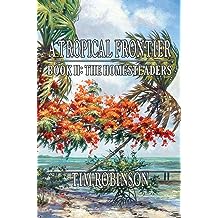 This is a whimsical tale in which a fledgling town, including a long list of quirky inhabitants, forge their collective future in a wild, watery frontier, a place with no roads in or out, a place where one must learn to count on his, or her, neighbor, whatever their background or differences.
Read more
Other Formats: Paperback 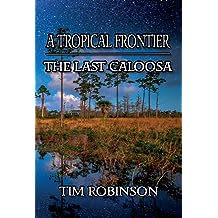 The proverbial fork in the road: which path to follow? Bridges burned. No turning back. One can never know to where a single, momentary decision might lead, whether it be to a good place, or to a very, very bad place, indeed, to the gates of Hell.
Read more
Other Formats: Paperback 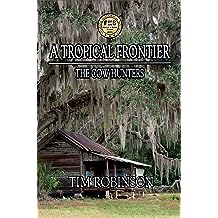 [Rating: R] The Fourth novel in the "Tropical Frontier" series, The Cow Hunters is the sequel to The Good Dog.

The Florida Prairie, 1860, cattle country. War looms, but to the settlers living along a jungled, tropical creek, it all seems very far away. For Becky Hackensaw, there are much more pressing matters, such as providing an education for her six children, but where to find someone willing to brave an uninhabited wilderness overrun with wild animals, alligators, poisonous snakes, and bloodthirsty mosquitoes?
Read more
Other Formats: Hardcover , Paperback 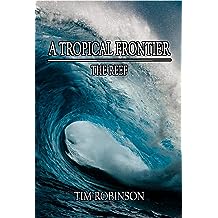 A Tropical Frontier: The Reef May 18, 2020
by Tim Robinson
( 2 )
$9.95
[Rating: PG-13] The Seventeenth novel in the "Tropical Frontier" series, The Reef is, in addition, the Second novel in the "Brigand" sub-series. Young Nathan MacLeod has been arrested as a follower of William Augustus Bowles: revolutionary, sworn enemy of the Spanish Crown, and conspirator with the Florida Indians. Imprisoned in the notorious El Morro Castle in Havana, prospects look grim, that is until news of Nathan's capture reaches Arabelle O'Shea, an orphan who lives in a hermitage in the eastern Georgia wilderness. From there, events take on a life of their own. In this, the sequel to "The Brigand," Arabelle is reunited with her old swashbuckler mates, the former crew of the dreaded pirate vessel Non Conception, and the riotous adventure begins. Will they rescue their friend from the clutches of the evil and recalcitrant governor of Cuba, Pasqual Santiago? Or will this spell the end for our dubious heroes?
Read more
Other Formats: Hardcover , Paperback 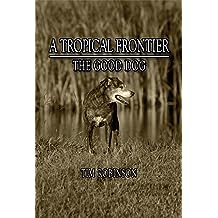 This is the story of one dog's journey to discover a place called home.
Read more
Other Formats: Audible Audiobook , Paperback 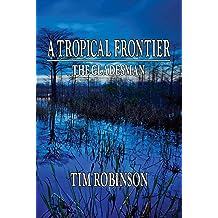 From the darkest depths of the Everglades comes the Gladesman, and the tiny hamlet of Port Starboard will never be the same.

The Gladesman, a disgusting, vile swamp dweller comes to Port Starboard - a tiny settlement on the northwest shore of 1880's Lake Worth - and everything goes downhill from there. Because of him, however, the residents discover that Maggie Hooker, a black woman and the town's shopkeeper/postmistress, is the glue that holds the community together.
Read more
Other Formats: Paperback 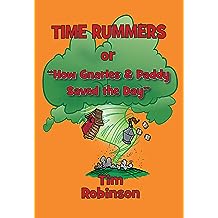 Time Rummers, or How Gnarles and Paddy Saved the Day (A Tropical Frontier Book 6) Oct 21, 2014
by Tim Robinson
( 8 )
$9.95
[Warning: this book has been described as both hilarious and ridiculous; read at your own risk]

[Rating: PG-13] The Sixth novel in the "Tropical Frontier" series, Time Rummers is, in addition, the Third novel in the "Port Starboard" sub-series.

Whatever will be will be. But what happens when dreams become reality, when unbridled imaginations supplant the laws of nature? For Gnarles and Paddy it can be very confusing, but for a certain resident of Port Starboard it can mean the difference between life and death. Can the diminutive drunks find a way to save the day, to upend reality and turn the tables on Father Time? Maybe, but not without a little help from the patron saint of shipwrecked sailors himself.
Read more
Other Formats: Paperback 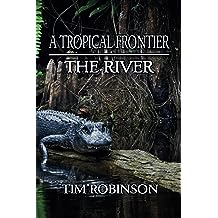 A bitter old man, a resentful son who never knew his father, and a daughter-in-law who is intent on fixing everything. What could possibly go wrong? Set along the banks of a winding, jungle river, this is a story of reflection, regret, and the power of bullheadedness.
Read more
Other Formats: Paperback 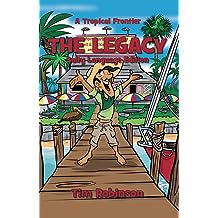 A Tropical Frontier: The Legacy Mar 6, 2018
by Tim Robinson
( 4 )
$2.99
[Warning: this "historical fiction" has been described as both hilarious and ridiculous; read at your own risk]

[Rating: R, for language] The Twelfth novel in the acclaimed series, this is a story of what might happen if Ponce de Leon had been right. Bamboo returns for his swan song and, in the process, prompts us to ask that eternal question: Are there really angels? 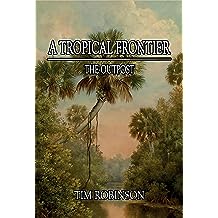 Born in one world, then violently removed from it to be raised in another, young Haley Addison never suspected the truth, that her entire life, everything in it, had been built on lies. But then, as they say, Ignorance is Bliss.
Read more
Other Formats: Hardcover , Paperback 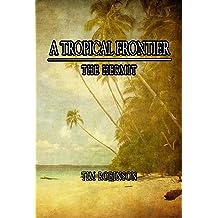 A Tropical Frontier: The Hermit Jan 4, 2016
by Tim Robinson
( 5 )
$9.95
Three men in a boat, a tiny boat on a raging sea.
[Rating: PG-13] The Seventh novel in the "Tropical Frontier" series, The Hermit continues the tale of Charlie MacLeod.
Read more
Other Formats: Paperback