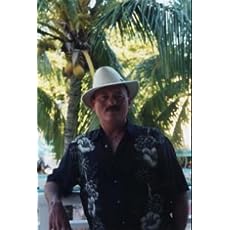 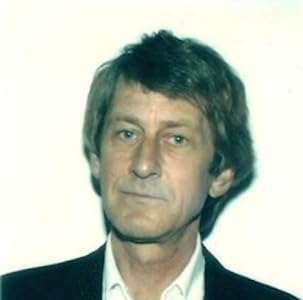 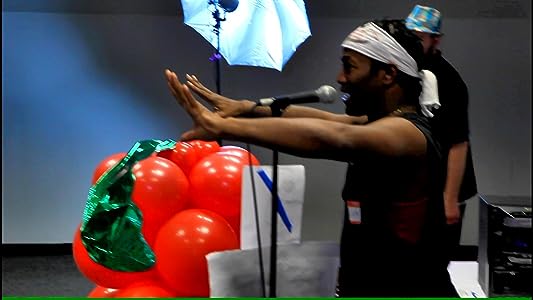 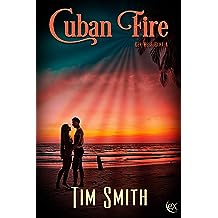 Cuban Fire (Key West Heat Book 4) Apr 10, 2020
by Tim Smith
$1.99
Take one newspaper writer who goes to Key West for an assignment, add a cute Cuban vixen looking for a good time, stir carefully with a Key Lime twist and let the beach party begin. Brad didn’t know what to expect when Chiquita set her sights on him at the bar, but he certainly didn’t think she’d change his cynical outlook on life. The free-spirited pixie with a natural flair for hustling opens his eyes to a different world, but can he adapt to her laidback, carefree lifestyle? Is there a future beyond the sunset?
Read more 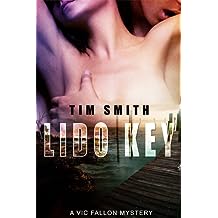 Lido Key (Vic Fallon Book 2) May 1, 2012
by Tim Smith
$5.99
Vic Fallon has worked on some strange cases since he left the Police force to become a Private Investigator, but when a former lover asks him to look into a bizarre blackmail demand, it’s one for his memoirs. Vic hasn’t seen Ariel Weston since his last trip to Siesta Key, Florida, three years earlier. The end of their affair wasn’t amicable, and Vic swore that the next time he saw Ariel he’d drown her with the nearest Piña Colada. When Ariel gets caught up in a potentially embarrassing sex scandal, she appeals to him for help. Vic reluctantly agrees but finds himself in a real quandary when he realizes they still have feelings for each other.

The case pulls Vic out of his northern Ohio comfort zone to the Sunshine State, where he crosses paths with a corrupt local cop, a famous writer with a taste for booze and women, and a sleazy strip club owner who knows more than he’s letting on. Throw in one very cute Latina who develops a crush on him and the puzzle becomes more complex. Can Vic solve Ariel’s problem before the blackmailer ruins her life? Will Ariel convince Vic to give their failed relationship another chance?
Read more 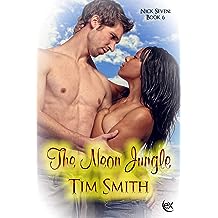 Nick, content to run a bar on the Gulf and maintain a low profile, breaks his self-imposed exile when a friend asks for help in getting a local mob boss off his back.

Popular singer Jimmie Rae wants to get free from the notorious Turk Morgan, a crooked music mogul who controls the Miami entertainment scene. Jimmie reveals that his girlfriend has gotten caught in Turk’s web, and he wants to get her out before it’s too late.

As Nick and Felicia explore the neon jungle of South Beach, they encounter the dark underside of the music business. Drugs, prostitution, street thugs, and political payoffs are Turk’s stock in trade, and he isn’t one to relinquish control over his empire.

Nick goes undercover as an international criminal to challenge him, but will he succeed in breaking Turk’s hold over Jimmie and his girl? Can Nick use the sting operation to solve a cold case murder he discovers by accident? What other secrets will he uncover?
Read more
Other Formats: Paperback 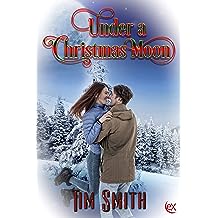 Under A Christmas Moon Dec 22, 2019
by Tim Smith
( 1 )
$1.99
Scott Burke and Lisa Berger were high school sweethearts once upon a time, but that was fifteen years ago. Sparks were rekindled one year ago, when Lisa found herself stranded in Scott’s hometown on Christmas Eve and they realized they never should have parted. Now they’re planning their first Christmas together as a couple, but a little thing called life keeps getting in the way. Both of their careers keep them busy, especially Lisa’s, and Scott begins to feel like the odd man out in the relationship. Can the two lovers keep the flames burning, or will they decide it isn’t worth the trouble?
Read more 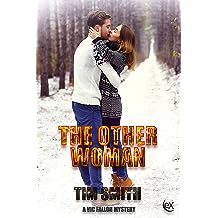 The Other Woman (Vic Fallon Book 4) Oct 5, 2018
by Tim Smith
( 4 )
$4.99
Former cop Vic Fallon only wanted to get home to Sandusky, Ohio in time for Christmas after completing his latest private eye assignment. A chance meeting in the Atlanta airport with a U. S. Senator from his hometown thrusts Vic into a murder investigation when the man turns up dead shortly after they speak. The unwanted case produces more questions than answers. Why did the Senator ask Vic to deliver a Christmas card for him rather than mailing it himself, and why does the recipient react with hostility when she finds out who it’s from? Why is the FBI looking at Vic up close and personal when he wasn’t involved in the killing? And why does a police detective from Atlanta show up in Sandusky, asking questions that have little to do with the murder investigation? Vic’s life becomes more complicated when the woman he delivered the card to is arrested after an accidental shooting, and he feels a responsibility to prove her innocence. Add the strain that the case places on Vic’s current romantic relationship, and it results in the holiday from Hell. Can Vic solve the multi-pronged mystery he’s found himself in the middle of and repair the damage to his love life? Or will the other woman cause a permanent rift?
Read more
Other Formats: Paperback 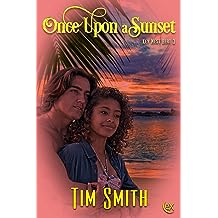 Once Upon a Sunset (Key West Heat Book 3) May 3, 2019
by Tim Smith
$1.99
Ted Allen left Key West five years ago to pursue a better job in another part of the country. He left behind a lifetime of wonderful memories. He also left Shakira Watson, the one woman who had carved out a prominent place in his heart. Now his career has brought him back to the tropical paradise, with hopes of rekindling what they had before. He thinks it’s fate, but will Shakira want anything to do with the carefree, fun-loving bachelor she remembers? Is Ted finally ready to commit to one woman?
Read more 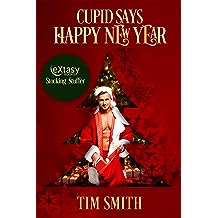 Cupid Says Happy New Year Dec 23, 2018
by Tim Smith
( 1 )
$1.99
Scott Burke and Lisa Berger were high school sweetheart wannabes once upon a time, but that was fifteen years ago. Sparks were rekindled when Lisa found herself stranded in Scott’s home base on Christmas Eve, and they realized that they never should have parted. Now it’s a week later, and they’ve made plans to spend New Year’s Eve together. Will the two lovers keep the flames burning, or will Lisa decide to return to her lucrative job in another state once the glow of the New Year begins to fade? Can Scott bring himself to make the ultimate commitment, or will he stand aside and lose her a second time?
Read more 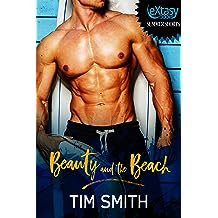 Beauty and the Beach Jul 15, 2018
by Tim Smith
( 1 )
$1.99
When supermodel Brandi Knox is hired for a tropical-themed magazine spread, she insists on having her favorite photographer, Justin Malone, do the job. He arranges the shoot on Sunset Key, near Key West. The two have been involved on and off for several years, in a friends-with-benefits situation. This time, their feelings for each other seem to have developed into something deeper. When the sun finally sets on their latest assignment, will they still be just friends, or something more?
Read more 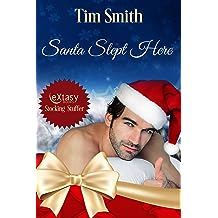 Santa Slept Here Dec 23, 2017
by Tim Smith
$1.99
Scott Burke wasn’t looking forward to spending his first Christmas alone after his divorce. His family was scattered over different parts of the country, his friends had plans, and he didn’t really want to partake of the annual community Christmas dinner with strangers. Add to that a general malaise he was feeling about a career that was going nowhere and you had all of the elements for a miserable holiday. A chance meeting with a former classmate on Christmas Eve changes things, when Scott runs into Lisa Berger, stranded on her way home due to a car breakdown. Can the two high school friends rekindle a flame that died out years ago, or will they say Auld Lang Syne when the holiday is over?
Read more 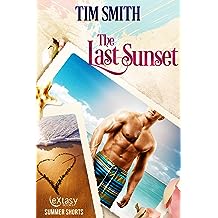 The Last Sunset (Key West Heat Book 1) Jul 23, 2017
by Tim Smith
( 1 )
$1.99
Tess Carter went to Key West after being abandoned at the altar, intending to let herself be washed out to sea. Her attempt at ending it all is thwarted by a rugged beachcomber she encounters who has a unique outlook on life. Is he on the level or hiding something sinister? Will Tess decide to give life and love another chance?
Read more 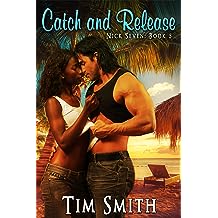 Catch and Release (Nick Seven Book 5) Sep 23, 2016
by Tim Smith
( 2 )
$4.99
Former CIA spies Nick Seven and Felicia Hagens decided to take a break from the Florida Keys to enjoy the white sands and cool waters of Virginia Beach. Their relaxation comes to an abrupt halt when Felicia recognizes the notorious Russian criminal named Festov. But Felicia killed Festov six years earlier in Amsterdam—or so she thought. This unexpected appearance reveals a terrifying conspiracy with global implications. Is it really Festov or someone made up to look like him? Can Felicia and Nick stop Festov and his partners before they hatch their deadly plan?
Read more 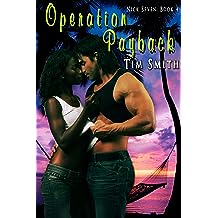 Operation Payback (Nick Seven Book 4) Dec 21, 2014
by Tim Smith
( 3 )
$5.99
Former CIA operative Nick Seven has worked hard to create a new life in the Florida Keys with his Barbadian lover, Felicia Hagens. Their life in paradise takes an unexpected turn when a double agent that Nick sent to prison is granted an early parole. Nick still remembers what Simon Larch said when he was sentenced: “Someday I’ll get you for this. You won’t know when or how. Just wait for it.” Larch is supposedly in another state, so who’s responsible for the ominous threats Nick receives, and how does Larch seem to know everything about Nick’s past? What kind of payback is he really planning?
Read more