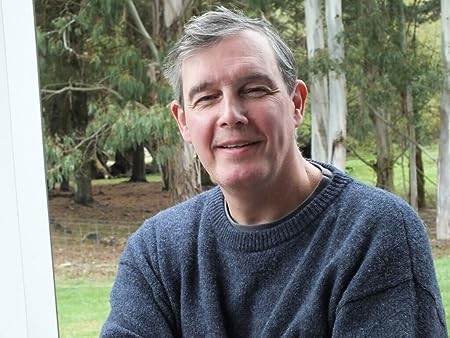 I am a fantasy author who lives in New Zealand within sight of the magnificent Southern Alps and surrounded by sheep, mountains and badly behaved rivers. I was born in the UK, but have lived in Hong Kong, the UK and now New Zealand. I am very familiar with the Richter Scale.

I started writing full time in 2013 and at the last count have self-published ten books.

Please feel free to get in touch if you have a question, or want to let me know that you enjoyed one of my books, and also to comment on any of the posts in the blog. 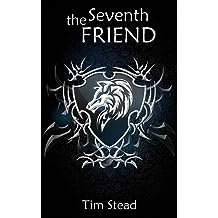 Hero. Monster. Saviour. Butcher. Madman. Recluse. Wolf Narak, the deadly and charismatic god of wolves, has earned all the names men give him, and since the climactic and bloody final battle of the Great War he has shunned the company of mortal men and withdrawn to his forest home. There he is troubled by dreams of blood and fire, tormented by memories of his own deeds.

But fate has not quite finished with the victor of Afael.

He receives an impossible message, and as he follows the trail a suspicion grows to a certainty within him. War is coming again, and Narak must leave his beloved wolves and once more take up his twin blades. Once again he must become the general of the six kingdoms, the terror of his enemies, a hero, a butcher, the bloodstained god.
Read more
Other Formats: Paperback 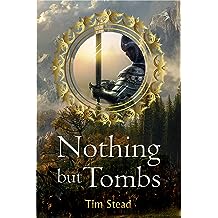 Nothing but Tombs (The Beggar's Ride Book 2) Jul 18, 2019
by Tim Stead
$3.99
Civil war explodes across Avilian. In Bas Erinor Cain's small army waits for Alwain's inevitable assault. The northern lords march south to Cain's aid, but even if they arrive in time there may not be enough food to feed them and the seige may be over almost as soon as it has begun.

In Afael Francis Gayne has the upper hand in the city, but Duke Kenton is marching south to claim the crown and Gayne is afraid to use his powers and expose himself to the god-mage's judgement.

In Col Boran the god-mage Pascha does her best to stay apart from it all, but war has a way of drawing people in and Callista, her protege, is not so afraid of her growing powers.

And in the small fishing town of Berrit Bay a stranger steps ashore from a foreign ship, and everything changes.
Read more
Other Formats: Paperback 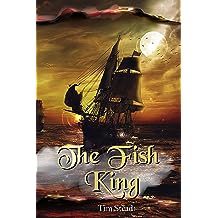 The Fish King (Derakwa Book 1) Feb 3, 2021
by Tim Stead
$3.99
Derakwa is a special place, a scattering of islands in the middle of the ocean. It is also the only place in the world that produces Black Dust, the substance from which all magic flows. That has made Derakwa rich. It has also made it a tempting target for any number of powers.

Kel is an penniless orphan. He's clever, ambitious and he knows he's going to be rich one day. But Kel is a Terakan, and on the archipelago of Derakwa that means he's an outsider.

He gets a job, makes friends, and by chance he wins a favour from a witch. He sees an opportunity to make a lot of money, but there are things that Kel doesn't know - important things.

Derakwa is ruled by The Judge, an ancient and wise woman, but the real power lies in the great trading houses and she must keep the balance between them. Yet the Judge knows, and Kel will discover, that the greatest power in the islands lies beneath the sea.
Read more
Other Formats: Paperback 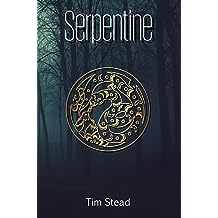 The Wolf God Narak has returned from self imposed exile and now dwells at Col Boran with Pascha, the Sparrow God and God Mage, but their isolation is another kind of exile, and Narak is restless.

Revolution rears its head in the Kingdom of Afael, trouble is threatening the neighbouring land of Avilian and the invincible Wolf finds that he cannot resist the call to arms once more. But the world has changed, and it becomes increasingly difficult for him to tell if he is serving the right cause or simply protecting the past from a future that he does not understand.

New powers and old are rising, and there are some things that even Narak cannot kill.
Read more
Other Formats: Paperback 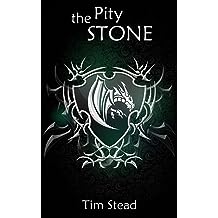 Narak walks into the frozen North, intent on saving those who wish to kill him. He seeks the Pity Stone and his quest will change him once again into something that he barely understands. He will do anything to save men from extinction, even if it costs a million lives.

Pascha lies in an enchanted sleep in Wolfguard but dreams of another place, learning the secrets of her power. She, too, will be changed forever.

The death-born warriors that she has unwittingly created struggle to come to terms with what they have become. Ancient magic is loose in the world once more, and the war is won, but with the dragons free again will that victory be lost in a final fiery apocalypse?
Read more
Other Formats: Paperback 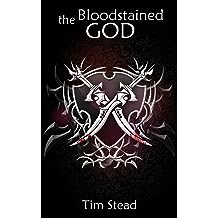 The West has fallen, but winter and the great wall at Fal Verdan protect the East.
Cain, the innkeeper general, is once again entrusted with the defence of a wall, but
this one he must first build, and he has only weeks to do it.

Narak finds a way to stop the Seth Yarra army, but at great personal cost. He
seeks help from the sixth kingdom which will come at a price he cannot accept. When he sleeps his dreams are filled with visions.

The metal headed assassin stalks the gods themselves. They have sought sanctuary in
Wolfguard, all but Pascha, who discovers that she is, perhaps, the greatest monster
of all.

And Wolfguard is not as safe as it seems.
Read more
Other Formats: Paperback 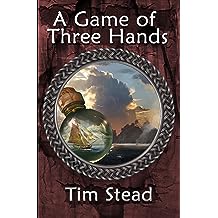 A Game of Three Hands (The Fourth Age of Shanakan Book 4) Feb 2, 2018
by Tim Stead
( 1 )
$2.99
A foreign sea captain is murdered at a Samaran inn. Two of his crew are stabbed to death in a back street. But the captain's ship is missing and there's a strange note hidden in the dead man's boot.

Sam Hekman, Samara's dour chief lawkeeper, thinks there's more to the case than meets the eye, so he dispatches his agents to backtrack the captain's trail, to find his ship and to discover just exactly what his last voyage was all about.

With a royal wedding in the offing he must find out if there is a threat to the Princess Calaine, or is it all just the shadow of a bigger plot?
Read more
Other Formats: Paperback 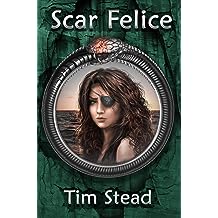 She lives with her parents, keeps her father's books, and wants little more. But her father sends her on a trading trip with her brother, and in the small port town of Yasu a terrible crime leaves her scarred and propels her on a quest for justice across half the world.

On her journey Felice will make friends and enemies, she will learn secrets that threaten her very existence and in a small northern town she will finally meet the man who has scarred her, and face a destiny quite different from the one she had imagined.
Read more
Other Formats: Paperback 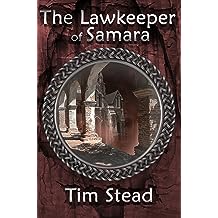 The Lawkeeper of Samara (The Fourth Age of Shanakan Book 2) Jul 5, 2015
by Tim Stead
( 5 )
$2.99
Samara is the greatest city in the world, recently freed from tyrannical rule it now has a city council and laws, and one man to keep them. Sam is trying to build a force of law keepers, but he stumbles across a terrible crime, and the more he learns the more it seems that magic is involved, the dead are piled high, and it's been going on for decades.

He knows he's out of his depth, but the law is the law, and Sam is going to enforce it, even if it kills him.
Read more
Other Formats: Paperback 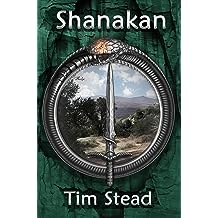 Shanakan (The Fourth Age of Shanakan Book 1) Mar 30, 2015
by Tim Stead
( 6 )
$2.99
Shanakan is a land in decline, ruled by the brutal, inhuman Faer Karan. It is rife with banditry, the population is falling the cities are shrinking and the spectre of starvation looms.
A young man walks out of the untamed western lands into the heart of Shanakan. He is Cal Serhan, clever, talented, but barely more than a boy. His fate is inextricably tied to that of the Faer Karan. He is sent to be their enemy, but Cal will yield neither to the hatred that sent him, nor to the terror that awaits him.
To the people of the land he will become the bringer of law and justice. To the Shan he will be the herald of the fourth age, and to the Faer Karan he will be a tool that will serve their dark purpose, or die.
Can Cal resist the tides of history, fate and political intrigue that surround him to carve his own path, or will he lose himself in the roles that others desire him to play?
Can he even survive long enough to make the choice?
Read more
Other Formats: Paperback