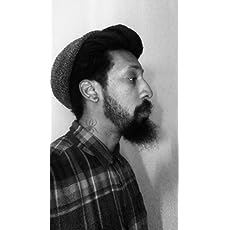 Tim Storrs is a new American author of various styles of fiction, and poetry. Storrs is non traditional in his writing and chooses to write in many different styles and formats, even using illustrations to accompany his writing.
Much of Storr's writing is completely unedited and includes errors and spelling mistakes. The imperfection of his writing is where he found the most authenticity. And what makes his books a work of art rather then only a literary work. The concept being, that literary art should be allowed the same freedom to be abstract free flowing and imperfect as any other art form is.
Tim Storrs was born in Rochester, N.Y. Moved and lived in New York City, and Paris France. His first book, "Ripped Pages the unedited writing of Tim Storrs" was released in March 2018. Ripped Pages is a raw and unabridged and unedited short collection of thought in the form of poetry, short stories, quotes and a one act play. Storrs's goal was to have a book of pure free flowing first ideas and thoughts, rather then perfected manipulated words. Storrs was quoted and said. "Artistically, the first idea is the most pure form of art. It is what you impulsively wanted to create before you begin to worry how people will interpret and perceive your work". He wanted to to do something original which is difficult it the literary world, so he chose to write without structure or rules. And by doing that he achieved a original work.
Originally, ripped pages was meant to fully illustrated. However, unfortunately due to publishing artwork censorship restrictions. Storrs had to omit the illustrations, due to the violent and controversial images of drug use and sex which accompany the gritty pulp short stories in the book.
Even the digital cover had to be edited due to images of drug abuse and nudity. However, the paperback cover of Ripped Pages remained uncensored and even though listed under the adult section was the more popular version of the two.
Much of Storrs writing, is about the experience of living and the purpose of life. He explores the ironies of life the humorous as well as the harsh.
Using poetry and short stories, he reflects on the nature of people and life and explores subjects such as prejudice, morality, happenstance, death, purpose and the fragile human ego. Storrs's poetry is often reflective how the internet, as well new technology as a whole has changed the culture and collective consciousness of society. Also how the culture itself affects the human psyche and mental condition.The concept of time is also a reoccurring theme in his published poetry.
Storrs has recently released a graphic collection of pulp fiction stories and poems accompanied with some of his own snap shot personal photography, titled "Unclassified Illustrated Anthology".

Tim Storrs has been reported be releasing a photo diary of his life during the month of October. Titled "31 DAYS IN OCTOBER (a photo diary) November 29th 2019.
Also Storrs is slated to release STASH (quarter stories) which is a collection of illustrated short action fiction stories release date TBA.
It has been reported by Storrs himself, that he and his Daughter Nina Simone Storrs are scheduled to release a children's book series titles "The Adventures of BiBi and Spot" Late 2019 early 2020 (exact release date TBA).

If you would like to keep up to date with the authors release dates much of his advertising and updates are made via his instagram page.
Instagram: Tim Storrs
Read more 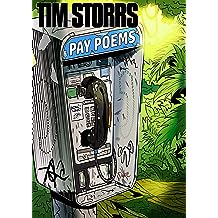 PAY POEMS: ebook version May 7, 2020
by Tim Storrs
( 1 )
$20.00
PAY POEMS
is the next a edition of the STORRS LITERARY MIXTAPE SERIES
24 unedited unabridged poems by author Tim Storrs.
PAYPOEMS was inspired by the evolution of the telephone.
The poems were written between April 1st 2020 to May 9th 2020.
Prior to the worldwide viral pandemic the book was finished
But was thrown out by the Author and restarted on April 1st. Many poems retaining the original title 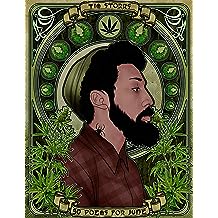 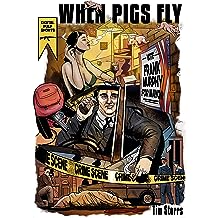 WHEN PIGS FLY: A short about a family May 25, 2020
by Tim Storrs , Tim Storrs
( 1 )
$8.99
Frank Murphy is an overweight, alcoholic, chain smoking commander in the police force, with aspirations in politics.
He is corrupt racist and a serial adulterer. However he is also a hard working ambitious man and great provider for his family.

The story opens amid a recent scandal that caused public embarrassment for Murphy family. In this short story we explore the consequences this scandal has on his son his wife and Frank himself. Written in first person we see the perspectives of all the characters from their own point of view

Connor - (Franks son),Linda - (Franks wife), Samantha - (Franks drug addicted prostitute mistress) & Frank Murphy himself. This short story is a social commentary, as well as an exciting page turning modern pulp story.
Reminiscent of pulp paperbacks in the 1940-1960's, yet with a contemporary spin.

Tim Storrs displays his mastery of the short story with his ability to tell a complete, satisfying and multidimensional story in very few words. Because of the authors conservative and precise use of words and story telling. Storrs paints a very clear picture which immerses the reader into the lives of each characters lives and psyche. At the end of the book you are yearning for more, but the ends of the story meet in such a complete circle.

The questions while reading are answered so definitive. There is a satisfaction in the ending.
Read more 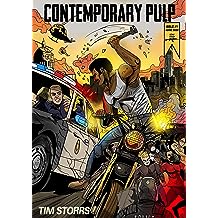 PULPAGANDA: Contemporary pulp issue 1 Jun 17, 2020
by Tim Storrs
$9.99
CONTEMPORARY PULP
"PULPAGANDA" a new genre created by Tim Storrs
Will be a continuing digital series that will serve as a fictional, yet reflective social commentary on society. This is the first issue of this series.
Created in the mist of the worldwide covid-19 pandemic, quarantine, as well as the nationwide reaction of the untimely murder of George Floyd, (an unarmed black man committed on camera by the Minneapolis P.D. on camera.) Author Tim Storrs was inspired to create a fictional series mirroring society. Radical and unconventional He is quoted as saying this in regards to creating Contemporary pulp,

"I am a contemporary writer.
Everything that happens in society inspires me to write, I write within in the rules of life which I can't control. What I mean is, I don't rewrite or edit because I can't relive yesterday... or five minutes ago. The news headlines and the public interest changes with the seasons. So a fictional literary reflection of the current and contemporary just came natural. Rather than hesitate, created it and pushed it to the front of the line my projects. I enjoy working in the now and giving people my work in the raw as close to real time as I can manage independently publishing wise.". 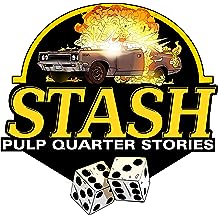 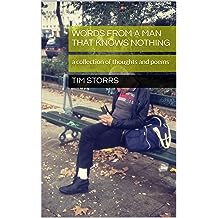 words from a man that knows nothing: a collection of thoughts and poems Jun 29, 2018
by Tim Storrs
$9.99
A collection of poems
Read more
Other Formats: Paperback 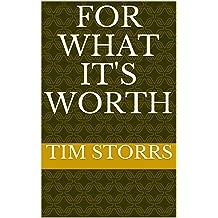 FOR WHAT IT'S WORTH Jul 19, 2020
by Tim Storrs
$7.00
FOR WHAT IT'S WORTH
Was published in "UNCLASSIFIED ILLUSTRATED ANTHOLOGY" in 2019. This is what I like to call a "practice story" I wrote this short in 2019 in about one hour. I enjoy writing in this fashion. I get enjoyment from the creativity and rawness of writing a complete story that is not over thought edited and constructed. I write short stories constantly usually on scrap sheets of paper by had, as I did this one. However I took the scrap sheet and typed it into my computer. This is a short story about the happenstance in a man's life from his perspective. It is a story of family and a story of enduring. Thanks.
Read more 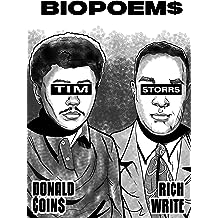 Biography Poems: ri¢h wright & donald ¢oin$ (RIchard Wright & Donald Goines) May 22, 2020
by Tim Storrs
$7.99
Biography poems are two multi page poems. Originally slated to appear in the first release of pay poems. However after author Tim Storrs decided to scrap all of the selected poems and rewrite all new ones subsequently, these two were omitted.
Rich Wright and Donald Coins are two poems about two different authors (Richard Wright and Donald Goines) who both had an influence on his (Tim Storrs) writing.
In a poetic form Storrs gives a poetic biography of each authors life and why they inspired him. Much in the style of his ode to jazz musician (Miles Davis) in the poem MILE$ DAVI$ which is in PAYPOEMS.
Entertaining and educational and insightful and as always original.
Read more 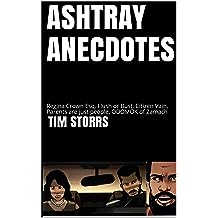 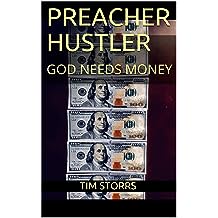 Preacher Hustler: GOD NEEDS MONEY Sep 29, 2018
by Tim Storrs
$9.99
Preacher Hustler is a satire, series and a observation about the relationship between religion and money, and the business that is religion. Are we all meant to be prosperous in the eyes of God? Do we have to pay for our salvation?
Don't hate the player hate the game is what they say... every man needs to make a dollar right? Are you hustling someone if they paying for something they want to buy and believe that thing they are buying is priceless.
Read more 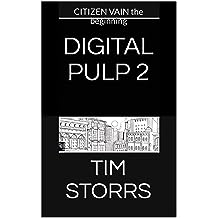 DIGITAL PULP 2: CITIZEN VAIN the beginning Sep 21, 2018
by Tim Storrs
$7.77
CITIZEN VAIN is the second edition of Tim Storrs's digital pulp series which is a modern spin on pulp fiction paperbacks. This story is more of a social commentary made to create discussion.
And it is also a introduction to our heroine super hero Citizen Vain and what led her to become a hero.
Veronica Vain is a internet celebrity that challenges, her own fanfare.
Is it better to be loved for something shallow?
Or to never have been loved at all?
How does a super hero's life begin?
What are the events that changes someone to make change fight crime and justice? 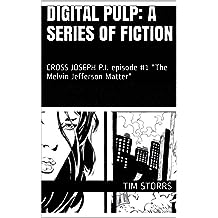