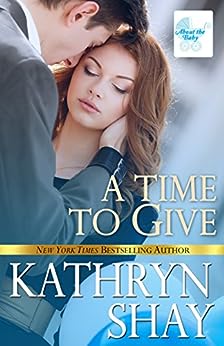 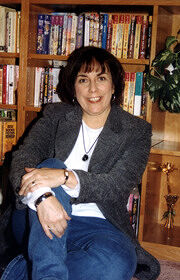 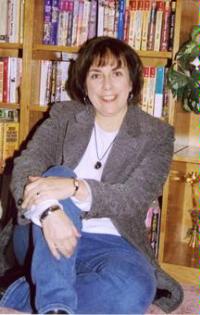 A Time to Give (About the Baby Book 1) Kindle Edition

by Kathryn Shay (Author) Format: Kindle Edition
Book 1 of 3: About the Baby
See all formats and editions
Sorry, there was a problem loading this page. Try again.
What does an unexpected baby bring? A marriage of convenience? A reconciliation? A rejection like no other? NEW YORK TIMES bestselling author Kathryn Shay delivers an emotional series, About the Baby, filled with sizzling romance, heartfelt pregnancy and baby scenes, and a unique look at the healing power of forgiveness.

In a TIME TO GIVE, Ben Cassidy has lost everything. A former CEO of a company he built and benefactor of a soup kitchen he started, he was tricked by an unethical vulture capitalist who cheated him out of everything. Ben hit the skids, but now is trying to get his act together. He allows himself to go to the soup kitchen as a guest once a week because it’s the single thing left of his accomplishments.

Emily is a volunteer at the soup kitchen and attracted to Ben from day one. But she suppresses her feelings because he’s a guest. For months, she keeps her distance but one night, when she gives him a ride home, they end up in bed together.

That one encounter changes everything between them until Ben learns two things: she’s the daughter of the man who destroyed him. And she’s also pregnant.

Follow these two people in their struggle to accept each other, their circumstances and the deep attraction they share. Poignant scenes involving all the characters reveal how difficult it is to repair broken promises and unrealized dreams.

If you like stories about secret babies, reunion of lost loves, and wounded heroes, follow the full series, which can be read in any order: A TIME TO GIVE, Book 1, JUST ONE NIGHT, Book 2, BE MY BABIES, Book 3.

*Originally published in 2005, this book has been revised, updated and modernized.

Reader praise:
“Writers like Kathryn Shay are the reason why I buy romances. She has the unique talent of inviting a reader to get lost in the pages of her stories. One of the things that always draws me to any Kathryn Shay's books is the fact that her characters always feel real.”

“The dynamic of Emily being torn between her father and husband gives depth to an already well-written love story.”

“A TIME TO GIVE has all the stuff of a delicious Christmas love story.”
Read more
Previous page
Next page

Limited-Time Offer
Join Audible Premium Plus for 60% off. Get this deal
Next 3 for you in this series See full series
Total Price: $14.97
Books In This Series (3 Books)
Complete Series
About the Baby
Kindle Edition
Page 1 of 1Start OverPage 1 of 1
Previous page
Next page

Dawn M
5.0 out of 5 stars Image you suddenly found family, love that you never knew.
Reviewed in the United States 🇺🇸 on September 16, 2022
Verified Purchase
All your life was a made up like, and suddenly you find love and also a family you never knew existed. This story develops emotions and trauma that could destroy your beliefs.
Read more
Helpful
Report abuse

Gitterich
5.0 out of 5 stars Kathrin Shay is an excellent author
Reviewed in the United States 🇺🇸 on August 3, 2022
Verified Purchase
This book is one in a series of 3. Kathryn Shay has a way of writing a story, where the reader she feels like she is right in the middle. This story is one of those “I can’t put it down”, and before you know it, you are so involved, that it is midnight and you better quit reading. Now if I only could get book #2 in the Baby series. I was unable to find the download, other than just a sample! Regrettably, I had to move on and pick another book from my Library.
Read more
Helpful
Report abuse

Kindle Customer
4.0 out of 5 stars Good story
Reviewed in the United States 🇺🇸 on June 21, 2022
Verified Purchase
A volunteer and a guest meeting at a soup kitchen and then get together? It happened.

Beautiful emotional and a rollercoaster of a ride with this story.

Would recommend this book. Not at all spicy if you are looking for that.
Read more
Helpful
Report abuse

Lwalk
5.0 out of 5 stars wonderful romantic read
Reviewed in the United States 🇺🇸 on July 5, 2022
Verified Purchase
This author has a way of telling a story that draws you in to all the emotions. She even managed to redeem a seemingly unredeemable person in a believable way. Loved this story. Only 2 sex scenes, not too graphic and easy to skip over if you don’t want to read them. Clean language only a couple swear words. But still gritty. Great balance.
Read more
Helpful
Report abuse

Red Velvet
5.0 out of 5 stars Ends as a Christmas Miracle Story
Reviewed in the United States 🇺🇸 on July 18, 2022
Verified Purchase
Life was very complicated for all of the characters in this book. These complications meant that learning to trust and allow love to bloom didn’t come easily. Lots of twists and turns getting to the happily ever after.
Read more
Helpful
Report abuse

Joan H Rossiter
5.0 out of 5 stars A Time to Appreciate
Reviewed in the United States 🇺🇸 on July 24, 2022
Verified Purchase
What an unqualified story.. could put it down and was thrilled with the ending… the past stayed there, and a family was reunited!
Read more
Helpful
Report abuse

C. Condon
5.0 out of 5 stars Redemption Story
Reviewed in the United States 🇺🇸 on June 28, 2022
Verified Purchase
Wow! Interesting concept. He emotionally/spiritually crashes and burns when his company is stolen from him by a ruthless businessman. His one remaining piece of good is the food kitchen he created. Eating/volunteering there he meets an awesome woman … not knowing she is the daughter of the horrific businessman. Great setup. Great story of redemption.
Read more
Helpful
Report abuse

Linda Birmingham
5.0 out of 5 stars great book
Reviewed in the United States 🇺🇸 on July 16, 2022
Verified Purchase
Loved this book. Really special story about how important family is. To forgive is a gift you give to yourself.
Read more
Helpful
Report abuse
See all reviews

May Canterbury
5.0 out of 5 stars Just aah
Reviewed in the United Kingdom 🇬🇧 on October 11, 2022
Verified Purchase
Emily and Ben have an unusual meeting where both are under a different identity. Ben finds it hard to trust Emily when he discovers who she is but eventually he is able to give her everything she needs. Emily loves Ben but is pulled in two directions. She does not deserve the way she is treated but her good heart wins out. The story ends at Christmas on a beautiful note.
Read more
Report abuse

Kindle Customer
5.0 out of 5 stars Hate is a powerful emotion.
Reviewed in the United Kingdom 🇬🇧 on September 7, 2017
Verified Purchase
Emily has a powerful father who takes over businesses by foul means selling it off sacking employees. One such example is a business opportunity that he took over by fraudulent activities. This storyline has two opposite meeting unbelievable how they spend time not knowing each other past of family involvement. Anger trust issues fight their love but true happiness strong feelings prevails bringing a happy new begining. Well written
Read more
Report abuse

Limousinlass.
4.0 out of 5 stars An Enjoyable Read
Reviewed in the United Kingdom 🇬🇧 on June 29, 2022
Verified Purchase
I thoroughly enjoyed this book, well written great characters and a good storyline. Download, read and enjoy. I certainly did!
Read more
Report abuse

Pip
3.0 out of 5 stars I like this author
Reviewed in the United Kingdom 🇬🇧 on May 7, 2017
Verified Purchase
A great opening to establish the hero and heroine's characters. I found the father a bit too evil and the hero's bitterness too overwhelming. The happy ending concluded more easily than I expected. I have enjoyed a number of books by this writer.
Read more
Report abuse

L beaver
3.0 out of 5 stars A light read
Reviewed in the United Kingdom 🇬🇧 on March 24, 2017
Verified Purchase
There isn't anything startling in this story, it's just s nice read.I wanted Emily to be a bit stronger when Ben was being horrible to her and instead she was always forgiving him.
Read more
Report abuse
See all reviews
Report an issue
Does this item contain inappropriate content?
Report
Do you believe that this item violates a copyright?
Report
Does this item contain quality or formatting issues?
Report