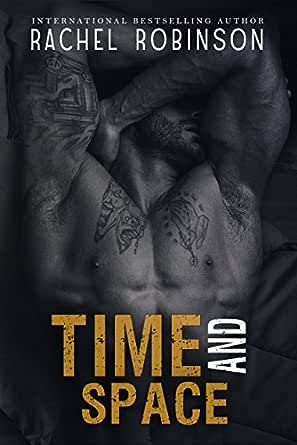 You've subscribed to CRAZY GOOD SEALS! We will preorder your items within 24 hours of when they become available. When new books are released, we'll charge your default payment method for the lowest price available during the pre-order period.
Update your device or payment method, cancel individual pre-orders or your subscription at
Your Memberships & Subscriptions
There was an error. We were unable to process your subscription due to an error. Please refresh and try again. 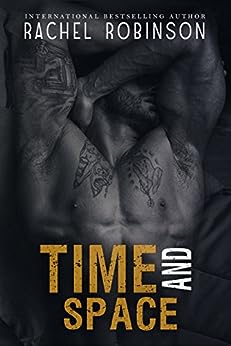 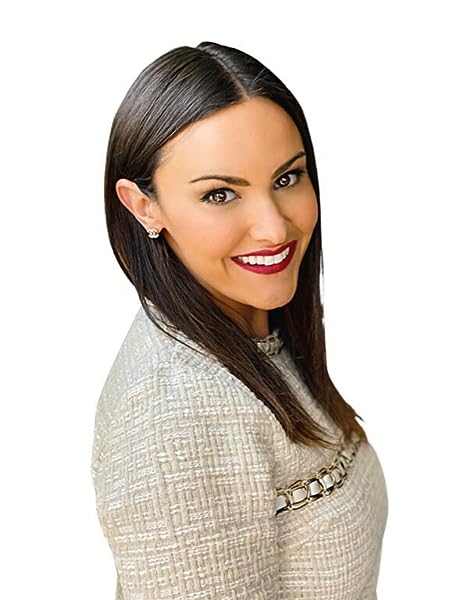 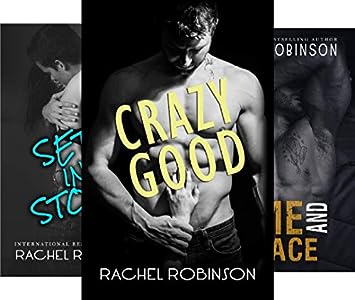 4.3 out of 5 stars
4.3 out of 5
78 global ratings
How are ratings calculated?
To calculate the overall star rating and percentage breakdown by star, we don’t use a simple average. Instead, our system considers things like how recent a review is and if the reviewer bought the item on Amazon. It also analyzes reviews to verify trustworthiness.

Synopsis:
Several men did Navy SEAL Cody Ridge DIRTY.
Not only did they take his career and his fiancée, they stole everything but his life, and he barely escaped with that.
Cody is back.
As the boss of Ridge Contracting, his life is a blur of adrenaline and endless hours of work. Thriving and successful, he has never forgotten what was taken or who is to blame. His scars run as deep as the hatred in his heart.
Everything Cody lost will be his again. At any cost.
Lainey Rosemont can decorate anything. Your drab bedroom? She’s got it. A rundown shack in the middle of N.Y.C.? Lainey is the woman for the job. Unfortunately her past love life isn’t something she can Feng shui.
She has moved on from her relationship with Cody. It was over--literally buried in the ground. When he comes spiraling back into her life she’s not sure where their limits lie. With her nuptials to the swoony, heartthrob, Navy SEAL, Dax Redding fast approaching Lainey has decisions to make and a past of sinister secrets to confront.
Time changes everything and space apart turns lovers into strangers.
The only thing standing between happily ever after and fate is revenge.

My review:
This book again was very difficult to read for me. It made me uncomfortable, and I found myself just very frustrated with Lainey. I understand that she loved both men, but the back and forth and the indecisiveness, and when something happened she would go right back to her safe zone just made me really dislike her. My heart honestly just bled for Cody. He went through hell and back and he was just led around, and hurt over and over again.

I will still read ANYTHING Rachel Robinson writes, this one was just not my favorite!
Read more
8 people found this helpful
Helpful
Report abuse

Rose D. B.
5.0 out of 5 stars Wow!!
Reviewed in the United States on May 10, 2017
Verified Purchase
Absolutely amazing journey! So many times I could not figure out how this story could get resolved. Twists, turns, roller coasters, emotions, and ultimately love conquers all. So much happens, so much heartache, so much longing. And hot hot hot!! Pretty amazing final chapter too! Definitely an author I'll want to read again!
Read more
One person found this helpful
Helpful
Report abuse

eBook Addict
2.0 out of 5 stars Disappointed - definitely not her best work.
Reviewed in the United States on April 3, 2016
Verified Purchase
I loved a previous novel, "Crazy Good", by this author. It started out a bit slow but came home with a slamming twist and excellent character development. Unfortunately, this isn't the case with "Time and Space". I found the story was slow, even a bit 'clunky' and the relationships between the characters just didn't inspire the extreme connection we are told they share.

The dialogue was often stilted and didn't progress the story. Many of the character's actions seemed forced or irrational. I just couldn't find it in me to care about any of them or their love triangle. Returned for refund.
Read more
6 people found this helpful
Helpful
Report abuse

Chawsey
5.0 out of 5 stars Wonderful
Reviewed in the United States on October 2, 2017
Verified Purchase
I loved everything about this book. It is hard to surprise me with plot twists, but I can honestly say I never knew what was coming as I turned the pages. I loved the mystery and danger this book offered and I hope that I see it in more of Rachel Robinson's books. For now I need to lock up my kindle, because this series literally stole two weeks of my life because I couldn't put it down. I'm laughing now because I know what my friends, who I've recommended this series to, are about to endure.
Read more
Helpful
Report abuse

Rae O
5.0 out of 5 stars I couldn't stop reading this book!
Reviewed in the United States on January 21, 2016
Verified Purchase
I couldn't stop reading this book! I have read Rachel Robinson's other two books. I wasn't sure where she was going to go with this one. Wow, what a wild ride she took us on. My heart was breaking for Cody from the first page. The depth of love that he had for Lainey was indescribable. It was what cursed him and yet saved him. I felt Lainey's confusion and inner struggle when Cody basically "came back from the dead". It wasn't enough that Cody survived. He and Lainey had to go through so much more to find their way back to each other. Loved it!
Read more
Helpful
Report abuse

brandi pitre
5.0 out of 5 stars Loved it!
Reviewed in the United States on December 26, 2019
Verified Purchase
This book is the perfect second chance after going through hell. I love Lainey and Cody! This books has everything, suspense, loyalty, heartbreak and a happy ending.
Read more
Helpful
Report abuse

nerdybookgirl
4.0 out of 5 stars This book will keep you guessing!
Reviewed in the United States on February 4, 2016
Verified Purchase
It took me a bit to actually start this, but once I did I couldn't put it down.
What do you do when the love of your life comes back from the dead and you're engaged to another man?
Time and space changes everything for Lainey and Cody, but their love for each other.
Read more
2 people found this helpful
Helpful
Report abuse

Debedoo
5.0 out of 5 stars Just awesomeness
Reviewed in the United States on June 27, 2016
Verified Purchase
What a riveting story!! I loved every minutes of it! Although tearful at times but a lot of action and great sex!! I loved how she let the main woman character be sexy hot and ask what she wanted and not be embarrassed about what she wanted sexually, that was hot lol but thank you for an awesome book and even better series!!
Read more
Helpful
Report abuse
See all reviews

Amazon Customer
3.0 out of 5 stars Reasonable story
Reviewed in the United Kingdom on February 1, 2016
Verified Purchase
I really wanted to love this. But I didn't. So many high reviews. Yet I was disturbed by codys behaviour to baddies. I feel he crossed the line no matter his intentions. The goodies obey the Geneva convention, the baddies don't. If goodies disregard the Geneva convention, they are no better than baddies. Lainey. She wanted her cake and eat it. If she loved cody, she should have broken up with dax immediately, not keeping both on a string. I've read 2 others by author and I don't remember the writing being so bad. Where was the accredited editor? Numerous typos and inconsistencies. Gave up counting by 1st quarter as there were loads. Cody POW over 3.5 yrs. Released 1 yr ago. Makes 4.5 yrs since he disappeared, not 3. As book full of angst, which is my pet hate, maybe that explains why I didn't like it. Spoiler. Blurb doesn't say love triangle to me. If I'd realised that, and maybe checked low reviews, I more than likely wouldn't have bought it. BTW author's description, "his wet pink lips" was a turn off for me. Yuck.
Read more
Report abuse

Kindle Customer
5.0 out of 5 stars Fabulous
Reviewed in the United Kingdom on July 19, 2017
Verified Purchase
This book was fabulous, I ran a gamut of emotions reading this book. I would highly recommend you read this book, but read the other two books in the series first as I did so you realise the connections with the other characters in this book. This author is fabulous
Read more
Report abuse

Linda Macfarlane
5.0 out of 5 stars Time and space
Reviewed in the United Kingdom on May 13, 2017
Verified Purchase
Wow really loved this book could not put it down. Glad she picked the right man in the end had me in tears in parts of the book. Shame it ended up he couldn't have children. Look forward to reading more from this author.
Read more
Report abuse

Book worm
2.0 out of 5 stars 2 stars
Reviewed in Australia on May 20, 2017
Verified Purchase
I don't know where to start with this one. so here goes this is my first book by Rachel Robinson. This is a love story wait a love triangle Cody, the Seal who disappeared on a mission only to re appear 3 years later while his then fiancee Lainey has moved on with her life with Dax. Cody and Lainey have a history.. Lainey’s dilemma, drags out quite a lot. and the last few chapters where Lainey past comes back to I guess haunt her.
was lets say different.
I.
Read more
Report abuse
See all reviews