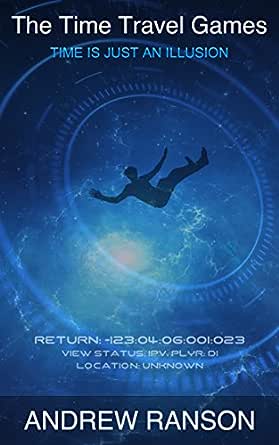 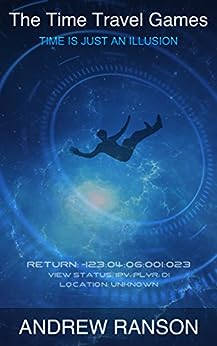 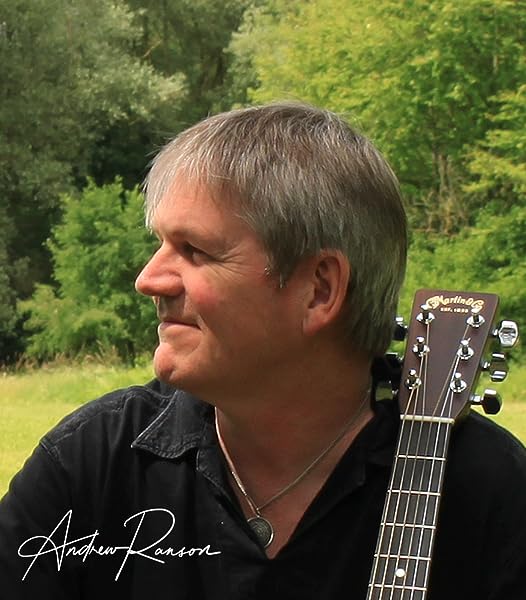 3.7 out of 5 stars
3.7 out of 5
19 global ratings
How are ratings calculated?
To calculate the overall star rating and percentage breakdown by star, we don’t use a simple average. Instead, our system considers things like how recent a review is and if the reviewer bought the item on Amazon. It also analyzes reviews to verify trustworthiness.
Top reviews

Isabelle
5.0 out of 5 stars A surprising, great story and different to what I expected
Reviewed in the United States on September 18, 2017
Verified Purchase
I thought this would be a story about a journey through time to the Romans but that was just a part of something much bigger. Just when I thought I had it figured out, something turned up (and kept coming back) that stopped me putting the book down. It was exciting right through to the end and that too was a real twist. Some parts he put in about time travel really started to make me think things like deja vue. This is his second book and I have already recommended it to my friends.
Read more
Helpful
Report abuse

Michaela
5.0 out of 5 stars exciting story, great read
Reviewed in the United States on August 28, 2017
Verified Purchase
This is an exciting story with a lot of changes. There was something in it that kept me reading and the end was a big surprise. Some parts were a bit technical but the author explains it really well and it made me think a lot about what time is. Very good book I can recommend.
Read more
One person found this helpful
Helpful
Report abuse

Clive
3.0 out of 5 stars COULD HAVE BEEN SO MUCH BETTER
Reviewed in the United Kingdom on February 10, 2018
Verified Purchase
Oh dear, this book could have been so, so much better. This is one of those very low cost Amazon offerings (free in this case) intended to allow new authors to showcase their talents in the hope of the subsequent books making money. Investing the time to read these novels is always a gamble but don't be elitist as some of them are, actually, pretty good; you just never know. In this case, when I was 20% of the way through, I thought that I might have stumbled upon one of those gems, spotting a rising star right at the beginning of his career. That was at 20%.

The concept of combining time travel with a dystopian future where the privileged elite hold gladiatorial games to keep the masses pacified is far from new; Hunger Games and Looper being just two of Hollywood's cinematic offering of late, and the success of the novel depends upon drawing the reader into that world. The first problem is explaining how time travel works to the reader and Andrew Ranson does that better than I've ever seen before. Making any sense at all from the latest theories on quantum mechanics and string theory is such a mind blowing task that scientists and physicists currently reckon that "if you think that you understand quantum theory, then you're not thinking hard enough". The late, great, Michael Crichton was a master of studying the science and then taking reality just that one step into fiction (his take on time travel was similar but slightly different) and Andrew Ranson uses this approach brilliantly to the point that, as a reader, I actually believed that I understood most of how time travel works. So, at 20%, I was pretty impressed.

At 40%, some jarring elements had crept in, but I was trying to push those to one side and give the benefit of the doubt even as the main problem with this book became evident. Andrew Ranson suffers from that most fatal of all maladies for an author; lack of imagination. Although the plot hops about in time, it's mainly set 750 years into our future, but Mr Ranson doesn't seem able to imagine what life might be like then. So our future folk drive fossil fueled cars, with conventional doors, have mechanical door locks and lifts that are only different in being that bit faster and they have conventional weapons of the guns and explosives that we have today (actually, not even that advanced). Andrew Ranson simply takes 'today' and tells us that it's now set in the year 2750.

The historical stuff is OK, if a little naive, but the ability of the time-transported players to alter the course of history is a bit stretched, especially the sections on Roman history. Again, I was hoping for some explanation of how these modern day folk managed to discourse so fluently in medieval French, classical Roman Latin etc but no such matter was considered. About this far into the book it was also apparent that nothing at all seems to have happened between now and 2750,, resulting in the people of the future being obsessed with events in our time era. This was a wonderful opportunity for Mr Ranson to invent a 'cyber war' of 2250 that he could send players to, or some such, but it doesn't happen.

About 70% of the way through, the next problem becomes clear. The main hero seems to have the ability to simply turn up in a time/place and tell people what to do and they just do it, unquestioningly. About this point, a token love interest is thrown in, possibly because there haven't been any real female characters in here yet. This is farcical as they are both told, by a man from the future, that they will become man and wife and, from that point onwards, both parties seem to adopt an approach of "OK, let's just get on with being a romantic couple then". The writing style itself gets a bit jerky too, as though Andrew can't decide when to put in a lot of detail and when to skip unimportant sections. For instance, on entering a building, the characters need to get to an upper floor, where the action will take place and, where most authors would have covered that in one line, Mr Ranson goes into minute detail of "..she pressed the button for the top floor. The lift rose quickly until the doors slid open ...".

The fight scenes are extremely disappointing. For example, when faced with an adversary equipped with camouflage that renders them invisible (the one and only concession that things might be different in the future), despite our current technology of IR sensors, heat detectors, motion sensors etc, the best that our hero can do is spread paper and sugar on the floor. This more like 'Home Alone' than 'Minority Report'. And what is the most advanced weapon that our heroes can bring to their defense - a plastic explosive called 'super HE'.

At some point, a new character arrives with a name that is supposed to aid a stunning revelation at the end but, once gain, a failure of imagination makes this almost comically obvious from the instant that the reader sees the name. Mr Ranson should read a bit more Jeffery Deaver before trying to be cunningly deceptive.

And, eventually, the end arrives. From about 75%, the reader has been teased with a stunningly surprising revelation at the end but, of course, it turns out to be exactly what most readers would have guessed long before. Even more disappointingly, the 'surprise' ending would rely upon major changes in the main character which are just not supported throughout the story.

So how could this book start so well and them descend into unimaginative drivel? It feels as though the first part of the book, the science bit, was written by a mature adult and the latter part of the book by an adolescent boy. Yet Andrew Ranson is, in fact, a middle-aged man. Perhaps the explanation lies in what Mr Ranson did before embarking on a writing career; he was a computer programmer and IT guy, working on the cutting edge of computer programming. Or, put another way, just the sort of guy to understand string theory and keep up with at least some of the mind bending of quantum mechanics. The sort of analytical mind that can very clearly sort out and express facts but can't extrapolate them. Can't think forward. For many years, governments such as that of the USA have engaged with 'imagineers', largely drawn from the ScyFi world, to express what they think the future holds. That's because it's these folk, with vivid imaginations, that get it right surprisingly more frequently than the scientists. I don't think that Andrew Ranson will be invited to join the 'imagineers' any time soon. If I've interpreted Mr Ranson's character incorrectly, then I'm sorry and I apologize; having an anonymous stranger express an opinion that you lack imagination is not fun. I intend no cruelty in that comment, I just hope that Andrew Ranson continues and improves.

Given that I've just spent a lot of time damning this book, you may wonder why I still gave it a three star, 'OK' rating. Well, I paid nothing for this book and it did, to a degree, entertain me. It wasn't terrible and, indeed, I've read far worse works for which I've paid good money. I also think that Andrew Ranson's work is capable of improvement if he has the confidence to really flex his imagination. I suspect that, like me, Mr Ranson has read a lot about history, including the battles and time zones cited in this book and it seems clear that he had no problem in imagining what it would have really been like to be at Agincourt (actually Azincourt) or on Omaha Beach or the Teutoburg Forrest or Waterloo. So all he needs to do now is use that imagination to think himself into places that others haven't already described in great detail. But I'm afraid that there will have to be some considerable improvement before I invest my time in another of Mr Ranson's novels.

Quinn Agathoni
3.0 out of 5 stars Worth reading if you like that sort of thing.
Reviewed in the United Kingdom on March 25, 2018
Verified Purchase
It's a good story but sadly spoiled by too much exposition. The central character, Ben Johnson is well drawn but too many of the others are two-dimensional. The society in which Ben lives is sketched artistically so we can imagine living in that era, although sadly, the time-travel games themselves are not unlike the Hunger Games.

All that said, I love the concept. It's worth reading.
Read more
One person found this helpful
Report abuse

Mr. D. J. WENZEL
3.0 out of 5 stars Good ideas but poorly resolved
Reviewed in the United Kingdom on February 3, 2018
Verified Purchase
Started well, with some clever ideas, but became very confusing around two-thirds in, and the end felt a little bit of a cheat. Some editing and this could have been an excellent short story.
Read more
Report abuse

Roger
5.0 out of 5 stars Gripping read
Reviewed in the United Kingdom on May 1, 2018
Verified Purchase
A very interesting book which takes the idea of time travel in a novel direction, literally. Some clever ideas which are well developed and a strong story line.
Read more
Report abuse
See all reviews