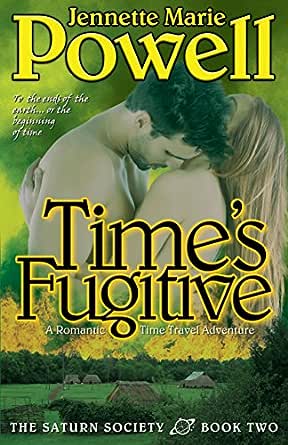 You've subscribed to Saturn Society! We will preorder your items within 24 hours of when they become available. When new books are released, we'll charge your default payment method for the lowest price available during the pre-order period.
Update your device or payment method, cancel individual pre-orders or your subscription at
Your Memberships & Subscriptions
There was an error. We were unable to process your subscription due to an error. Please refresh and try again. 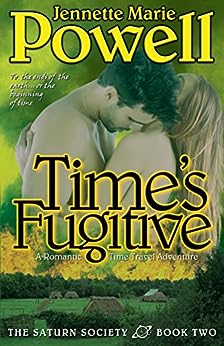 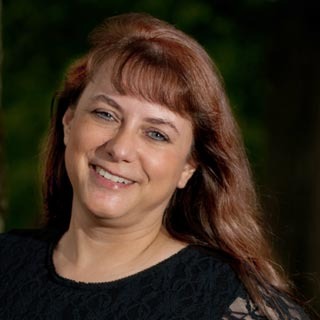 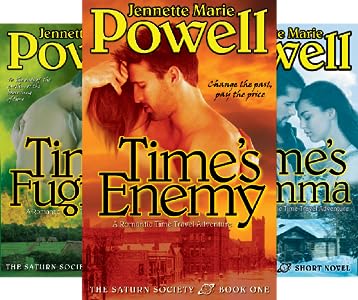 Time's Fugitive is an intriguing book with so many plot twists and complications I was amazed... I heartily recommend this book.
- Michele Stegman, author of Mr. Right's Baby and Fortune's Foe

This book is totally AMAZE-BALLS! One part Terminator, one part Timeline, and a whole bunch of awesome... The action pounds at a relentless pace and the detail is epic. If you are looking for a "big" book that could easily translate into a summer blockbuster movie, press the "buy" button now. You won't regret it.
- Jen Sokoloski
--This text refers to the paperback edition.

Jennette Marie Powell is the author of several time travel and paranormal romance novels. A lifelong resident of the Dayton, Ohio area, she likes to dig beneath the surface and find the extraordinary beneath the mundane, whether in people, places, or historical events. By day, she wrangles data and websites in between excursions to search for the aliens and spacecraft that legends say are stashed away on the military base where she works. --This text refers to the paperback edition.

4.4 out of 5 stars
4.4 out of 5
12 customer ratings
How does Amazon calculate star ratings?
Amazon calculates a product’s star ratings based on a machine learned model instead of a raw data average. The model takes into account factors including the age of a rating, whether the ratings are from verified purchasers, and factors that establish reviewer trustworthiness.
Top reviews

Nikkim
4.0 out of 5 stars Loved it
Reviewed in the United States on March 14, 2017
Verified Purchase
I liked the first one better but I still read it quickly and loved it. The nitpick I had about it was I didn't like how the entire time he didn't believe her and they didn't trust each other but this was one of my favorite time travel romance books to date! Will purchase number 3 but I feel like if you don't want to read on this one seems like a good stopping point for Violet and Tony. Will definitely follow this author and read more, highly recommend this book and if you are here by chance and haven't read the first one, go get that one first. You will love it!
Read more
Helpful
Comment Report abuse

Lynn Kelley
4.0 out of 5 stars A Wild and Wonderful Ride!
Reviewed in the United States on May 20, 2012
Verified Purchase
Book two of the Saturn Society series does not disappoint! The fast paced action, warping in and out of different time periods, and the twists throughout amazed me. The relationship between Tony and Violet is awesome as they deal with constant conflict, drama, and danger. These time travel books are different from any other time travel stories I've read. I found them fascinating and highly recommend them.
Read more
6 people found this helpful
Helpful
Comment Report abuse

Carol Bardwell
5.0 out of 5 stars GREAT story
Reviewed in the United States on July 3, 2017
Verified Purchase
Never boring. Kept kindergarten beginning to end which is unusual for me . I found the ramifications from time travel very interesting and enjoyed thinking about them. Glad it was not page after page of sex. Kept the story line on track. I have read the first two books and look forward to more
Read more
Helpful
Comment Report abuse

Kindle Customer
5.0 out of 5 stars Awesome!
Reviewed in the United States on July 18, 2016
Verified Purchase
A captivating book! Had to buy the next one. Wonderful ability to create an entire world. I have to go Times fugitive is down loaded!
Read more
Helpful
Comment Report abuse

Patricia
4.0 out of 5 stars Good Read
Reviewed in the United States on August 2, 2015
Verified Purchase
Good read but the dragging out of the distrust Tony had for Violet was a bit long. Good to read a time travel that does not occur in Scotland.
Read more
Helpful
Comment Report abuse

Jen Sokoloski
5.0 out of 5 stars If Epic and Awesome Had A Baby...
Reviewed in the United States on May 5, 2012
This book is totally AMAZE-BALLS! I read the first one eagerly, and I knew the author had a high bar to raise. If anything, she waaaay exceeded my expectations with this one. Time's Fugitive continues the story of Tony Solomon. reluctant time traveler. If the first book was one part Inception and one part The Fugitive (the Harrison Ford movie and classic series), this one is one part Terminator, one part Timeline, and a whole bunch of awesome. The action pounds at a relentless pace and the detail is epic.

Tony and Violet face dangers from time, nature, and the menacing enemies that are hunting them through the past and the present. Once again, there's a solid grounding in science from the time-travel perspective and it's clear that the author has done her homework on the locales and settings in which Tony and Violet find themselves. But more importantly, the story is utterly unputdownable. I ended up staying up until 5 AM just to keep reading. On a week night. I couldn't bear not knowing what happened next and I simply HAD to find out how Tony and Violet would escape their pursuers. Tony and Violet are not perfect super-people, either. Tony has made mistakes, as has Violet, and both of them are wonderfully flawed, *real* people, while at the same time possessing that larger than life quality we need to see in heroes of epic stories.

If you're a fan of action thrillers with a strong romantic thread, this book is for you. If you're a fan of soft SF and speculative fiction with a grounding, or at least a touch-point, in current-era reality, you'll love this book. If you are looking for a "big" book that could easily translate into a summer blockbuster movie, press the "buy" button now. You won't regret it.
Read more
10 people found this helpful
Helpful
Comment Report abuse

Jim Winter
4.0 out of 5 stars Whadday Mean There's No Part III!?!?!?!
Reviewed in the United States on August 16, 2012
When last we left our intrepid time travelers, Tony Solomon and Violet Sinclair, they had just decided they would, in fact, give dating a try. Tony ended up divorced (largely through an accidental warp back in time) and Violet¡­ Without giving too much away, she has no clue who she is or what she had done in another time.

But all that¡¯s neither here nor there on page 1. Tony likes this cute IT worker who doesn¡¯t exactly fit the Hollywood model of beauty and uses swear words better suited for a 1930¡äs movie. Then we get to page 2, and men with lasers come out. Sure, this is a romance, but it¡¯s also a science fantasy novel. Men with nasty hardware are a great way to get a reader¡¯s attention.

So who are these guys? And who is this Saturn Society that Tony is convinced is out to get him? And why, if some of them consider him a criminal, are others in the society trying to help him? And while we¡¯re at it, why does Tony¡¯s boss, the mysterious Keith Lynch keep turning up at odd times. Literally odd times, like on the banks of Ohio¡¯s Great Miami River before there were any Miami Indians to name it after? It¡¯s a romp through time ¨C 1959, the Ft. Ancient era of the Ohio River Valley, the end of the Great Depression, and even 1976 (which Powell depicts every bit as tackily as I remember it. Even Jimmy Carter shows up on television.)

Tony¡¯s suspicions about Violet do start to wear a bit thin once we¡¯re into the book. There were a couple of times I wanted to grab him by the lapels and go, ¡°Seriously, dude? Are you that frackin¡¯ paranoid?¡± Eventually, as both Tony and Violet are put through the wringer, this starts to balance out. The second half of the novel literally had me on the edge of my seat, which is kind of embarrassing when you¡¯re reading at work.
Read more
2 people found this helpful
Helpful
Comment Report abuse

Michele Stegman
5.0 out of 5 stars Time's Fugitive
Reviewed in the United States on April 15, 2012
Time's Fugitive is an intriguing book with so many plot twists and complications I was amazed. At times I was sure there was no way Tony and Charlotte's love could ever work out at the end because the author threw so many obstacles in their way. This was a difficult book to put down. I just had to keep reading. I had to find out if they could really find their way to love.
I heartily recommend this book.
Read more
9 people found this helpful
Helpful
Comment Report abuse
See all reviews from the United States

jenny percy
5.0 out of 5 stars Good read
Reviewed in the United Kingdom on August 3, 2017
Verified Purchase
If you enjoy the unusual. Really enjoyed the read. Fast pace, great character that you felt attached too. Definitely recommend the series as associated stories but different characters.
Read more
Helpful
Sending feedback...
Thank you for your feedback.
Sorry, we failed to record your vote. Please try again
Report abuse

dave roberts
3.0 out of 5 stars Good start
Reviewed in the United Kingdom on January 1, 2019
Verified Purchase
I found the second book started really well but then started containing too much ( waffle)
Read more
Helpful
Sending feedback...
Thank you for your feedback.
Sorry, we failed to record your vote. Please try again
Report abuse

Denyse
5.0 out of 5 stars Love these books
Reviewed in Canada on September 21, 2016
Verified Purchase
Both books in This series keep you on the edge of your seat with your heart in your mouth. Couldn't put them down !
Read more
Helpful
Sending feedback...
Thank you for your feedback.
Sorry, we failed to record your vote. Please try again
Report abuse