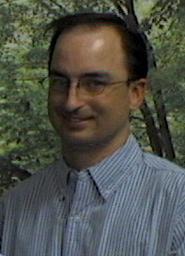 "I kept wondering if the author had some 'inside information' and Gregory Evans was a pseudonym for someone real." - D. Austin, reader review

"Pick up this book today, you will not be disappointed" - Shannon, reader review

"....was so believable that it made me wonder if it could really have happened that way." Jan Hall, reader review

Times of Turmoil - Book 1
The Evans family sets out to destroy Christian influence in the U.S.

Times of Trouble - Book 2
The Atwood family watch as the U.S. begins to fall apart around them as the End Times approach.

Times of Trial - Book 3
When the President declares a dictatorship, he begins the immediate persecution of Christians shortly before the End Times.

Jon Ryan: An End Times Short Story
Jon Ryan has to deal with the government interfering in healthcare shortly before the End Times approach.

Xavier Doolittle: An End Times Short Story
Xavier, another character from Times of Trouble, goes to work for the federal government and completely abandons his Christian faith, until he meets Brian Atwood.

Times of Rebellion (Timothy Phillips) - Book 4
A Christian young man becomes famous and rebels against everything he's been taught before the end times.

Times of Destruction - Book 5
In the first 3 1/2 years of the Tribulation, the new leader of the world has to deal with his new global economic system, Biblical sized disasters, and two Jewish witnesses who annoy the world's citizens.

Times of Judgment - Book 6
In the last 3 1/2 years of the Tribulation, the leader of the world teams up with Lucifer to persecute the 144,000 Jewish witnesses and execute anyone not taking the marks while trying to survive the bowl judgments that lead up to Armageddon.
Times of Tribulation - Book 7
Goes through the entire seven years as various characters try to survive the entire Tribulation.

Cliff Ball is a Christian, lives in Texas, has two BA's, and a Technical Writing Certificate from the University of North Texas. He has published ten novels, Times of Turmoil being the tenth. Visit his site at cliffball.net to find out more about his novels.
Read more
Start reading on your Kindle in under a minute.

3.3 out of 5 stars
3.3 out of 5
73 customer ratings
How does Amazon calculate star ratings?
Amazon calculates a product’s star ratings based on a machine learned model instead of a raw data average. The model takes into account factors including the age of a rating, whether the ratings are from verified purchasers, and factors that establish reviewer trustworthiness.
Top reviews

Book lover
5.0 out of 5 stars Intriguing Read
Reviewed in the United States on March 26, 2017
Verified Purchase
This book was kind of like reading the daily newspaper, and it sure gives you a lot to think about concerning daily events and the future.

I thoroughly enjoyed reading this book, and I am looking forward to reading the rest of the series. I would recommend this book to all Christians; plus, I believe it would be beneficial for everyone to read.

Cynthia Lafreniere
1.0 out of 5 stars Terrible
Reviewed in the United States on June 12, 2019
Verified Purchase
This is one of the worst books I've ever read. The characters are like paper dolls, there's no depth to them at all. They say things at times that no one would ever say. Scenes change abruptly, leaving you cold. Both positive Christian scenes are handled dryly, as are negative cold blooded murders. News reports have more emotion in them. It's full of conspiracy theory stuff, so maybe someone who's into that might like it. I was honestly glad it was over as I didn't enjoy reading it at all. I won't be reading anything else by this author.
Read more
One person found this helpful
Helpful
Comment Report abuse

Reba
1.0 out of 5 stars Disappointing at best.
Reviewed in the United States on April 23, 2017
Verified Purchase
This book had so much potential. The political historical matter was apparently well researched, but the writing is dry. Characters and conversations are simply not believable. The book is far underdeveloped. I only finished it so that I could leave an honest review, unfortunately.
Read more
5 people found this helpful
Helpful
Comment Report abuse

Kindle Customer
4.0 out of 5 stars Tangled web....
Reviewed in the United States on May 6, 2018
Verified Purchase
The history of the downfall of the USA is summarized in the first 2/3 of the book, with the last third becoming more fictional. The evil Gregory Evans plots from an early age to control the world, and I could not help but see the face of one George Soros as I read since the time line paralleled his life to a certain degree. All very plausible and believable even though the writing was somewhat simplistic. However, it was easy to follow and was a "fast read". Quite a few editing errors marred the continuity somewhat. I will read another in this, The End Times Saga.
Read more
Helpful
Comment Report abuse

J Hall
5.0 out of 5 stars times of turmoil historical novel
Reviewed in the United States on May 13, 2013
Verified Purchase
This was a very good story filled with historical events that were manipulated by one man. It was so believable that it made me wonder if it could really have happened that way. Is it truth or fiction? How could anyone be that cold hearted? At first it was like reading a history book but it kept drawing me in and wondering what was going to happen next. It kept getting better and better. I couldn't stop reading it. This was a really great read and I hated to see it end.
Read more
6 people found this helpful
Helpful
Comment Report abuse

Linda Whitehead Humbert
5.0 out of 5 stars Great Read!
Reviewed in the United States on July 18, 2013
Verified Purchase
Cliff Ball has given a wonderful overview of how he believes the end times events will happen. All of the books in this saga can be read without the others, but I would advise all to read them in order. This is a terrific start to his 3 book saga. I thoroughly enjoyed reading this, and I do believe that Christians need to take heed of what these stories tell.
Read more
7 people found this helpful
Helpful
Comment Report abuse

William Woodall
4.0 out of 5 stars Interesting story
Reviewed in the United States on June 12, 2013
Verified Purchase
This story covers a wide swathe of time and it's an interesting tale, especially for the way it weaves so many historical events and so many characters together into a cohesive whole. If you like Christian thrillers then you'll probably enjoy this book. Give it a try!
Read more
6 people found this helpful
Helpful
Comment Report abuse
See all reviews from the United States

Musings of a Middle-aged mum
1.0 out of 5 stars Absolutely awful
Reviewed in the United Kingdom on June 13, 2018
Verified Purchase
I've not given a bad review before, but this is worth it. As a quick reader I persevered in the hope it would get better. As I'm a Christian and I enjoy End of Time books I thought this would be enjoyable, but I was wrong. I honestly cannot tell if this was propaganda from an extreme right -wing American Christian, or it's written propaganda from an Atheist in order to make Christians look stupid. Either way, avoid. It incorporates recent history, but does so skewed and biased, and doesn't understand science. And calling the NHS in England awful and hated is so very very wrong (yes, I'm British too and there ate currently protests to SAVE the NHS because we do not want an American style system).
So even if it's offered for free, don't bother. I'm for one not going to waste my time on the rest of the series.

KD
3.0 out of 5 stars definitely worth a read
Reviewed in the United Kingdom on December 12, 2016
Verified Purchase
The older I get the less time I have for all the meandering around you sometimes get in novels. Get to the point & tell me what's happening - this story rocks along and given the state of the world today, it's not so far fetched, either. It's not an expensive book (and boy have I been done by some really expensive books I've bought over the years.) Well worth a couple of pounds for a quick read.
Read more
Helpful
Sending feedback...
Thank you for your feedback.
Sorry, we failed to record your vote. Please try again
Report abuse

Stephen Riley
1.0 out of 5 stars One Star
Reviewed in the United Kingdom on July 10, 2014
Verified Purchase
Sorry but the writing style is so poor I couldn't read more than first few chapters.
Read more
Helpful
Sending feedback...
Thank you for your feedback.
Sorry, we failed to record your vote. Please try again
Report abuse

Amazon Customer
3.0 out of 5 stars Times of Turmoil
Reviewed in the United Kingdom on July 20, 2013
Verified Purchase
I found the premis of this story interesting and it is the type of story Iwill read more of in the future but not oneI woud be waiting impatintly for the next book to come out
Read more
Helpful
Sending feedback...
Thank you for your feedback.
Sorry, we failed to record your vote. Please try again
Report abuse

Miss Vanessa Gill
1.0 out of 5 stars Too fast, not for me
Reviewed in the United Kingdom on July 19, 2013
Verified Purchase
I hate writing bad reviews and I apologise to the author, realising how much work, blood and sweat goes into putting together a novel. This book is just not for me, I'm afraid. I found it moved too quickly, listing historical facts more than an actual storyline.
Read more
Helpful
Sending feedback...
Thank you for your feedback.
Sorry, we failed to record your vote. Please try again
Report abuse