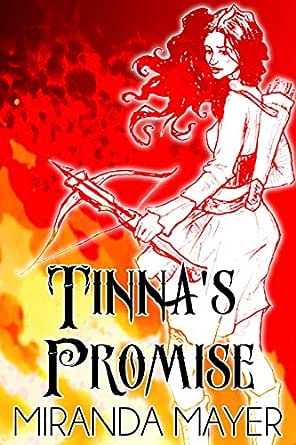 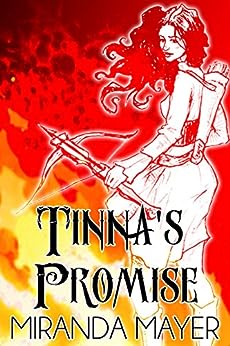 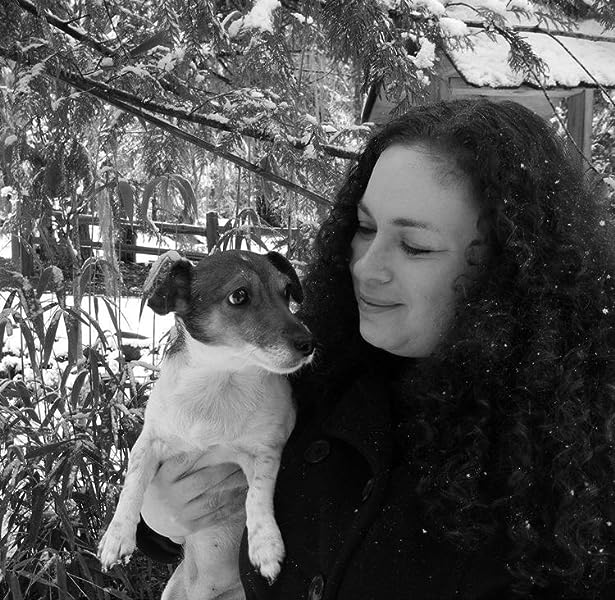 Miranda Mayer was raised and schooled in Belgium. She has been writing fantasy and science fiction stories for the better part of her life. Author, artist and a polyglot, Miranda lives near Mount Hood, in Oregon with her husband and two dogs. --This text refers to the paperback edition.

Kittentoes
4.0 out of 5 stars A Really Great Read!
Reviewed in the United States on March 25, 2008
Verified Purchase
Tinna's Promise is a reality completely unto itself. The people, races, and cultures that pepper the world Miranda Mayer makes are so solid you believe it. The Araki people are vastly different from the Thran or the Nimrath, and that's what makes the book so wonderful.

It's a very female empowering story. Tinna, part Gypsy, part Thran has not only been raised in an Amazon-like culture, but breaks free from it to roam, explore, and experience new things. Unlike many books I've read where the heroine only says she's self-sufficient - Tinna shows that she really, truly is.

Rhoa, the young woman who slowly grows up, is a sweet contrast from the mature Tinna. And what I really liked was that Taneth, Tinna's counterpart, was masculine, but not a violent man. His responsibilities as Wiseman in the village of Thamatoch are just as interesting as Tinna's adventures, and his quest of being part of a community a noble one.

ArtemisiaJolie
5.0 out of 5 stars Engrossing
Reviewed in the United States on July 8, 2010
Verified Purchase
I was immensely pleased with this tale. The combination of new and familiar creatures and of new and familiar settings allowed me to focus on the story and become engrossed right away. The characters were flawed and very easy to relate to, and the paths into each of their lives was easy to follow and uncomplicated. I found this hard to put down, and look forward to further works by Ms. Mayer.
Read more
One person found this helpful
Helpful
Report abuse

Bret Sheeley
5.0 out of 5 stars A nice change of flavor for fantasy
Reviewed in the United States on May 11, 2007
After reading many book with fantasy "staples" such as dwarves and elves, it was a breath of fresh air to read a story with new races and people in it I have never seen before (specifically the Nimrath). The tried and true staple of dragons serves as an impressive vehicle for the plot, but it is the interactions between the different type of human ethic groups and cultures that serves as the backbone for a wonderful tale.
Read more
2 people found this helpful
Helpful
Report abuse

A. Peteranecz
5.0 out of 5 stars I was completely taken into this Fantasy land!
Reviewed in the United States on March 27, 2007
I'm not typically a reader of the Fantasy genre, but I loved this book! Very descriptive and provided me with a great escape. I couldn't wait to get back to each chapter, and found myself getting lost in the Aitinna's land. Hope that Ms. Mayer plans on writing a sequel since I was so engrossed and engaged in each character and don't want to leave them behind in this single story. Great book, and with only a few passage exceptions, completely entertaining for adults and a younger audience.
Read more
2 people found this helpful
Helpful
Report abuse

David Shelbya
4.0 out of 5 stars All Around Worthwhile
Reviewed in the United States on November 10, 2017
The fascinating world and Conflict made it worth picking up, the interesting characters made it worth staying on with, and the strong ending made it worth finishing. A very concise and self-contained story that anyone could enjoy.
Read more
Helpful
Report abuse

BritaFilterGirl
5.0 out of 5 stars I'd love to have a Nimrath for a protector!
Reviewed in the United States on May 13, 2007
Tinna and Taneth find each other and a new home among the Araki, but are soon separated as Tinna goes on a quest. She's a woman of extraordinary strength, beauty and intelligence, and takes an unusual role in this entertaining novel.

The beauty of the forest community Thamatoch was amazing, a place I'd love to live. They have the most beautiful cemetery I've ever imagined.

The images in this story are so strong that I hope it one day becomes a film.

When does a sequel come out?
Read more
One person found this helpful
Helpful
Report abuse
See all reviews