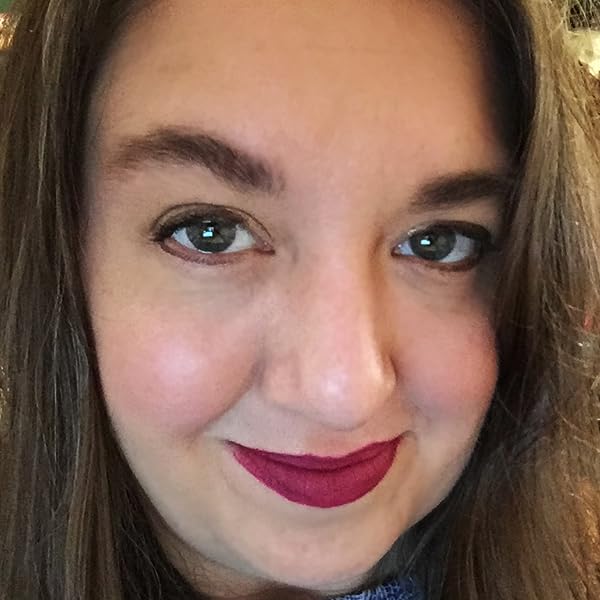 by Rebecka Ratcliffe (Author)
4.9 out of 5 stars 6 ratings
See all formats and editions
Sorry, there was a problem loading this page. Try again.

When sixth grader Dan impulsively planted a bean in his garden, he didn’t expect much. Then Zeeble, a tiny giant, appears carrying the baggage of a troubled past, and Dan finds out that the wooded nature trail behind his subdivision is full of hidden magic and danger. Will Dan and Zeeble find a path through the trouble that lies ahead, or will their adventures be cut short by a creature who shouldn’t be in the woods at all? This suburban fantasy adventure for middle-graders (and up) is a fast-paced introduction to the magic outside your door. Readers will meet Dan and Zeeble, and their friends Norman and Marisol, finding new ways to look at nature and the hidden potential of the world around them. Older readers will enjoy an escape to the lush green setting of the Pacific Northwest, a wonderful place to explore in real life. This is the first book in the Tiny Giants series. Follow Little Voices Publishing on Facebook to keep up with our new releases and some fun extras.
Read more
Previous page
Next page

Rebecka Ratcliffe has been writing books for children since 2013. Her Moodrangles series of picture books, illustrated by Steve Ogden, focus on coping with the big emotions preschoolers through first graders feel. Sally the Sad Shape and Carl the Cranky Cone are currently available at Amazon.com and www.littlevoicespublishing.com. The Tiny Giant is her first novel for middle grade students. Rebecka enjoys trail running in the forests where The Tiny Giant came to life, reading, and playing video games. She lives with her family in the Chehalem Valley of Oregon, a wonderful place to find hidden magic. She hopes you will look for the magic outside your own door.

Rebecka Ratcliffe always wanted to be an accountant when she grew up. Realizing her dream and framing her CPA license, she realized that it was maybe not all she wanted to do.

​After dropping off the last child for the first day of preschool, Rebecka started writing books until it became a habit she couldn't shake. ​Sally the Sad Shape ​was published in 2017, followed by Carl the Cranky Cone. Her first novel, The Tiny Giant, was published in May 2018.

​In her spare time, she writes psychological horror stories. She pulls characters from the fringe into starring roles and moves them in unexpected ways. With dark humor and daring narrative, these short pieces will keep you guessing and leave you uneasy. This collection is planned for a late 2018 release.

C K Lee
5.0 out of 5 stars Great YA Fantasy! Fun and realistic characters (mythical or not!)
Reviewed in the United States 🇺🇸 on July 9, 2018
Verified Purchase
The only downside is waiting for more!
I read this book to see how if my almost 3rd grader would be able to handle it on her own or if we needed it for a read-a-loud. I ended up thoroughly enjoying it and rather forgot i was reading it to judge level. For an adult it is a solid YA fantasy with magic and mythical creatures being thrust into the life of a 6th grade boy. It's a simple read but in no way does it feel like it is written too simply. I’d comfortably say fourth graders would find it just the right level/speed so adjust for your kid’s level as needed. I will be gifting it to our third grade classroom for her advanced group in the fall because it truly is a fun and unique YA fantasy.
Read more
One person found this helpful
Helpful
Report abuse

Robin Leigh MorganTop Contributor: True Crime Books
5.0 out of 5 stars THERE’S AN AMAZING ADVENTURE WAITING IN THE WOODS
Reviewed in the United States 🇺🇸 on October 10, 2018
Being a MG/YA paranormal romance author myself, who is in the midst of writing a stand-alone Urban Fantasy sequel to my debut romance novel I can understand the imagination it takes to write something that contains both magic and a mythical creature or two.

Her oxymoronic title for her book of The Tiny Giant caught my eye and that of my inner-child, because of the contradiction it contains in having two total opposites being thrown together into one entity, in other words how can you have a usually huge GIANT that is also extremely TINY at the same time.

In real life, nature has scores of hidden treasures and dangers, especially if you’re not looking or have miss seeing the signs; such as seeing a chipmunk or touching poison ivy; which is what the author, Rebecka Ratcliffe, has done in part here in her book when her protagonist, Dan, and Zeeble, with assistance of a tiny giant named Zeebie, discover that the area behind his home is fraught with perils and unseen enchantments.

When Zeebie, a tiny giant appeared after Dan had the impulse to plant a bean in his garden and later had discovered him with his stories of a problematic past. Hearing them Dan decided to help him as best as he could, however as they began their clandestine journey they were confronted by a creature who had no place being in areas these two had to explore.

The writing was totally appropriate for this genre and quite vivid in creating the images needed to make the story more enjoyable in its reader’s minds. And for doing this, my inner-child and I are happy to give Ms. Ratcliffe, the 5 STARS she’s gotten from us.
Read more
13 people found this helpful
Helpful
Report abuse

August
4.0 out of 5 stars I will read the next one
Reviewed in the United States 🇺🇸 on February 11, 2019
I really enjoyed the concept behind this book. Dan, our main character, faces not only the reality of the magical in his own backyard, but the reality of being a kid In the present-day United States. He has school, homework, and chores to deal with that get in the way of his exploring the magic around him.

I've given 4 stars because the first half or so of the book seemed... a bit more chaotic than I expected. Not that things weren't explained, but it felt like every moment, something new that seemed unrelated cropped up. It was a bombardment of things that didn't really give time to breathe. Everything did wrap up very well in the end, but I was kept far too off-balance to ignore it.
Read more
One person found this helpful
Helpful
Report abuse

Ausfam
5.0 out of 5 stars Loved it—buying as a gift for my nephew
Reviewed in the United States 🇺🇸 on June 6, 2018
I love YA fantasy novels and this one does not disappoint. I especially like it because it the stereotypical roles of certain characters (ie giants and dragons) have a fresh perspective AND you get to see a glimpse of the inner workings of the giants. The characters are well thought out and come to life as I read them. In short, I can’t wait for #2!!!
Read more
One person found this helpful
Helpful
Report abuse

jo ann craig
5.0 out of 5 stars A great book for pre teens and adults who enjoy fantasy.
Reviewed in the United States 🇺🇸 on July 3, 2018
Loved this book! The cover and illustrations are captivating and the story is a fast moving adventure with scary moments and humour. Great setting in the Pacific Northwest .
Read more
One person found this helpful
Helpful
Report abuse
See all reviews