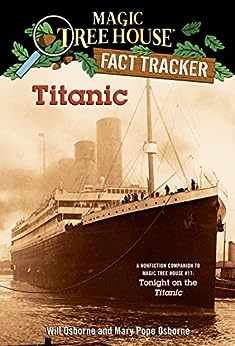 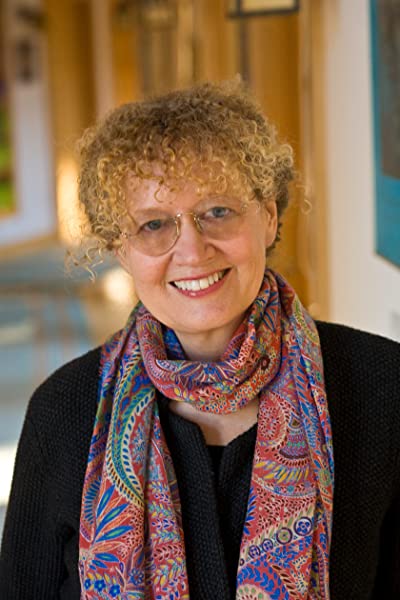 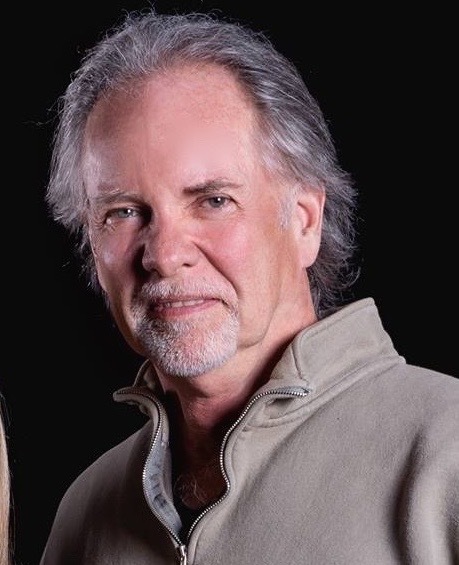 by Mary Pope Osborne (Author), Will Osborne (Author), Sal Murdocca (Illustrator) & 0 more Format: Kindle Edition
Book 7 of 42: Magic Tree House: Fact Trekker
See all formats and editions
Sorry, there was a problem loading this page. Try again.
The #1 bestselling chapter book series of all time celebrates 25 years with new covers and a new, easy-to-use numbering system! Getting the facts behind the fiction has never looked better.

Track the facts with Jack and Annie!

When Jack and Annie got back from their adventure in Magic Tree House #17: Tonight on the Titanic, they had lots of questions. How many people were aboard the Titanic? Why weren’t there enough lifeboats for all the passengers? How did this “unsinkable” ship sink? What lessons can we learn from the tragedy? Find out the answers to these questions and more as Jack and Annie track the facts.

Did you know that there’s a Magic Tree House book for every kid?

How long did it take to build the" Titanic? Why did it sink? What was it like to be a passenger? What happened to the people who survived? Find out the answers to these questions and more in Magic Tree House Research Guide: "Titanic, Jack and Annie's very own guide to the ship and its story. Includes information on the people who sailed on the "Titanic, life on board the ship, the search for the sunken remains, "Titanic artifacts today, and much more! --This text refers to the paperback edition.

How long did it take to build the Titanic? Why did it sink? What was it like to be a passenger? What happened to the people who survived? Find out the answers to these questions and more in Magic Tree House Research Guide: Titanic, Jack and Annie’s very own guide to the ship and its story. Includes information on the people who sailed on the Titanic, life on board the ship, the search for the sunken remains, Titanic artifacts today, and much more! --This text refers to the paperback edition.

WILL OSBORNE and MARY POPE OSBORNE have been married for a number of years and live in northwestern Connecticut with their three dogs, Joey, Mr. Bezo, and Little Bear.

Mary is the author of over one hundred books for children, including novels, picture books, biographies, and retellings of fairy tales and world mythologies. Will has worked for many years in the theater as an actor, director, and playwright. Together he and Mary have coauthored two books of Greek mythology and eight Magic Tree House® Fact Trackers. Will has also written a multimedia planetarium show, Magic Tree House Space Mission, and is cocreator with Randy Courts of Magic Tree House: The Musical, a full-scale Broadway-style family musical based on Christmas in Camelot.

SAL MURDOCCA has illustrated more than 200 children's trade and text books. He is also a librettist for children's opera, a video artist, an avid runner, hiker, and bicyclist, and a teacher of children's illustration at the Parsons School of Design. Sal lives and works in New York with his wife, Nancy. --This text refers to the paperback edition.
Read more

Carole D.
5.0 out of 5 stars Titanic Experience for Children from Magic Tree House.
Reviewed in the United States on February 2, 2013
Verified Purchase
The Magic Tree House fact Tracker #7: Titanic was a wonderful Christmas gift this year for my 9 year grand-daughter.
We all shared watching the actual movie of "The Titanic", and she loved it. Her words were "Awesome".
So,.. I sent this to her for Christmas. Mom and Dad said that she loves it, and picks the book up a lot.
She took it to school for show and tell. These Magic Tree House books are wonderful.
It is so great for children to enjoy reading books,.. and especially this time, after seeing the movie,..she was thrilled
to get this for Christmas. A great gift.
Read more
3 people found this helpful
Helpful
Report abuse

Susan ATop Contributor: Nail Art
5.0 out of 5 stars Great book
Reviewed in the United States on April 23, 2017
Verified Purchase
My 7 year old son is obsessed with the Titanic & his favorite books are Magic Tree House so this was a no brainer for me! He is able to read it on his own for the most part only needed occasional help with a few words. It's the same length as the other MTH books. It has fun facts as well as some good pictures. Overall a great book & purchase!
Read more
3 people found this helpful
Helpful
Report abuse

KH
5.0 out of 5 stars Great book
Reviewed in the United States on December 28, 2018
Verified Purchase
We have all of the Magic Tree house books, as well as the Merlin Mysteries. We knew we had to get the fact books collection going. Our son has suddenly taken a huge interest in the Titanic and this book will not disappoint
Read more
2 people found this helpful
Helpful
Report abuse

David
5.0 out of 5 stars Book
Reviewed in the United States on March 19, 2021
Verified Purchase
She like it.
Read more
Helpful
Report abuse

Daisymom
5.0 out of 5 stars Grandson obsessed with Titanic!
Reviewed in the United States on January 14, 2012
Verified Purchase
My 6-yr-old grandson is obsessed with the Titanic! After opening at Christmas, the entire family gathered to watch this amazing video as he couldn't wait to see it. This wasn't something we sat through to "indulge" him as we all thoroughly enjoyed it. I was impressed with all the details. He sat mesmerized and already knew the names of each of the subs used to get a closer view of the wreckage. This is something he will watch many times and from which he will continue to learn. Thanks for making this available.
Read more
Helpful
Report abuse

Richard Lee
4.0 out of 5 stars Child loves this book series.
Reviewed in the United States on May 9, 2020
Verified Purchase
Child loves these books. Thay are using them in 1st grade class.
Read more
Helpful
Report abuse
See all reviews

Bev
5.0 out of 5 stars fab facts and info
Reviewed in the United Kingdom on March 28, 2016
Verified Purchase
The best book about the titanic we've had for children. My boy is 7 and this is such a brilliant account of life aboard the ship, the sinking and the after events. A nice amount of drawings and text. I can read chunks as a bed time story but he can also sit and read alone. I will buy more of the series.
Read more
Report abuse

M. Parker
5.0 out of 5 stars A christmas gift
Reviewed in the United Kingdom on February 6, 2013
Verified Purchase
I bought this for my great grand-daughter as she is interested in the Titanic and is only 8 years old. She could not put it down and found that she could really understand the information by the way it was explained. A big hit.
Read more
Report abuse

Caulkhead2
5.0 out of 5 stars Serious study for young readers
Reviewed in the United Kingdom on August 12, 2014
Verified Purchase
A well-illustrated little book with some reasonable sized font. The layout and pagination make it suitable for a young audience although an adult and serious topic.
Read more
Report abuse

steve williams
5.0 out of 5 stars Recommended for children who love the Titanic
Reviewed in the United Kingdom on July 31, 2015
Verified Purchase
Great read for my son, full of interesting facts and well illustrated
Read more
Report abuse
See all reviews