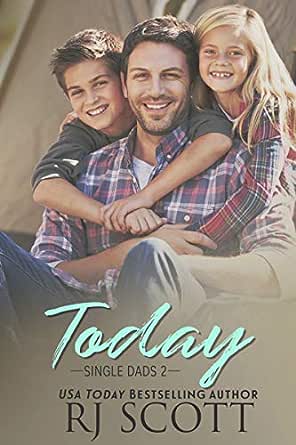 You've subscribed to Single Dads! We will preorder your items within 24 hours of when they become available. When new books are released, we'll charge your default payment method for the lowest price available during the pre-order period.
Update your device or payment method, cancel individual pre-orders or your subscription at
Your Memberships & Subscriptions
There was an error. We were unable to process your subscription due to an error. Please refresh and try again. 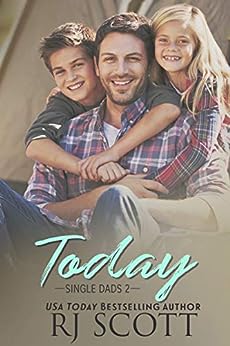 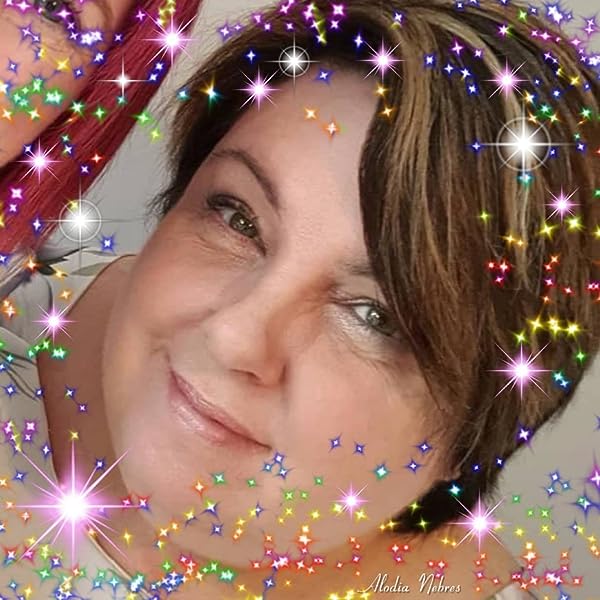 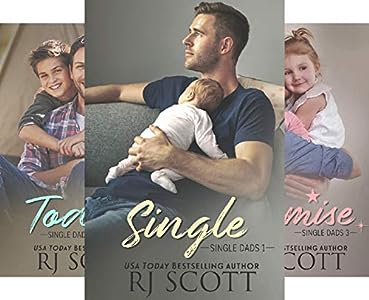 4.5 out of 5 stars
4.5 out of 5
111 global ratings
How are ratings calculated?
To calculate the overall star rating and percentage breakdown by star, we don’t use a simple average. Instead, our system considers things like how recent a review is and if the reviewer bought the item on Amazon. It also analyzes reviews to verify trustworthiness.

PaulnSeattle
VINE VOICE
4.0 out of 5 stars Eric and Brady's Story
Reviewed in the United States on August 26, 2019
Verified Purchase
This is Book 2 in the Single Dads series and I have been waiting for Eric and Brady's story. The best thing about reading is learning something new (even at my age!) and I learned about DCD (Developmental Coordination Disorder) and my heart broke for Brady, but loved his resolve and tenacity in dealing with the challenges he faces doing things that most take for granted. Eric's HUGE heart and unconditional love and caring was touching to experience. The two kids are an important part of the story and that worked for me and it felt realistic. Getting to catch up with Adam was a treat and I'm hoping for something more for him. Sean, Ash and Mia still warm my heart and Leo has his coming...LOL! Looking forward to the next book in the series!
Read more
4 people found this helpful
Helpful
Comment Report abuse

Jay Bee
4.0 out of 5 stars A bear of a man, but one with the soul of a kitten.
Reviewed in the United States on August 25, 2019
Verified Purchase
This is, of course, a great read. Can't be anything else written by R. J. Scott. An enjoyable and informative story line revisiting Ash, Sean and Mia, then introducing Ash's online friend Brady. Talk about someone with issues. Brady has a few. Eric finds himself assigned the task of "keeping an eye on Brady" during Ash/Sean's wedding. Eric decides he wants to continue "keeping an eye on Brady" after the wedding.

A refreshing story including children, accepting family and chosen family.

Sue
5.0 out of 5 stars Eric and Brady are made for each other
Reviewed in the United States on August 28, 2019
Verified Purchase
I really loved this story, Eric and Brady are so perfect together.. Eric needed someone to take care of and he found that in Brady. Brady was reluctant at first and kept wondering how he was gonna screw things up.. but in the end it all works out and I really love their journey! the kids were sweet and sad because of the loss of their parents but they really love their Uncle/Dad.. and I also looked up DCD to see if it is real. And the way Brady has adapted to his limitations, and having the courage to change with help RJ you have done it again.. I needed Kleenex for this one! I am looking forward to the next one !
Read more
2 people found this helpful
Helpful
Comment Report abuse

W. J. Kibler
3.0 out of 5 stars Meh. Unmemorable.
Reviewed in the United States on February 2, 2020
Verified Purchase
This author needs a proofreader/editor. I've said it about several of the books she's written. There are many, many errors in grammar and punctuation. She also seems to have a problem with continuity. For example, at the end of the first book in this series, Ash and Sean were getting married. At the ceremony, Sean is described as wearing a pale gray suit. At the beginning of this story, Ash and Sean's wedding is being recapped and the author has them both wearing dark suits and the color of Sean's tie has changed from sapphire blue to a steel blue color. Another example is in one of Eric's chapters where he states that he's lounging on the sofa bare-chested and Cap (the dog) jumps on him getting him all wet so he removes his t-shirt because it's soaked. He wasn't wearing a t-shirt if he was bare-chested. I know it's picky, but it's also annoying and distracting.
Read more
Helpful
Comment Report abuse

TarteCherry
4.0 out of 5 stars Perfect for each other
Reviewed in the United States on August 25, 2019
Verified Purchase
I wasn’t sure how I felt about the first book in this series, because Ash was so prickly, but then I think after I read this one that maybe I understood what this series was all about. Brady was also difficult to immediately connect with, and then he met Eric who was perfect for him. My guess is that this series illustrates that there is someone perfect out there for everyone, which is pretty hopeful.
Read more
One person found this helpful
Helpful
Comment Report abuse

Amazon Customer
5.0 out of 5 stars Enjoyable story
Reviewed in the United States on November 24, 2020
Verified Purchase
This author is amazing. I am getting hooked anything by this author. This is enjoyable book to read and makes you want to read the next one in the series. It moves along very well with little slack time. I would recommend this book to anyone who wants to read an enjoyable story.
Read more
Helpful
Comment Report abuse

pdaake
5.0 out of 5 stars Holy Moly ❤️❤️❤️
Reviewed in the United States on November 4, 2020
Verified Purchase
The characters in this book had some drama that had me in tears!! Absolutely loved the storyline and got to learn about a condition that I had never heard of!! These characters personality's were very strong and had things to tell and it formed an awesome book!!
Read more
Helpful
Comment Report abuse

Neeley970
5.0 out of 5 stars Better than sweet
Reviewed in the United States on August 28, 2019
Verified Purchase
Book 2 in this series and I loved it as much as the first one. Looking forward to Leo and Jason.
Read more
One person found this helpful
Helpful
Comment Report abuse
See all reviews

Andrea
4.0 out of 5 stars Single dads 2
Reviewed in the United Kingdom on October 2, 2019
Verified Purchase
Brady is the internet friend from the first book and suffers from a condition that makes socialising difficult but firefighter Eric manages to break through and bring out the best in him
Read more
Report abuse

K
5.0 out of 5 stars I really loved this book!
Reviewed in the United Kingdom on August 26, 2019
Verified Purchase
Two great caring and compassionate main characters and I thought Brady was all kinds of adorable, along with a beautiful cover.

I'm looking forward to Leo and Jason's story next.

Morgans mum
5.0 out of 5 stars Loved this book
Reviewed in the United Kingdom on August 31, 2019
Verified Purchase
Absolutely loved this book. A great follow on from book 1, however it can be read as a stand alone. Looking forward to more in the series.
Read more
Report abuse

Patty
4.0 out of 5 stars Awesome, may contain spoilers.
Reviewed in Australia on September 6, 2019
Verified Purchase
Oh my, a wonderful story. This series is awesome. Brady, with physical and learning limitations is a gifted artist, he has adopted his sister's children after her untimely death. He meets Eric at his friend Ash's wedding. The attraction is incendiary. But they they take the relationship slow. Eric is a firefighter and Brady worries. An incident at work has Eric in the hospital, Brady is beside himself... a great read. Looking forward to next book.
Read more
Report abuse

Reader Beaver
5.0 out of 5 stars Love this series
Reviewed in Australia on June 17, 2020
Verified Purchase
I am hooked on this series. RJ Scott's books are easy to read and hot hot HOT! Beautiful characters. I absolutely love all of the characters.
Read more
Report abuse
See all reviews