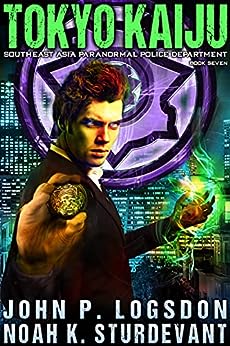 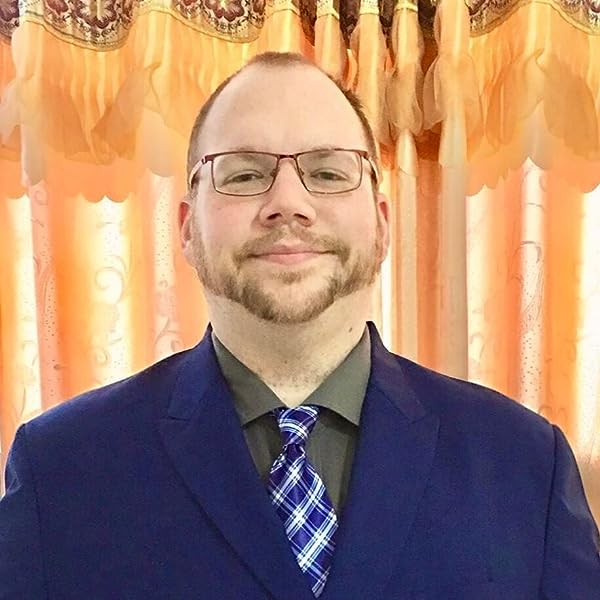 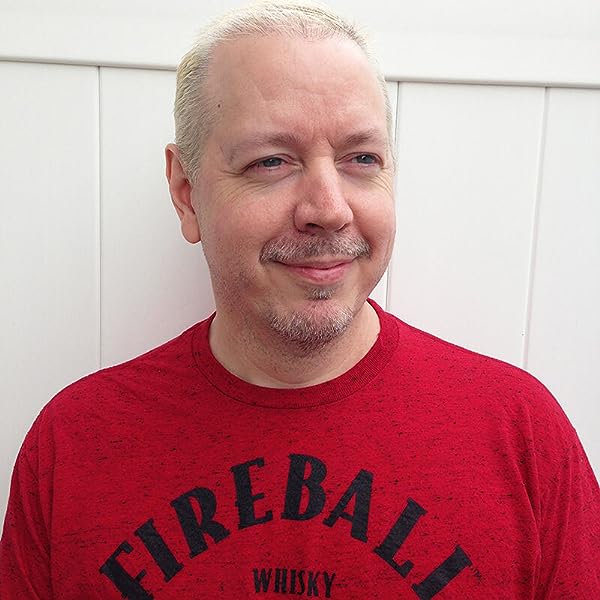 by John P. Logsdon (Author), Noah K. Sturdevant (Author) Format: Kindle Edition
Book 7 of 7: Southeast Asia Paranormal Police Department
See all formats and editions
Sorry, there was a problem loading this page. Try again.
All that stands between failure and victory is an army of giant monsters. No problem.

Mark and his team have finally located the leaders of the Shaped. There's just a tiny issue: the bad guys saved their most deadly plan for last.

Creatures called Kaiju have invaded the world and they'll have to be stopped before they enact the Shaped's evil scheme. Plus, a unwelcome blast from the past takes Samantha and Bert on a journey of their own.

Needless to say, it's been a busy week.

It's going to take every favor the team can call in to win. Mark knows he score, though. It’s a case of go big or go home...if anything is still left.

The Paranormal Police Department has delighted thousands of readers with action, adventure, outrageous comedy, and tons of snark. Grab your badge and join the legion of fans who keep begging for more...

What Amazon readers are saying about the Southeast Asia Paranormal Police Department:

★★★★★ ‘This book is great! It’s fast paced; it’s well written; it’s a great story; and it’s absolutely hysterical! It has everything a supernatural crime thriller should.’

★★★★★ 'Great book. Funny, and quick read. Definitely not for your 8 year old, but will have his dad (and mom) falling off the couch laughing.’

Scroll up and buy your copy today!
Read more
Previous page
Next page

Being a warlock is hard

Mark never wanted to be in this position, but heroes seldom do. Of course, heroes aren't usually thrust into a situation where they have to have a demon as a partner. In all fairness, though, Bert's not a bad demon. He's just misunderstood...by nearly everyone.

Mark Vedis was a fledgling cop until he was merged with a demon.

Being a warlock used to be cool. Now it gets you nothing but an annoying demon partner and a huge target on your back.

Mark Vedis ran a regular beat as a PPD officer. He mostly dealt with werecows and werebulls and a partner who ate too much.

As fate would have it, though, he ended up facing down a new kind of villain that was more disturbing and powerful than he could've ever imagined.

The darn thing nearly killed him.

While in his death throes, Mark was given the gift (curse?) of a demon companion that opened his ability to become a warlock. That's when the crap really hit the fan.

Tawnya
4.0 out of 5 stars I hate doing headlines.
Reviewed in the United States 🇺🇸 on November 9, 2021
Verified Purchase
I read the book with Kindle Unlimited.

Since I wanted to help the authors that I enjoy (and even the ones I didn’t really like) I decided to rate the books I have read. I thought Goodreads ratings transferred over here, but apparently not. It says I have to REVIEW them as well in order to do a rating. I am TERRIBLE at writing, so this is how I rate them:

5 stars-I will reread it and love it each time.

4 stars-I will reread it and like it every time. There were most likely some aspects that I disliked, but not enough to downgrade the whole book.

3 stars-I will reread it if I am rereading the series it is a part of.

1 star-I couldn’t finish it or I started skimming to the end just to get it over with. The fact that I am using that phrase means it was bad. So far I have given less than 5 books out of over 1000 I have read 1 star. One of those books the author actually pulled the series and apologized for how bad book 6 was.
Read more
Helpful
Report abuse

Steven Jones
5.0 out of 5 stars Read twice
Reviewed in the United States 🇺🇸 on March 22, 2022
Verified Purchase
Second read through was a good as the first. Working my way through the whole 'verse to catch what I missed
Read more
Helpful
Report abuse

Shadow
5.0 out of 5 stars Great ending to the series
Reviewed in the United States 🇺🇸 on October 17, 2021
Verified Purchase
A part of me hated this story. That's because it's the end of the South East Asia story line of the PPD series, which so far has been my absolute favorite storyline. But it is a great book. It wraps up the story line nicely, but leaves just enough there to return if the author changes his mind about this being the end.
Read more
Helpful
Report abuse

Patricia Burney
5.0 out of 5 stars Great crew and storyline. Constant chaos and dysfunction on an epic level.
Reviewed in the United States 🇺🇸 on June 27, 2021
Verified Purchase
You’ll have to read them all. Outrageous but strangely relatable. Laughed my ass off. Even dropped a rear or two. Diverse and varied characters you grow to cheer and love.
Read more
Helpful
Report abuse

free spirit
5.0 out of 5 stars surprises await
Reviewed in the United States 🇺🇸 on May 7, 2021
Verified Purchase
This last chapter in the current series is a fast pace adventure. secret hint at during the series are told, unexpected relations. When get to the end you be surprised at how the story ends, wanting the adventure to continue. Sit down and enjoy.
Read more
One person found this helpful
Helpful
Report abuse

Ed Colonna
5.0 out of 5 stars Great story
Reviewed in the United States 🇺🇸 on July 18, 2021
Verified Purchase
Lots of twists and turns that keep you guessing right to the end. The ending was satisfying and still leaves you wanting more.
Read more
Helpful
Report abuse

Griffin
5.0 out of 5 stars Great finish to an amazing series
Reviewed in the United States 🇺🇸 on May 14, 2021
Verified Purchase
This was a great end to the series and really showed the growth of the main character, but also the other characters as well.
Read more
Helpful
Report abuse

Myles Cohen
5.0 out of 5 stars Epic adventure
Reviewed in the United States 🇺🇸 on May 9, 2021
Find out what gonzilla type creatures have to do with spelunking! Another world wide threat Finds Mark, Bert, Samantha and their allies fighting to stop this gigantic endeavor to bring chaos to the world. Can the evil behind this threat finally be stopped? Omg, just tell me who the heir is! Will all survive this final battle to bring peace to the Badlands and topside or will friends be buried? Do you want dragons? They are there. Demons? Absolutely. Other mystical creatures? By the boat loads. Epic battles, cunning strategies,complex and ingenious plot twists? Yup. Fabulous conclusion to Phenomenal series. Unless it is truly not over.
Read more
Helpful
Report abuse
See all reviews

N. Fallon
5.0 out of 5 stars Most dangerous yet but the humour's still there!
Reviewed in the United Kingdom 🇬🇧 on May 8, 2021
Verified Purchase
Tokyo Kaiju is the South East Asia Paranormal Police Department's 7th book (the 1st in the series is Bangkok Warlock) boasting the most dangerous challenges yet but don't worry the humour's still there in generous amounts and as warped as ever. If you like great characters who are all the better for being fun, sarcastic and neither perfect nor pc, a great mixture of laugh out loud humour, action and storyline then I absolutely recommend this series.
Read more
Report abuse

S. Reid
5.0 out of 5 stars What a series ending wow
Reviewed in the United Kingdom 🇬🇧 on May 7, 2021
Verified Purchase
Action check, Humour of questionable taste check, Twists so many it puts a mountain road to shame and i don't know how the authors managed to keep it all straight in their head.
A great ending and I loved how we might even see some more from Mark,Bert and crowd given time as their unusual partnership and family life is better than any soap opera.
Read more
Report abuse

Janine Corcoran
5.0 out of 5 stars Absolutely loved it
Reviewed in the United Kingdom 🇬🇧 on May 7, 2021
Verified Purchase
Tokyo Kaijui is the seventh book in the South East Asia Paranormal Police Department series. What a book it is!!! With expertly written action and fight scenes and witty and hilarious banter throughout, you will find yourself hooked from the start. Be prepared for pure havoc and superb insults, which will have you in stitches.
Read more
Report abuse
See all reviews