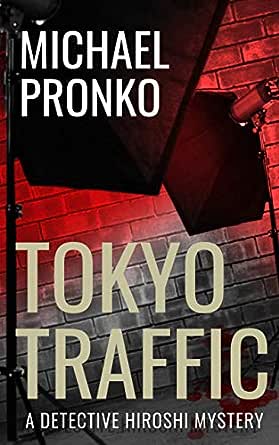 You've subscribed to Detective Hiroshi Series! We will preorder your items within 24 hours of when they become available. When new books are released, we'll charge your default payment method for the lowest price available during the pre-order period.
Update your device or payment method, cancel individual pre-orders or your subscription at
Your Memberships & Subscriptions
There was an error. We were unable to process your subscription due to an error. Please refresh and try again. 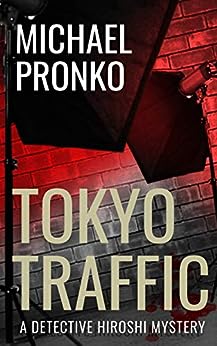 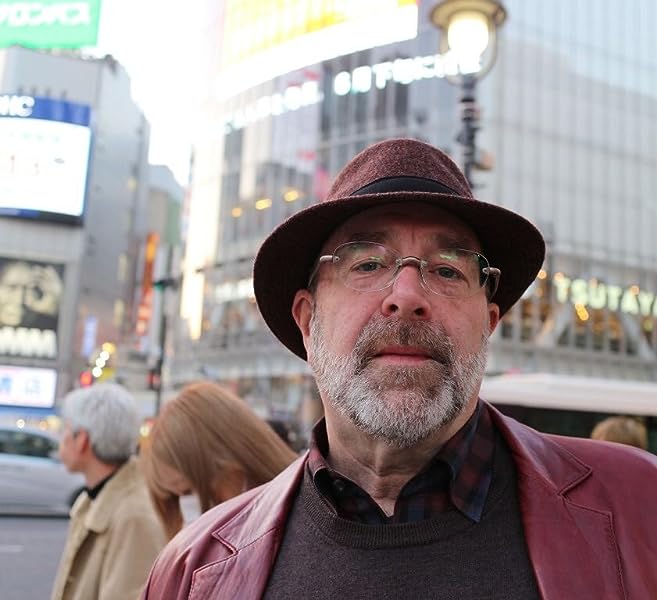 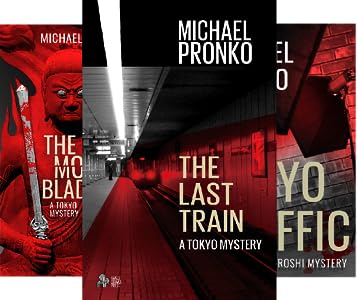 "A great page-turner with real tension towards the endand I hope that it won't be too long before we hear more about Hiroshi," The Bookbag.

"A dark and striking thriller with an indelible cast and setting," Kirkus Reviews.

"Starts fast and doesn't let up on its breakneck pace until bodies (both living and dead) are strewn all over the place," Pacific Book Review.

"With Tokyo Traffic, Pronko further establishes Hiroshi as one of the most distinctive and intrepid detectives in contemporary crime fiction," Best Thrillers.

"This is a classic thriller in terms of the gritty atmosphere, the dark characters and the brave and slightly broken hero," The Wishing Shelf.

"Combining old-fashioned gumshoeing with modern-day social conventions, Pronko's tale is as much a Tokyo detective's diary as it is a gritty underworld whodunit," US Review of Books.

"Tokyo is described in all of its beauty and ugliness, where the sparkling world of music clubs, internet cafes and teen hangouts are tainted by a dismaying traffic of young people," Advicesbooks.

"Pronko's characters are fully developed, his dialogue is authentic, and his writing is clear and concise," San Francisco Book Review.

"It's clear the author knows Japan deep in his soul. Pronko is also a masterful storyteller. As the narrative's tension builds, readers will find themselves racing toward the inexorable moment when police, victims and villains collide," Blue Ink Review.

"A high-energy thriller set in the gruesome world of human trafficking and child pornography, TOKYO TRAFFIC keeps the adrenaline pumping until the very end," IndieReader.

"The novel gives us deep insight into the criminal underbelly of Japan and how the different criminal activities are inter-related and inter-dependent on each other," Reedsy Discovery.

"A story that winds through Tokyo's streets and Hiroshi's heart alike, drawing readers through a dangerous game that culminates in an unexpected, satisfying conclusion," Midwest Book Review.
"Taut and terse, this noir novel is executed to perfection," Foreword Clarion Reviews.

"Pronko creates the backdrop to this story as if it is a character all on its own and invites readers into this colorful world in an easy yet striking way. Thrilling crime fiction set in an exotic location," Literary Titan.
"Raw and gripping, told by a confident, complex, and creative author. Pronko is deeply in tune with emotional language and human connection. Moments of intimacy and closeness are told with the same authenticity as the most gritty and suspenseful passages in the prose. As has been true for all of the Detective Hiroshi novels, Pronko beautifully captures the alluring and mysterious essence of Tokyo. Such a thorough immersion in a culture and people allows for an unusually intimate understanding of the cultural nuance and minutiae, which makes the reading experience rich and addictive. As both a love letter to Japan and a bold condemnation of certain human rights crises still alive and well in our modern world, Tokyo Traffic is a superlative addition to the Detective Hiroshi series." Self-Publishing Review, ★★★★★

"Crouching behind the plywood wall of the film set, Sukanya waited until silence echoed through the cavernous warehouse. Her skin was clammy and covered in goosebumps. Sweat sprang from every pore in her body. She hugged herself, shivering, listening, her heart pumping hard from the last injection of whatever it was. When the silence and the cold became too much, she peered around the edge of the film set, shading her eyes from the white blaze of an upended light, and stepped out to survey the scene. Cold air floated down from the high, dark ceiling. Shadows loomed over the muted chaos below."

"Staring through the diamond frame of his upraised arms, Detective Hiroshi Shimizu felt for one still moment that a circuit connected, and his inner spirit took over. With a loud shout, he sprang forward and drove his sword onto the shoulder of his attacker, barely feeling the other sword strike his ribs. Pivoting and facing off again, they reset for another still moment, shouted and drove at each other as if turning into pure human energy for an instant before reconvening into a solid state once more."

"Outside, the Shimokitazawa streets curved and criss-crossed past galleries, boutiques, coffee shops, and clubs in a vibrant tangle. Even at night, clothes racks jutted into the narrow streets, and vintage clothes--no two alike--were displayed with nonchalant appeal. They walked around the corner to a wood-front restaurant with a single yellow light and a simple, handwritten menu. Chiho rolled the door open and they stepped onto a rough concrete floor. The interior was divided by wooden slats into small booths. The old woman who ran the place waved them toward a back booth with oil-dappled zabuton cushions on either side of a flat grill rimmed with wood."

Michael Pronko is a Tokyo-based writer of murder, memoir and music. His writing about Tokyo life and his character-driven mysteries have won awards and five-star reviews. Kirkus Reviews selected his second novel, The Moving Blade for their Best Books of 2018. The Last Train won the Shelf Unbound Competition for Best Independently Published Book.

Michael also runs the website, Jazz in Japan, which covers the vibrant jazz scene in Tokyo and Yokohama. During his 20 years in Japan, he has written about Japanese culture, art, society and politics for Newsweek Japan, The Japan Times, and Artscape Japan. He has read his essays on NHK TV and done programs for Nippon Television based on his writings.

A philosophy major, Michael traveled for years, ducking in and out of graduate schools, before finishing his PhD on Charles Dickens and film. He finally settled in Tokyo as a professor of American Literature at Meiji Gakuin University. His seminars focus on contemporary novels, short stories and film adaptations.

Jay E. Suddreth
5.0 out of 5 stars Tokyo Intrigue
Reviewed in the United States on June 21, 2020
Verified Purchase
Michael Pronko has become one of my favorite authors. His ability to craft a story line with fascinating characters is a talent that Mr. Pronko is very adept at in the three Detective Hiroshi books written thus far.

Tokyo Traffic is a page turner full of fascinating characters and a homicide squad of Detectives that you feel at home with as they solve complex cases while regaling you with Japan’s culinary treats along way.

This third installment has you hooked waiting for the fourth installment to arrive none too soon. Great writing for sure.
Read more
Helpful
Comment Report abuse

frogman
5.0 out of 5 stars A Well Written Exciting Page Turner
Reviewed in the United States on June 29, 2020
Verified Purchase
I love the Detective Hiroshi Character, along with the other characters in these three books. I like that Pronko finishes the story in each book. Each case is solved and the loose ends tied up in each of the three novels. Each book can stand on its own. Tokyo Traffic is the latest in the Hiroshi series, and it does not disappoint. Fast moving ant exciting throughout. Michael Pronko stands among the best authors out there, and these three Detective books some of the best I've ever read. I hope to see more Hiroshi books in the future.
Read more
Helpful
Comment Report abuse

Tim
4.0 out of 5 stars intricate and fascinating
Reviewed in the United States on June 28, 2020
I normally read books that took place in Japan and written by Japanese authors, this is the first time that I read a novel with plot in Japan but written by a westerner author. The book is very intricate and exciting, the author know how to build up tension and must have had a lot of knowledge and doing a lot of research into Japanese culture and society. The plot and characters are well developed, very solid, authentic, and the writing is clear and concise. It is very refreshing to read a story took place in Japan from a none Japanese author who is very knowledgeable about the country.
Read more
Helpful
Comment Report abuse
See all reviews from the United States