Tolstoy Lied: A Love Story and millions of other books are available for Amazon Kindle. Learn more 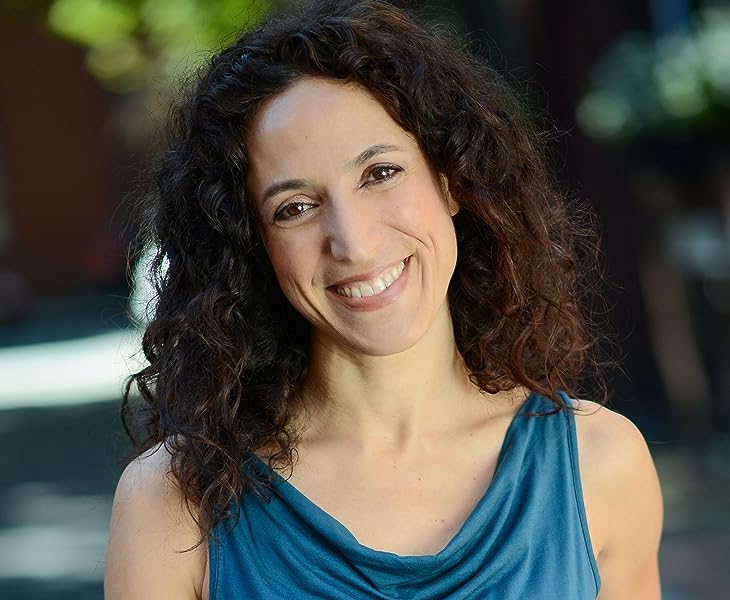 "Utterly absorbing....This is a novel bursting with the immediacy of experience and the profundity of reflection." --Rebecca Goldstein, author of The Mind-Body Problem, Mazel, and Properties of Light

"TOLSTOY LIED is a brilliant novel, one of the wisest books I've read about love." --Carol Gilligan, author of IN A DIFFERENT VOICE and THE BIRTH OF PLEASURE

"TOLSTOY LIED is a love story with heft, weight, and dazzle. Rachel Kadish has written an infectiously enjoyable novel." --Tova Mirvis, author of THE LADIES AUXILIARY and THE OUTSIDE WORLD

RACHEL KADISH is the award-winning author of the novels From a Sealed Room and Tolstoy Lied: A Love Story, and of the novella I Was Here. Her work has appeared on NPR and in the New York Times, Ploughshares, and Tin House. She lives in the Boston area.

Start reading Tolstoy Lied: A Love Story on your Kindle in under a minute.

3.9 out of 5 stars
3.9 out of 5
62 global ratings
How are ratings calculated?
To calculate the overall star rating and percentage breakdown by star, we don’t use a simple average. Instead, our system considers things like how recent a review is and if the reviewer bought the item on Amazon. It also analyzes reviews to verify trustworthiness.
Top reviews

None
1.0 out of 5 stars Buy "The Weight of Ink" Instead
Reviewed in the United States on July 10, 2017
Verified Purchase
Since I loved "The Weight of Ink", I ordered a sample of this one. I enjoyed the sample, as it dealt well and true with the (usually icky) wackiness one encounters as a grad student (and later as an instructor) in university English departments. I bought the book, and it soon became increasingly unreadable for me. The tone became whiny, the seemingly relentless "pondering" of the nature of "relationships" by some of the characters self-indulgent. I finally had to put it down.
Read more
18 people found this helpful
Helpful
Report abuse

Mike O
5.0 out of 5 stars Rachel Kadish Does Not Lie
Reviewed in the United States on July 30, 2017
Verified Purchase
Ms. Kadish is a very talented writer, weaving together a philosophical treatise on 'happiness' (not along the lines of a Gross National Happiness Index), a literary critique of traditional novel cynicism, an incisive (all too accurate) look at the underbelly of university politics and an engaging romance into a single tome of finite (non-Tolstoyan) dimensions. Using the Kindle application on my tablet, I usually mark passages that I find particularly incisive, poetic or worthy of quotation. I don't think I've ever marked as many passages in a book as I have in "Tolstoy Lied."
Read more
6 people found this helpful
Helpful
Report abuse

Mike
5.0 out of 5 stars A thinking reader's romance
Reviewed in the United States on November 27, 2018
Verified Purchase
Protagonist - a tenure-seeking literature professor - is, as expected, articulately introspective - but never too sober. She sees life, work, aspirations and relationships in wry perspective. Candid and realistic, emotionally balanced look at the unique world of academics told simultaneously with an open, bracing romance having its own insights and complications. Superb plot and pacing, memorable and complex characters, satisfying and warm.
Read more
One person found this helpful
Helpful
Report abuse

D. Crowell
4.0 out of 5 stars Well written and enjoyable
Reviewed in the United States on February 10, 2019
Verified Purchase
Some very likable characters and a very good portrayal of the politics in most grad programs. Those who love literature, past English majors, etc will really enjoy this novel. It's not super deep, yet its fun and does have some good life insights.
Read more
Helpful
Report abuse

Anna
4.0 out of 5 stars How did I miss this one?
Reviewed in the United States on July 10, 2011
Verified Purchase
I'm so glad I came across this at a friend's house recently. I hadn't heard of it previously and it was a great, absorbing read -- I finished it in two days.

Tracy is a thoughtful heroine, and her life and conflicts seem very realistic despite the occasional over-the-top character (Aunt Rona and Yolanda, I'm looking at you). Academic politics really can be this nasty, and New York City really is chock-full of interesting characters. The reason I'm giving this 4 stars is that I did not find Tracy's relationship with her mentally unstable student completely convincing, or well-explained, and that is a problem in terms of plot development. It is, however, more than balanced out by the other plot lines in the story. Kadish makes great use of every character that is introduced, including the departmental secretary, and there are so many clever lines and funny moments that I am ordering my own copy of the book to re-read and lend to others.

Kadish has lots to say and gives the reader lots to think about.

Caabal
3.0 out of 5 stars Academic novel
Reviewed in the United States on July 18, 2013
Verified Purchase
Historical novels are subject to criticism when they include anachronistic plans and inaccurate details. Academic novels also need to be accurate to enable the reader to suspend belief. Although I can imagine an academic department with the quirks of personality and the political intrigues described in this novel, it is infuriating when obvious remedies are not even explored. Elizabeth has the right to ADA protections, and violations of those protections by Joanna would likely have led to a grievance and/or law suit. Likewise, tenure decisions must be based on stated criteria for tenure, and Tracy met those. The novel does not allow for the fact that an appeal process was available for her and she would certainly have won, given the nature of the conversation reported in the novel. She also would have had a terminal year (although the fellowship gave her a convenient exit that fit into the plot). I am not making these comments to be picayune but only to point out that such jarring discrepancies undermine the credibility of the novel. The arc of the plot works well (for a romance), but too much about the professional context is misrepresented to make this a good read for an academic.
Read more
4 people found this helpful
Helpful
Report abuse

Kindle Customer
5.0 out of 5 stars Loved this book
Reviewed in the United States on February 2, 2021
Verified Purchase
This book drew me into it. I appreciated the careful writing and characters with unique personalities who were vulnerable when required but always believable. Each tells their own story woven into the story.
Read more
Helpful
Report abuse

Izzie
3.0 out of 5 stars Disappointed
Reviewed in the United States on May 24, 2019
Verified Purchase
Not her best
Read more
One person found this helpful
Helpful
Report abuse
See all reviews

Page 1 of 1 Start overPage 1 of 1
Previous page
Next page
Pages with related products. See and discover other items: tolstoy books