Add to Cart
$34.88
+ Free Shipping
Sold by: jambodrapan
Have one to sell?
Sell on Amazon
Flip to back Flip to front
Listen Playing... Paused   You're listening to a sample of the Audible audio edition.
Learn more
See this image 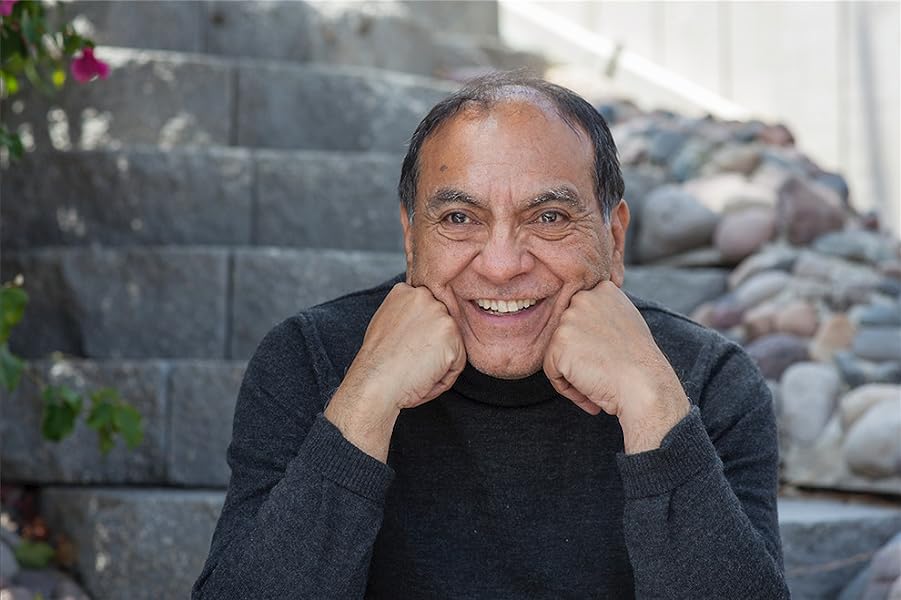 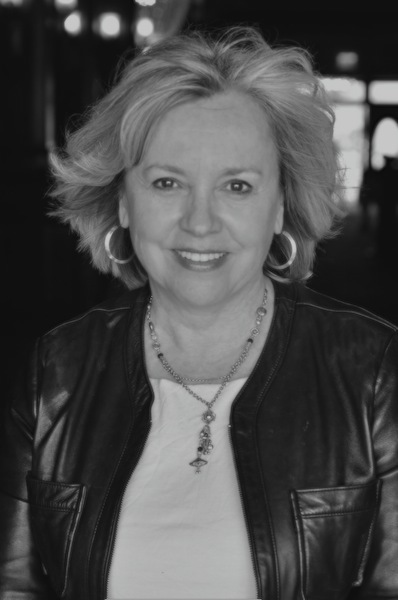 Start reading The Toltec Art of Life and Death: A Story of Discovery on your Kindle in under a minute.

4.2 out of 5 stars
4.2 out of 5
87 customer ratings
How does Amazon calculate star ratings?
Amazon calculates a product’s star ratings based on a machine learned model instead of a raw data average. The model takes into account factors including the age of a rating, whether the ratings are from verified purchasers, and factors that establish reviewer trustworthiness.
Top Reviews

Bri Guy
1.0 out of 5 stars Very Disapointing
Reviewed in the United States on February 6, 2016
Verified Purchase
lt pains me to leave this review, I've read all of Don Miguel Ruiz books. Ive read and re read some of them so many times, I used to fall asleep with the 4 agreements audiobook playing over and over again.
This book is awful and so self aggrandizing it ridiculous. Every other chapter is about how powerful he is and how all the ladies love him. Most people who are fans of Don Miguels books and similar books are used to "far out" talk, but its very very hard to suspend disbelief in this book. I just don't understand how this is the same person that wrote all those other books that we know and love.

Rob Dreyfus
2.0 out of 5 stars Unconvincing account of a shamanic dream journey
Reviewed in the United States on February 20, 2016
Verified Purchase
I very nearly gave up trying to discover how and why Ruiz’s mother persuaded him to come back from the death that he had embraced and was at peace with. (Spoiler alert: Ruiz sort of answers why he opted not to die in the last few pages of the book.)
He had previously courted death by recklessly walking into the dangerously hot rim of a dangerous volcano in order to demonstrate a healthy approach to life and fear of death to a touring group of his disciples, and had injured his heart. Insufficient explanation is given to undo the impression that this was machismo.

Finally, I hung in with my attempt to follow the narrative of what Ruiz experienced in his dream state. Some dream - that can go on for nearly 400 pages with such detailed recall! But I guess that can happen while you're in a coma for nine weeks.

The description of his development as a healer or Nagual (Toltec-speak for a shaman) and his learnings from his shamanically inclined mother and grandfather serve as interesting autobiography; and as a physician, I can admire his finding a deeper calling in sharing wisdom than continuing his medical practice. However the weaving of the narrative from Ruiz, to Ruiz’s spirit, to his mother, to her spirit, to grandfathers, and to the enigmatic Lala (who can often be very bad-tempered) is confusing and (for me) unconvincing. She is revealed as the personification of knowledge, and Ruiz goes into great detail about his early infatuation with knowledge and his subsequent intense ambivalence about it. He portrays it as a seductive woman who is like a constant companion and temptress. The whole book could be seen as Ruiz's struggle with "knowledge".

I feel the book didn’t deliver on its promise to enlighten on the mystery of death and the wisdom available in the borderland between life and death. However this won’t stop me from highly recommending “The Four Agreements” to patients.

POSTSCRIPT
After further digesting this complex autobiography/ personal statement, several things stand out for me. First, the realms that Ruiz explores, once liberated from physical form, don't seem to me to ascend very high. His sense of the sacred, of the exalted realms of the transcendent found in mystical literature or in books like Michael Newton's "Journey of Souls", seem limited and earthbound.
Instead he places great value on vitality with its strong base in robust sexuality; on power; on freedom; and on forcefully demolishing our limited beliefs so as to achieve a superior participation in of all things--------knowledge! But we need to have healthy skepticism about the advice even of someone who has impressive shamanic abilities and a lineage of a wisdom tradition and has a foundation. (And don't believe anything I say!)

Lastly, I was struck by his posing to his students, the question "How do you get God's attention?" (They danced, wept, writhed etc.)
I think a better question would be "How is God going to get YOUR attention?"

Lawrence Moore
2.0 out of 5 stars is not as useful as the others
Reviewed in the United States on October 23, 2016
Verified Purchase
I read up through Chapter 21 and just got tired of it. I have read most of Miguel Ruiz's books, and this one, in my opinion, is not as useful as the others. It is too self-indulgent. After to many chapters, I learned very little and received very little insight. What little insight one can gain from the book is just a re-hashing of Ruiz's principles as outlined in his other books. The book is a narrative of the experience, or "dream" that he had when in a coma after a heart attack. It is surprising that he was able to recall so much detail and such a long, detailed story after such an experience. I also have had a near death experience in my life, and I could only recall fragments in the days following. Even if the author was able to recall so much detail afterward and maintain such a log of everything he dreamed, there is not much to benefit the reader. So much of it is personal history and dream experiences between relatives of his, both dead and alive. It may be interesting for him and his family members, but after a while, it just gets tedious for the reader.

After a while, I really got frustrated with Ruiz's self0indulgence and haughty attitude. One can really grow to dislike him after a while of reading. His experiences center around common theme of him styling himself as an "enlightened master" who is just so valuable to the world, but he couldn't be bothered with it because he wanted to die, and it was just so selfish of them and so unenlightened of them to want him to fight for survival and return to them. After a while, one gets tired of his constant whining about how these people, such as his mother, lovers, children, and apprentices just would keep being so desperate in wanting him to live. His attitude was very self-indulgent and pompous for a spiritual warrior. Many of the stories were about his sons and life experiences he had with them. A truly "enlightened master," or sincere teacher does not indulge themselves as much as Ruiz does in this book, and has the humility to allow people to draw their own conclusions.
Read more
18 people found this helpful
Helpful
Comment Report abuse

Ellen Rich
3.0 out of 5 stars Toltec Art Life and Death is Excellent, but a bit Advanced for Beginners
Reviewed in the United States on January 22, 2016
Verified Purchase
I have been studying with Don Miguel and his apprentices since 2001. I have met him and read all his books. I probably have given out 150 copies of the Four Agreements. This particular books would be difficult to understand for the beginner who does not have a Toltec and/or Mexican shamanistic orientation. The text moves from reality, to metaphor, to dreaming (which is a whole subject on its own and if you haven't done it you will probably get lost here. I know most of the "real" story and parts are left out (which I understand as I got them from the folks who where there).

Reading and meditating on this book reminded me very much of Journey To Ixtlan by Carlos Castaneda as well as most of his earlier books (non fiction or fiction -- it doesn't matter). Additionally some of Carlos' original apprentices books such as The Witch's Dream: A Healer's Way of Knowledge by Florinda Donner-Grau and Carlos Castaneda and Being-in-Dreaming: An Initiation into the Sorcerers' World
by Florinda Donner give one a taste of dreaming, but again you can't get it from a book. It is experiential.

I had mixed feelings on this book. Every book that don Miguel has written has been top notch and this one is too. I gave it 3 out of 5 stars as my own opinion (don't believe it) feels it is a bit advanced for the beginning journeyer.
Read more
5 people found this helpful
Helpful
Comment Report abuse
See all reviews from the United States

J. P. Marsh
3.0 out of 5 stars I love Toltec philosophy and Don Miguel Ruiz' works
Reviewed in the United Kingdom on June 4, 2018
Verified Purchase
I love Toltec philosophy and Don Miguel Ruiz' works, but although the teachings contained in this book are as profound as ever, it is written in prose form and the influence of his co writer is all too obvious with in my view too much poetic description. I'm not a person who is particularly enthusiastic about reading 'the sand kissed her toes as she headed towards an azure painted horizon' kind of stuff. Good book, but not what I expected.
Read more
One person found this helpful
Helpful
Sending feedback...
Thank you for your feedback.
Sorry, we failed to record your vote. Please try again
Report abuse

Amazon Customer
5.0 out of 5 stars Five Stars
Reviewed in Canada on April 12, 2017
Verified Purchase
Love the Toltec Wisdom. Amazing books that changed my life amazingly. A must read.
Read more
Helpful
Sending feedback...
Thank you for your feedback.
Sorry, we failed to record your vote. Please try again
Report abuse