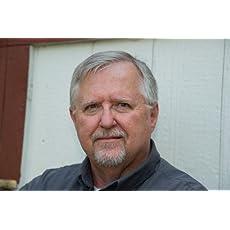 Tom Barlow is an Ohio writer. He writes crime, speculative and literary fiction. He has published over 100 short stories and four novels. "Everything is Inevitable" is a cozy mystery, "I'll Meet You Yesterday" science fiction, "Bringing Knickerbocker Home" a family drama, and "Blood of the Poppy" a noir crime story. His literary short stories are collected in "Welcome to the Goat Rodeo" and "Odds of Survival" features noir crime fiction.
He writes because conversation involves a lot of give and take, and he's always thought of himself as more of a giver.
Read more 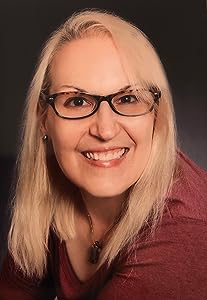 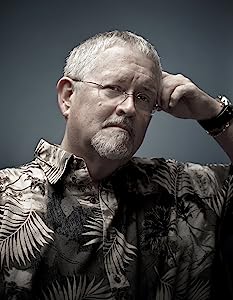 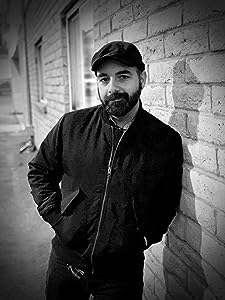 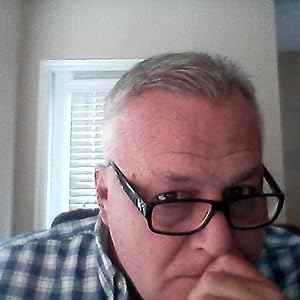 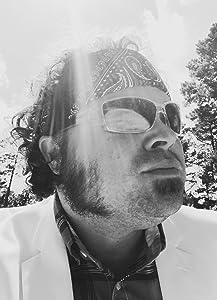 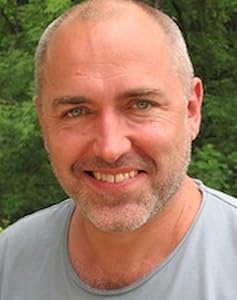 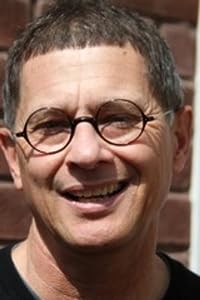 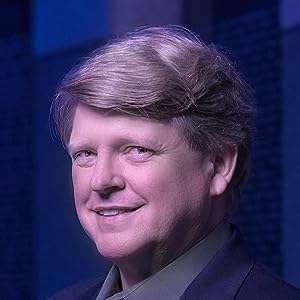 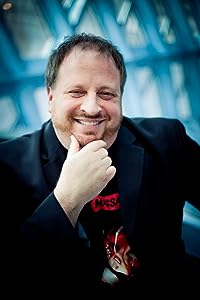 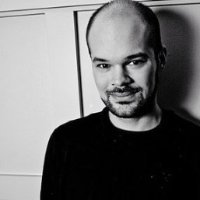 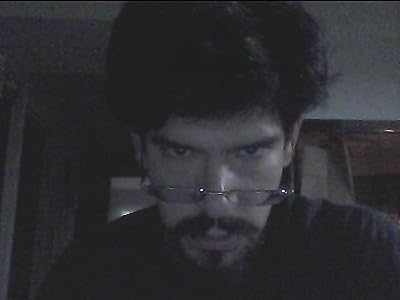 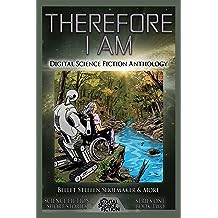 Therefore I Am: Digital Science Fiction Anthology Oct 16, 2015
by Tomas L. Martin , Shawn Howard , Bruce Golden , James C. Bassett , Tab Earley , Dustin Monk , Martin L. Shoemaker , David Steffen , Annie Bellet , Digital Fiction
( 34 )
$2.99
Therefore I Am - Digital Science Fiction Anthology - Book 2, is an anthology of original science fiction short stories from professional writers. Our second edition of the Digital Science Fiction anthology series developed a theme all on its own - a theme of what consciousness is and what it means to be human and live a fully human life. Therefore I Am features excellent character studies of uniquely human emotions and traits as well as stories that give us an outsider's view of human consciousness and behavior.

Therefore I Am includes 10 first-time-published science fiction short stories by:

We thank you for your interest in our book, and invite you to plunge into the ten terrific stories contained within. We hope you enjoy them as much as we have enjoyed presenting them.
Read more
Other Formats: Paperback 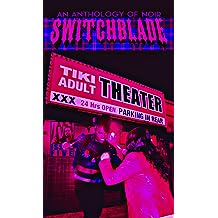 Switchblade (Issue Five) Mar 29, 2018
by Rob Pierce , Alec Cizak , Preston Lang , Court Merrigan , Tom Barlow , E. F. Sweetman , Timothy Friend , Tom Andes , Tony Genova , Chris McGinley
( 8 )
$2.99
A tsunami-sized crime wave of hardboiled noir from some of the most enduring names in crime fiction, outside of the New York Five. This is the biggest, most robust issue of Switchblade yet. An all-star lineup, brimming with hard luck tales from some of the best outlaw fiction storytellers in print. Court Merrigan and Rob Pierce are in this issue. Indianapolis crime writer, and managing editor of Pulp Modern, Alec Cizak, has a story in this issue. Switchblade usual suspects Preston Lang, Jack Bates, Robb T. White, Rick Risemberg, and Lisa Douglass, are back and sharper than ever. New prospects Tom Andes, Tony Genova, E.F. Sweetman, David Rachels, Danny Sophabmisay, Chris McGinley, Timothy Friend, and Tom Barlow, have been jumped in to the fold. Sharp and deadly, quick and dirty; it’s the fast action gutter mag that fits into your back pocket. Featuring the soul-searing poetry of Lisa Douglass
Read more
Other Formats: Paperback 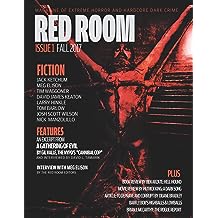 "The Phantom Video Stream" by Nick Manzolillo sets the tone with red-room atmospherics in the story of a man who discovers a hidden channel streaming from what may be another reality.

Tim Waggoner's "Are You Crazy?" answers its own question in shocking Waggoner style.

Larry Hinkle's "Meat Cute" opens with "Stop staring at her tits!" and ends with a coldblooded revelation. Short and not so sweet.

Tom Barlow's "Selfie" demonstrates that two heads aren't always better than one, not when they're spitting images.

Meg Elison's "The Middle Child" takes an unflinching look at fame and greed and the mania underlying video virality.

David James Keaton, aka DJK, takes us for a ride into brutal biker mayhem that hits like a jackhammer in "The Flowery." Some tattoos ain't cool.

Jack Ketchum reprises "Megan's Law," a disturbing look at what can happen when a child molester moves into a concerned dad's neighborhood. If you've never read this classic, you're in for a creepy treat, and if you have then you know it's definitely worth rereading.

Plus, an exclusive excerpt from the NYPD's "Cannibal Cop" Gil Valle's upcoming Comet Press release of his first novel A Gathering of Evil, which parallels the message-board fantasies that landed him in jail.

FEATURES
Duane Bradley takes an irresistible look at the Video Nasties and the uproar those "obscene" video cassettes caused in the UK back in the 1980s. Ben Arzate reviews a formerly out-of-print classic horror novel, which is making a howling comeback. Patrick King reviews one of the best of the recent horror movie releases.

Red Room interviews the phenomenal Meg Elison, and David L. Tamarin interviews Gil Valle, getting him to open up about his incarceration by the "thought police."

A surreal, behind the scenes glimpse at the Red Room headquarters with rogue reporter Brian J. McCarthy.
Read more
Other Formats: Paperback 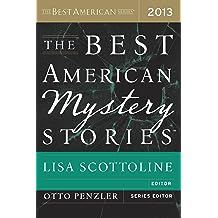 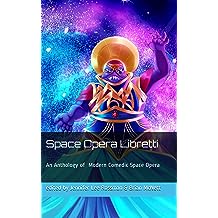 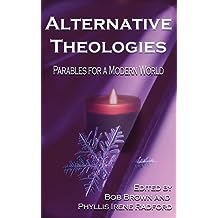 Alternative Theologies: Parables for a Modern World (Alternatives Book 3) Aug 14, 2018
by Bob Brown , Tom Barlow , Rebecca McFarland Kyle , Philip Brian Hall , Adam-Troy Castro , Paula Hammond , David Gerrold , Sara Codair , Irene Radford , Jim Wright
( 34 )
$2.99
Henry Frederic Amiel stated that “Life is short and we have never too much time for gladdening the hearts of those who are travelling the dark journey with us. Oh be swift to love, make haste to be kind.
And while this book explores theology and beliefs, it is written to be kind as well as thoughtful, and at times funny. It will give you belly laughs, but it will also give understanding of the notion of believing. It will remind you that no matter what you believe, we make this journey together.
There are poems by some wonderful modern thinkers including Gwyndyn T. Alexander and Jane Yolen, that will explore the nature of our world.
Essays by David Brin and David Gerrold that explore the nature of why we believe what we do.
And then there are the stories. Funny stories, like First, that explains how Hell got started. Serious stories of redemption, as seen in Izzy Tells no Lies. Stories that explore familiar themes of the trials of Job, as seen by those around him. Questions are raised if we would even recognize a returning messiah after 2000 years of interpretations of the beliefs.
And most important, they are well written with craft and skill that you have come to expect from B Cubed authors.
Read more
Other Formats: Paperback 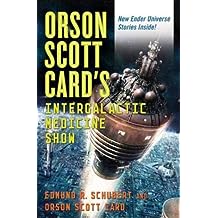 Bestselling writer Orson Scott Card founded the online magazine Intergalactic Medicine Show in 2006. It has been a big success, drawing submissions from well-known sf and fantasy writers, as well as fostering some amazing new talents. This collection contains some of the best of those stories from the past year.

There is fiction from David Farber, Tim Pratt, and David Lubar among others, also four new Ender's Game universe stories by Card himself. This collection is sure to appeal to Card's fans, and be a great ambassador to them for these other talented writers. 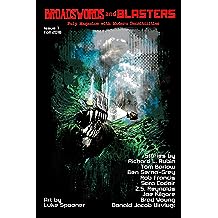 Broadswords and Blasters Issue 7: Pulp Magazine with Modern Sensibilities (Volume 2 Book 3) Oct 15, 2018
by Matthew Gomez , Sara Codair , Tom Barlow , Rob Francis , Joe Kilgore , Z. Reynolds , Ben Serna-Grey , Brad Young , Richard Rubin , Donald Uitvlugt
( 4 )
$2.99
In this action-packed issue:
A new “Commander Saturn" adventure as he takes on the "Pirates of Ganymede.”
"Jigsaw," a dysfunctional couple's descent into domestic horror brought about by a simple puzzle.
The twisted surrealistic sci-fi dystopia “Choice Cuts.”
"Land and Money and Old Bones," the story of Anthony, heir to his uncle's estate, who finds out there’s a bit more blood than he expected.
Two brave ocean explorers who encounter “A Curious Case in the Deep."
“Between,” a tale of a West that never was.
A cautionary Western about being careful about the promises you choose to keep, “The Best Laid Plans."
“The Whisker-Wood,” a weird, twisted horror tale about a man’s descent into madness.
“Harvest Moon,” a cosmic horror jidaigeki that creates a unique story of betrayal, falsehoods, and blood.
Read more
Other Formats: Paperback 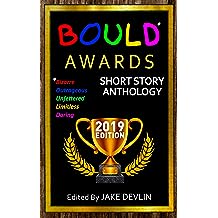 BOULD* Awards 2019 Short Story Anthology: (*Bizarre, Outrageous, Unfettered, Limitless, Daring) Nov 16, 2019
by Jake Devlin
$3.99
Are you an adventurous, daring reader? Like to explore new frontiers? If so, this one's for you.

In this second annual edition, you'll find nearly 40 of the weirdest, most outrageous, wackiest, scariest, puzzlingest (is that really a word?) short stories submitted for this anthology in 2019. That's nearly twice the number of stories in the 2018 edition, our first.

You'll laugh, you'll cry, you'll be shocked, scared, and maybe even perflutzed by some of the stories you'll find inside, in many different genres and styles.

But with nearly every story, we know you'll be surprised.

These stories have all been anonymously selected by a panel of independent judges.

We expect the 2020 edition to be BOULDer (no relation to the city in Colorado), and that'll raise the bar even higher for the 2021 edition. We might wind up changing “Limitless” to “Loopy” if writers can really let their inhibitions go and let their haywire creativity loose.

But now it's time for you to quit reading these promo bits, brace yourself and dig in. Have fun!
Read more 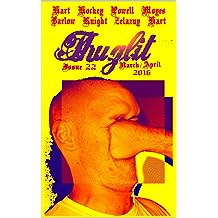 Well, then—THUGLIT ISSUE 22 is here to knock your literary teeth out the back of your head with EIGHT brand new tales of misdemeanors, misdeeds, misanthropy and misbehavior.

IN THIS ISSUE OF THUGLIT: 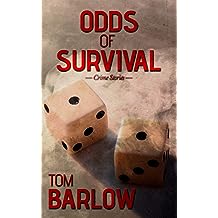 Odds of Survival: Crime stories Jan 16, 2019
by Tom Barlow
( 9 )
$2.99
Odds of Survival–18 dark, quirky crime stories from a master of noir
• Thieves mistime a forest fire, and the cops aren't the only peril awaiting them.
• A cancer victim turns serial killer, but only of perps who deserve to die.
• Em's brother plays him for a sucker, and the cops play him like a fiddle. With a family like his, he figures orphans are the lucky ones.
• When a hit man is brought in to clean up a honey trap, he never expects to change sides.
• Is Ryan blessed to be a dead ringer for a Hollywood star? Dead is the key word.
• The bald chemo queen has a good scam going, until she hooks up with a pro who notices the carpet doesn't match the drapes.
• Donating a kidney makes Kevin feel like a hero. Until he meets the recipient.
• When Katie discovers first edition Dr. Seuss books, the road to grad school opens up. Too bad there's red blood, dead blood along the way.
• The painting is the only thing of value in her mother's estate, but the only way Kim can profit is by producing an exact copy. Over and over.
• When a move star wanna-be conspires to steal enough dough to fund her dreams, her partner should expect a little improv.
Barlow's stories have appeared in Best American Mystery Stories, Needle, Switchblade, Thuglit, Tough, Manslaughter Review, Mystery Weekly, Mysterical-E Magazine, Heater, and Pulp Modern. His writing has been described as, "brilliantly layered, hauntingly introspective and refreshingly offbeat" by Scotch Rutherford, editor of Switchblade Magazine. Rusty Barnes of Tough Magazine writes "(Barlow) always delivers the goods." 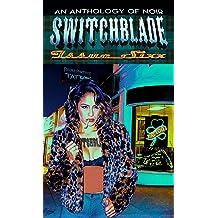