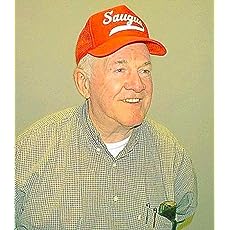 Tom Sheehan, a 16-time Pushcart Prize nominee, is comfortable writing in several different genres and makes it a point to create each and every day. He's authored the novels Vigilantes East, Death for the Phantom Receiver, Murder at the Forum (an NHL novel of Bruins-Canadiens long rivalry), Death of a Lottery Foe, Death by Punishment, and An Accountable Death, all available as eBooks. His short story works number A Collection of Friends, From the Quickening, In the Garden of Long Shadows, Epic Cures, and Brief Cases, Short Spans, Alone, with the Good Graces, in all of which he manages to uncannily include a very special character, his hometown of Saugus, Massachusetts. The Westering, an eBook, was nominated for a National Book Award. Sheehan's poetic ruminations are Ah, Devon Unbowed, The Saugus Book, This Rare Earth & Other Flights, Reflections from Vinegar Hill and the eBook Korean Echoes, nominated for a Distinguished Military Award. Beside the Broken Trail is his fourth book of western short stories from Pocol Press, the others being The Nations, Where Skies Grow Wide, Cross Trails, and now Catch a Wagon to the Stars and In the Garden of Long Shadows. Other recognition comes from two Best of the Net Awards for 2015 (KYSO Flash and Right Hand Pointing) and short story awards in 2013 and 2014 from Nazar Look, which also issued his collection, Suns of Guns, Inc., 2015, who says,
"Hey, America
Hey, America, what's happening? Have you forgotten how to spread? You've got to learn to sprawl all over again, America. You've got to learn how to relax and blow off some steam after you get good habits back.

Hey, my America. Remember being the young kid on the block, kid brother to the world, how you could spread them out even as you threw a continent over your shoulders and hauled it out of the woods, vales and valleys. Remember how you got your hands dirty, how your sleeves were rolled half way up and your arms hung out rugged as crowbars.

Now you've got so much high technology you forget to get your hands dirty;
those dirty hands still count. Remember being a kid running like there was no tomorrow into every new task, how rails parted at your hands or were joined because of them.

Remember your shirt rippling where your muscles were, how you felt after a day in the mill, a day at chipping bricks, a day on horse or behind the plow, a day of sweat you know you earned.

You've got to be a kid again, a kid on the block, stepping out front of all the others on the block, shaking dust out of yesterday's ruts, running hard, working hard, sprawling with the Rockies at your back.

What have you got going now, America ? A case of nerves, some tattered dreams,
a rip in your denims, someone calling you names down a whole ocean? Someone speaks of the Gross National Product or product output or questions what a craft is or what a craftsman is. It's like he can't remember. Are your hands that lily white?

Hustle, America, run, and scratch and dig and sprawl. Be in love and work your butt off again. It's all you got.
TS
Read more 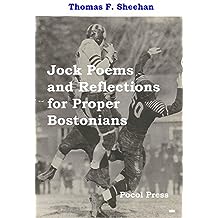 Jock Poems and Reflections for Proper Bostonians Mar 15, 2019
by Thomas F. Sheehan
$7.49
Drawing upon a lifetime of memories following Boston sports, Tom Sheehan reflects through poetry and narratives the agony and sweat of those engaged, along with their fandom.

Tom Sheehan is also the author of these fine short story collections: A Collection of Friends, From the Quickening and In the Garden of Long Shadows. 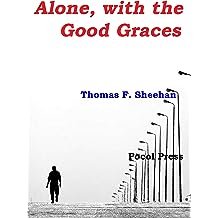 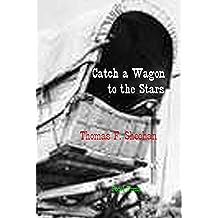 Catch a Wagon to the Stars Aug 24, 2018
by Thomas F. Sheehan
$7.95
Ride along shotgun with prolific author Tom Sheehan as he blazes new western tales across the prairie. In this collection, his 7th with Pocol Press, Sheehan pens moralistic short stories brimming with frothy beverages imbibed at a local saloon, passionate revenge, romantic sequences, and plenty of gunplay.
Read more 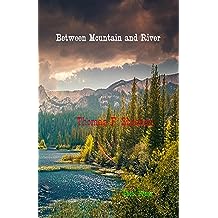 Between Mountain and River Jun 30, 2018
by Thomas F. Sheehan
$7.95
Author Tom Sheehan has stated that as a young man he owned five typewriters at one time. Inside each one were stories and fables, including many western yarns. Although he’s given up the typewriter for more modern technologies, Sheehan’s understanding of the mythic west in America remains as strong as a cowboy’s rope. Travel along, as those in the west traveled; on horseback, by stagecoach, and by wagon train, dust flying up into the face and dangers looming everywhere.
Read more 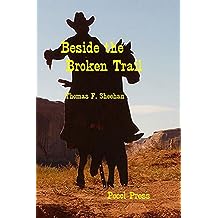 Beside the Broken Trail Dec 5, 2017
by Thomas Sheehan
$7.49
After a long day ridin’, ropin’, and sometimes rustlin’, cowpokes love to stop by a local saloon to wet their whistles. Card playing, loose talking, and fighting always ensued, some in good fun and others deadly serious. In this collection of stories, author Tom Sheehan rides and relaxes with them all. You’re in the right place for rollickingly good western yarns.
Read more
Other Formats: Paperback 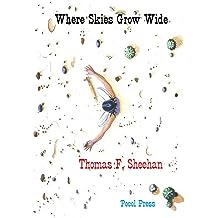 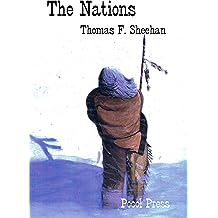 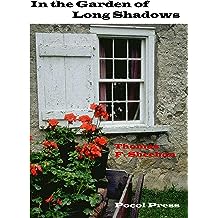 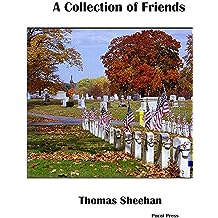 A Collection of Friends Oct 22, 2012
by Thomas Sheehan
( 1 )
$8.95
A Collection of Friends, by Saugus, Massachusetts author Tom Sheehan, is a unique memoir, is a collection of nostalgia, reflections, and impressions that give loving tribute to family members and others that have passed through the life of this grateful author. Through these stories, Sheehan illuminates his own time on earth from his Depression-era childhood to his journey into manhood. In between, Sheehan describes, with astonishing clarity, his deep and abiding respect for his grandfather Johnny Igoe who instilled in him the writing muse, the sacrifices made by those in uniform, and memories of his beloved hometown of Saugus.
Read more
Other Formats: Paperback 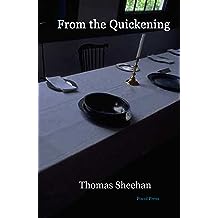 From the Quickening Oct 17, 2012
by Thomas Sheehan
( 1 )
$8.95
This short fiction collection by storytelling master Thomas Sheehan explores the human condition from soaring heights to depraved depths and everything else in between. If John Donne had not penned his line “any man’s death diminishes me, because I am involved in mankind”, Thomas Sheehan certainly would have.
Read more
Other Formats: Paperback 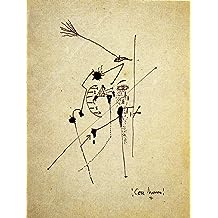 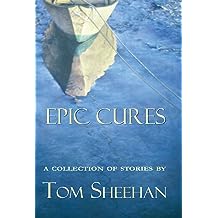 Epic Cures May 26, 2011
by Tom Sheehan
( 3 )
$7.99
Epic Cures brings together twenty-two short stories by award-winning master storyteller Tom Sheehan. Alan Lupo, of the Boston Globe, says, "Tom Sheehan dissects the life of everyman, for in peace and war and all the trauma and joy in between, he has known everyman. He masters the details of memory, in sight, sound, smell and feel, so that memory becomes memorable. Sheehan has the soul of John Dos Passos, of Carl Sandburg." Sheehan offers the cure for those readers who believe that only the novel can deliver the epic tale.